The Johnnie Jackson era got off to the perfect start on Saturday afternoon as AFC Wimbledon ran out as convincing 2-0 winners over Bedford Town at The New Eyrie.

Billed as a match that was arranged as a way of getting game time into the squad, the men in yellow certainly didn’t play the occasion and quickly got into their stride.

Our quality in possession and neat passing triangles proved to be too tough for the Eagles to handle and it didn’t take long for the vast gap in divisions to shine through in this pre-season clash.

Well-worked goals from Luke McCormick and Zach Robinson provided the travelling Wimbledon fans with something to savour for their journey to Bedfordshire, whilst there was also welcome run-outs for plenty of our Academy graduates as our coaching staff looked to utilise all of their options.

All in all it was a solid performance and it certainly offers a good platform from which our new manager can build a philosophy moving forwards.

Jackson looked to get 45 minutes into all of his players for this first pre-season game, with two different 11s taking to the field in each half.

In the first period the Dons started with a fluid 3-4-3 formation with Jack Currie and Dylan Adjei-Hersey operating as attacking wing-backs. 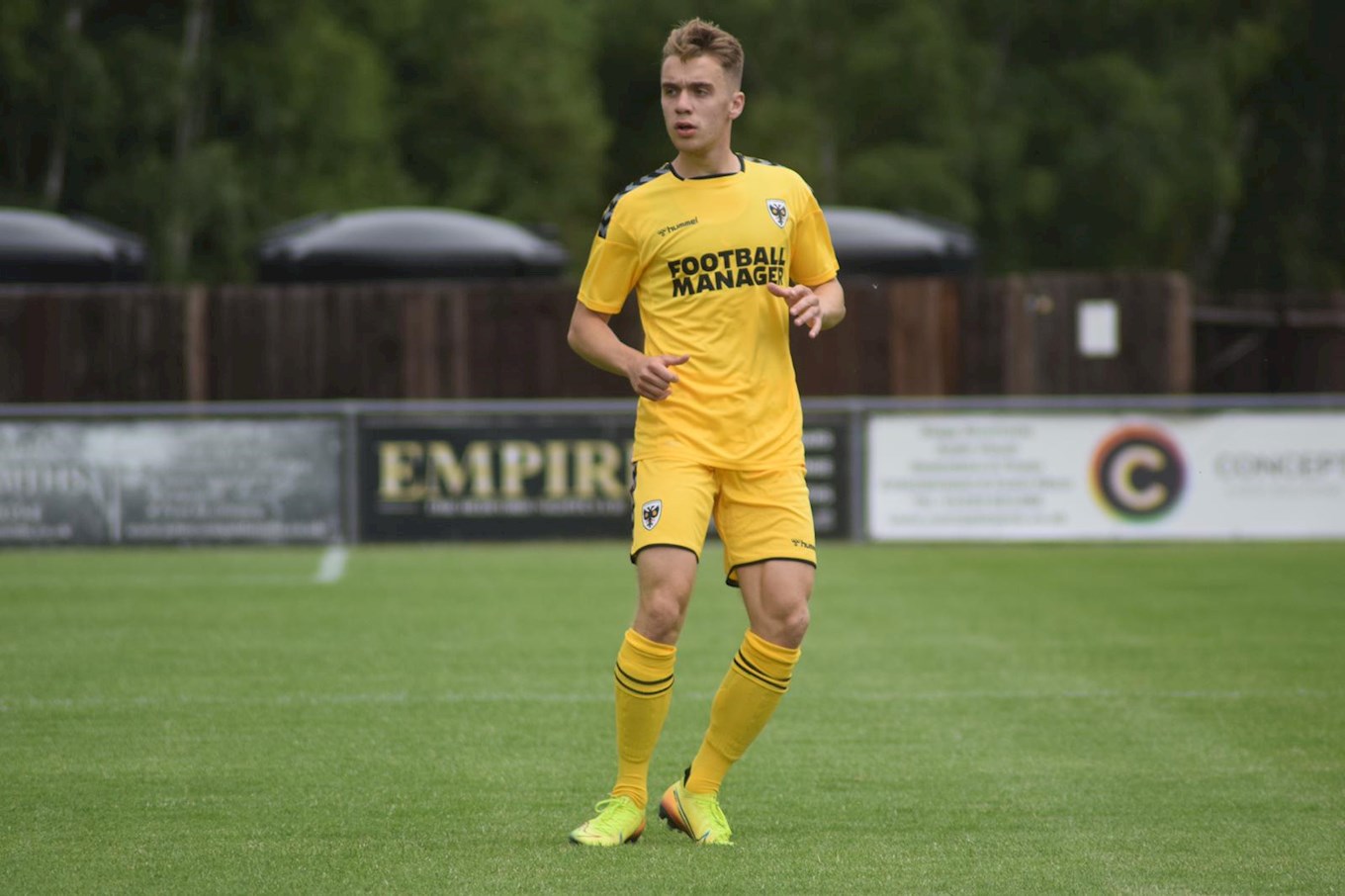 Despite the fact that this was our first run out of the 2022/23 campaign, the game started at a brisk pace, Adjei-Hersey offering good width from out wide early on.

This strong start was almost rewarded with the opening goal of the game as the lively McCormick managed to scamper in behind, with the attacking midfielder being unlucky to see his lobbed shot cannon back off the crossbar.

Adjei-Hersey continued to offer a good threat down the right and was next to go close as he saw his shot comfortably saved by Alex Street. 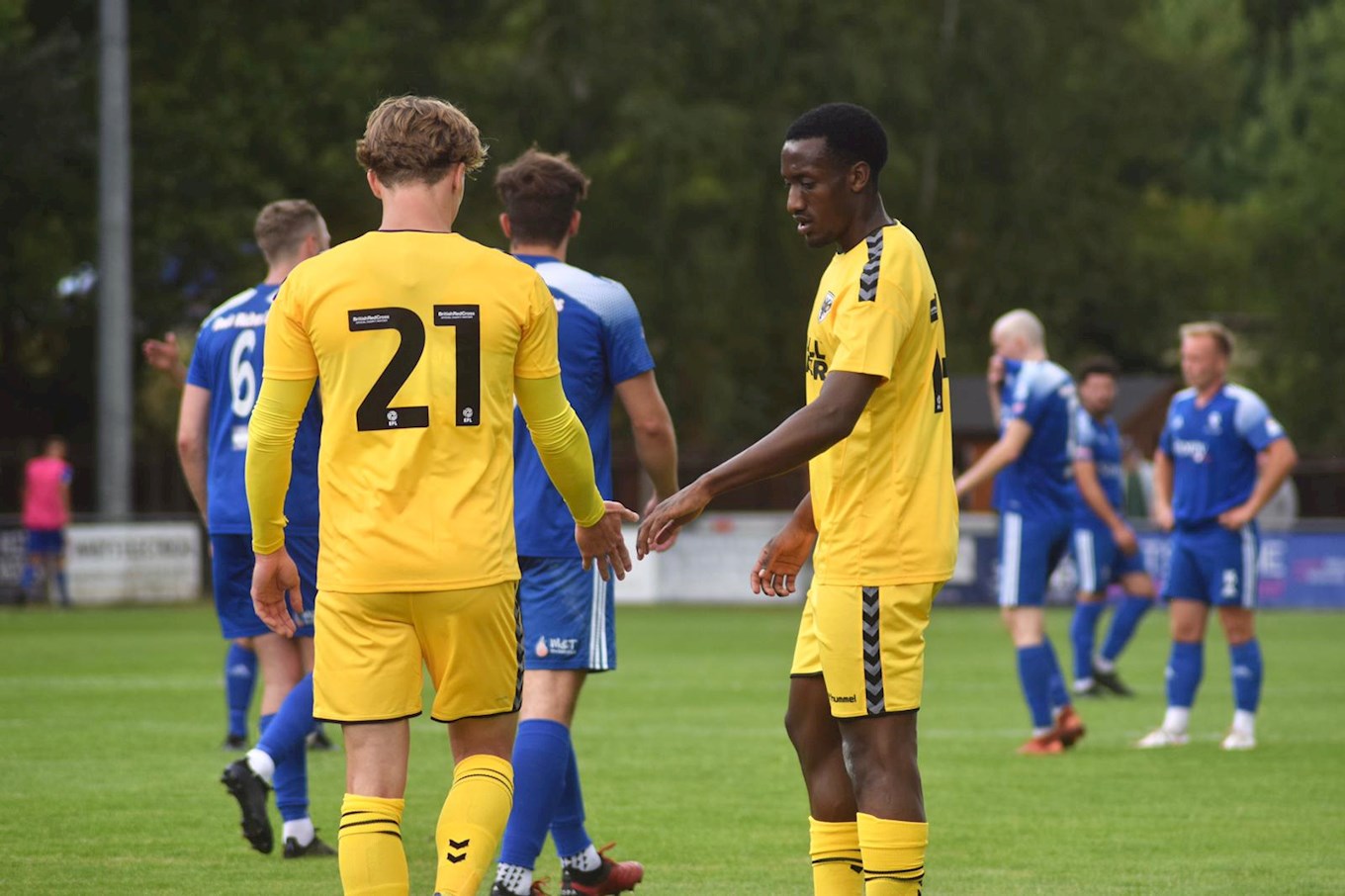 Wimbledon didn’t have to wait much longer to make the breakthrough, McCormick making no mistake this time as he skillfully rounded the goalkeeper to tap home into an empty net.

It continued to be one-way traffic in the first half, with Robinson being next to get on the scoresheet as he fired home from close range after getting on the end of a cutback.

Bedford offered minimal threat in truth and in the end it proved to be a comfortable first 45 minutes for Jackson’s men as the two teams trooped in at half-time.

With the entire Wimbledon side being changed at the break it offered another batch of players their first chance to get some game time.

Aaron Cosgrave’s link up play with our two trialists was certainly a highlight during the early knockings of the second 45 minutes, whilst Ethan Sutcliffe was assured on the right-hand side of the back three alongside Paul Kalambayi and Lee Brown.

Nathan Broome had to stay alert to cut out a dangerous low cross midway through the half, with the young goalkeeper showing great awareness on his first appearance in a Dons shirt. Cosgrave then went close at the other end as Wimbledon sought to increase their advantage.

In the end it was a simple win for the Dons, with the first-half goals proving to be more than enough to get our pre-season campaign off to the perfect start.