Past matches on 14 April have been very kind to AFC Wimbledon and two years ago came an away day that is rightly revered by Dons supporters.

With a 2-0 half-time deficit at Walsall, Wimbledon appeared to be heading back to League 2, before a second-half goals blitz changed everything. Joe Pigott followed up Lyle Taylor's saved penalty to reduce the arrears, before Taylor struck the equaliser, and Dean Parrett converted an injury-time spot-kick to earn a dramatic 3-2 win.

The victory also had added significance as it was our annual Volunteers' Away Day and Parrett's last-gasp winner signalled a Dons party in The Midlands. It also led to one of John Green's entertaining vlogs - our famous American friend posting his own unique take on "The Walsall Event."

Delving further back into the archives, Wimbledon also achieved a vital away result on 14 April 2012. Sammy Moore struck a fine goal at Crawley Town, as Terry Brown's men secured a 1-1 draw that ensured League 2 safety in our first season back in the Football League. There was a Wimbledon victory for different reasons back in 2007. Richard Jolly struck the only goal in a win at Folkestone Invicta that kept alive hopes of promotion in the Ryman League Premier Division.

Take a look below at highlights and celebrations from the win at Walsall, plus John Green's vlog on the victory. A picture below also shows Sammy Moore striking that important goal at Crawley. 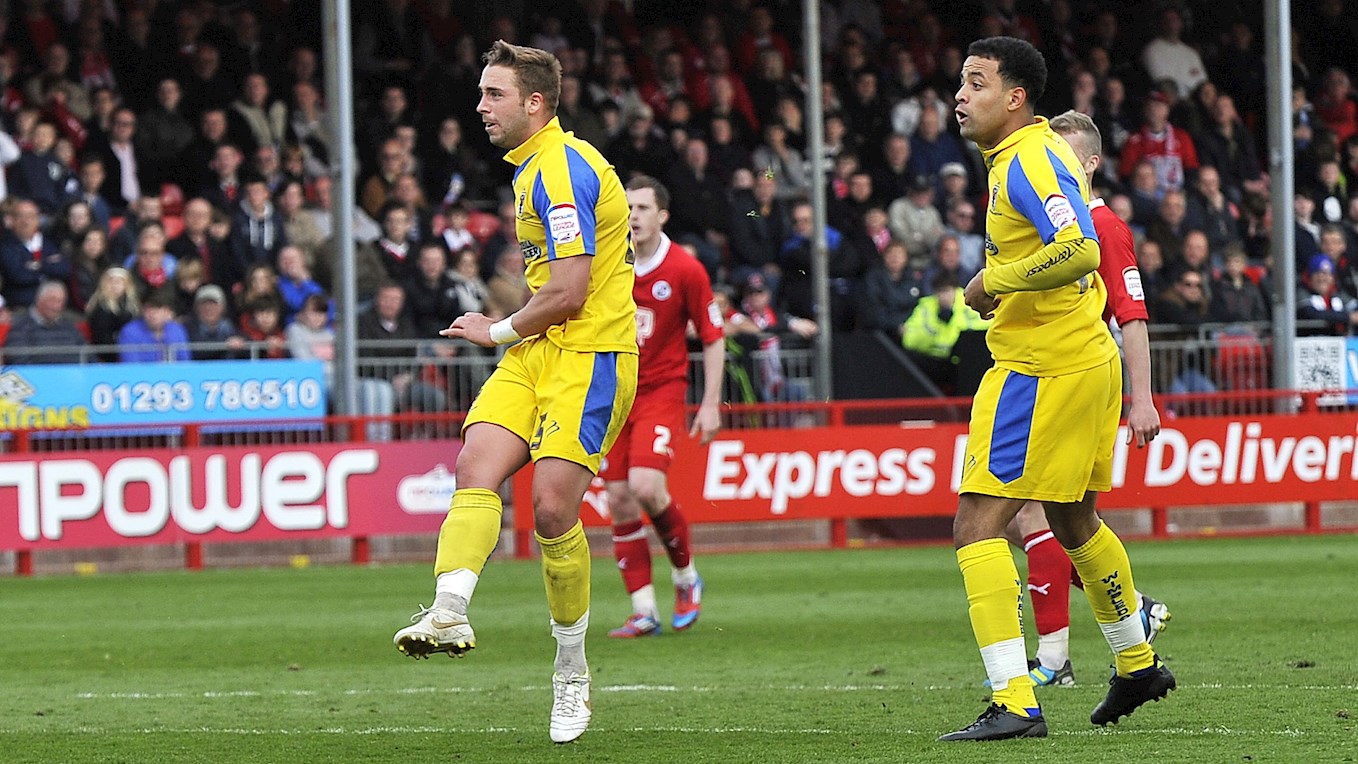