Glyn Hodges has stepped up his summer squad revamp by completing the loan signing of Brentford midfielder Jaakko Oksanen.

The 19-year-old, who has made three first-team appearances for the Bees, signs on a season-long loan deal and our manager believes that the defensive midfielder’s talents will provide a big boost to the squad for season 2020/21.

Jaakko, who will wear the number 16 shirt for Wimbledon, is the third loan signing from Brentford in the past year with Marcus Forss and Mads Bech Sorensen having also worn blue and yellow.

Just a day after we announced the signing of Ethan Chislett, Glyn has made it six signings this summer with the arrival of Jaakko.

Glyn said: “The two players we had from Brentford previously were fantastic and now we’ve signed another young boy from Finland who is making his way in the game over here. It’s a great tie up with Brentford. The way they play suits us and Brentford is on our doorstep, so why not? The way that the other two lads enjoyed it and thrived here can only be good for both clubs.

“We are delighted to have Jaakko here and he will definitely add something to the team. He’s a holding midfielder, so he has a lot of discipline and he will screen in front of the defence, but he’s also a good footballer. Jaakko will get stuck in and he has got a great engine, he will get about and put his foot in, but on the ball he can also see a pass. We’ve seen glimpses of it and he’s a good fit.

“I like the Scandinavians because I think they are of a similar mentality to us, similar personalities and humour. They are strong and competitive, so it’s a good fit and another piece of the jigsaw.” 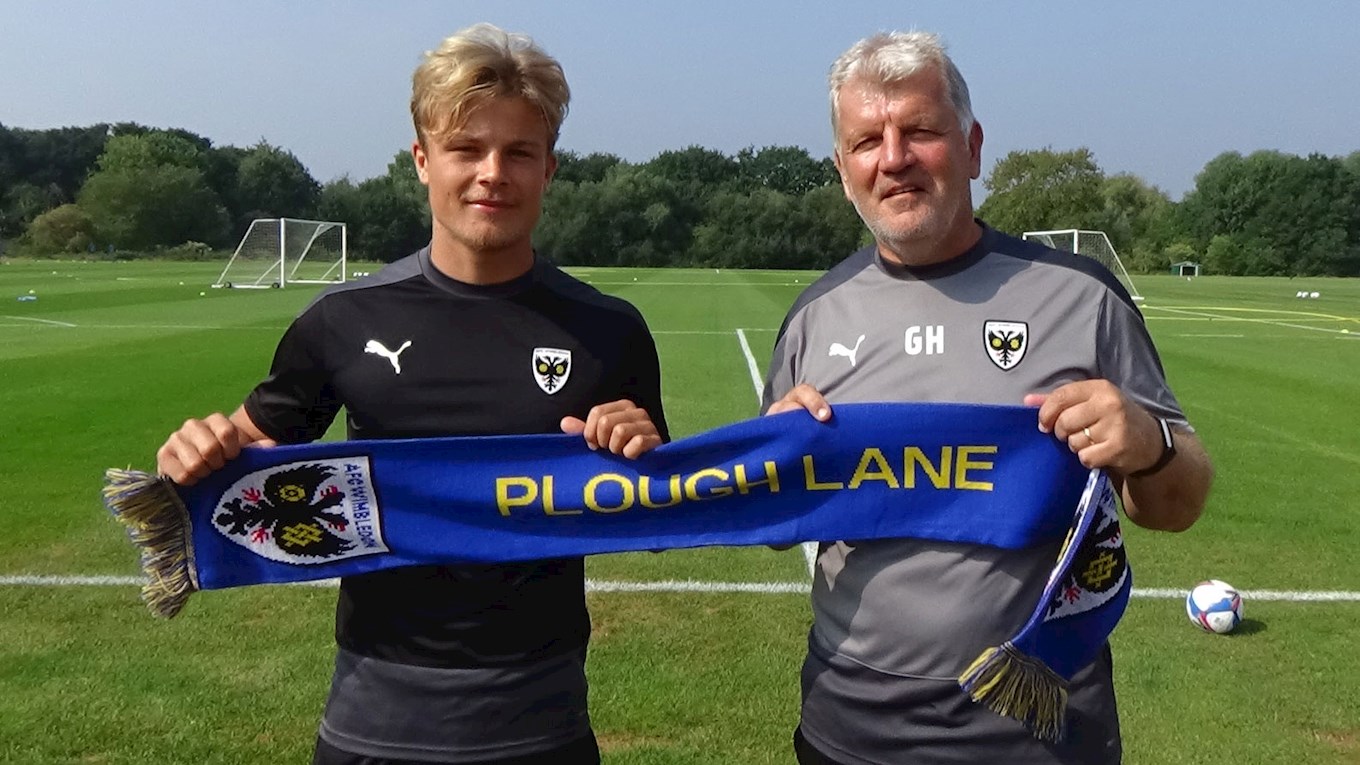 Jaakko, who was born in Helsinki, joined HJK Helsinki’s academy as a boy, playing for the reserve team Klubi 04 for the majority of his time in Scandinavia, before making one first-team appearance at the age of just 16. After signing for Brentford in January 2018, Jaakko has been a regular for the Championship club’s B team and he made his first-team debut in a 3-0 win against Preston in May 2019.

After signing for the Dons, Jaakko spoke about the loan move coming at the right time in his career – and he added that it will be an honour to play for Wimbledon at Plough Lane.

“It’s great to get the deal done and to get started with the lads,” said Jaakko. “Marcus did really well here and it made my decision easier as I knew something about the club through him.

“It will be an honour for me to play for the fans here and at a new stadium – I can’t wait to get started. My whole aim since I arrived in England is to play football, for the fans, and to enjoy the game. That’s what I’m trying to do here. Brentford have looked after me well, and I’m really pleased with that.

“I made my debut against Preston and that was a great time for me. I didn’t get that much playing time (in the first-team) last season, so hopefully I’m going to gain that from Wimbledon this season. It’s massive step for me to come from B team football to professional football when you are competing for the points week in and week out.

“I’m a technical midfielder, good on the ball. I want to dictate the game, to have the ball at my feet, and to help the team to win games. I want to do a lot of work on the pitch. My biggest role model is Miralem Pjanic at Juventus. His coolness on the ball and the way he plays is really impressive.”

Click on the link below to watch Jaakko's first video interview after signing for the Dons. Thanks to Mark Fuller for the pictures of Jaakko in action for Brentford.