We are delighted to announce the loan signing of 24-year-old goalkeeper Connal Trueman from Birmingham City.

Connal, who made 10 appearances in the Championship last season after signing a new contract with the club he joined as a boy, signs for Wimbledon on a season-long loan deal.

Glyn Hodges said that Connal is a goalkeeper who he has tracked for some time after a glowing recommendation from a respected figure in the game.

“Connal has been on my radar for a while,” said our manager. “Kevin Hitchcock, who is a friend of mine and was Goalkeeper Coach at Birmingham when Zola was manager, told me about Connal a long time ago. When he became available we took the opportunity to sign him and we are delighted to have him on board. Connal is at a great age and he could potentially end up being the Birmingham number one so we have got him at a good time and he’s hungry to do well. He is forging a career for himself and if he comes here and does well for himself it will be great for both parties.” 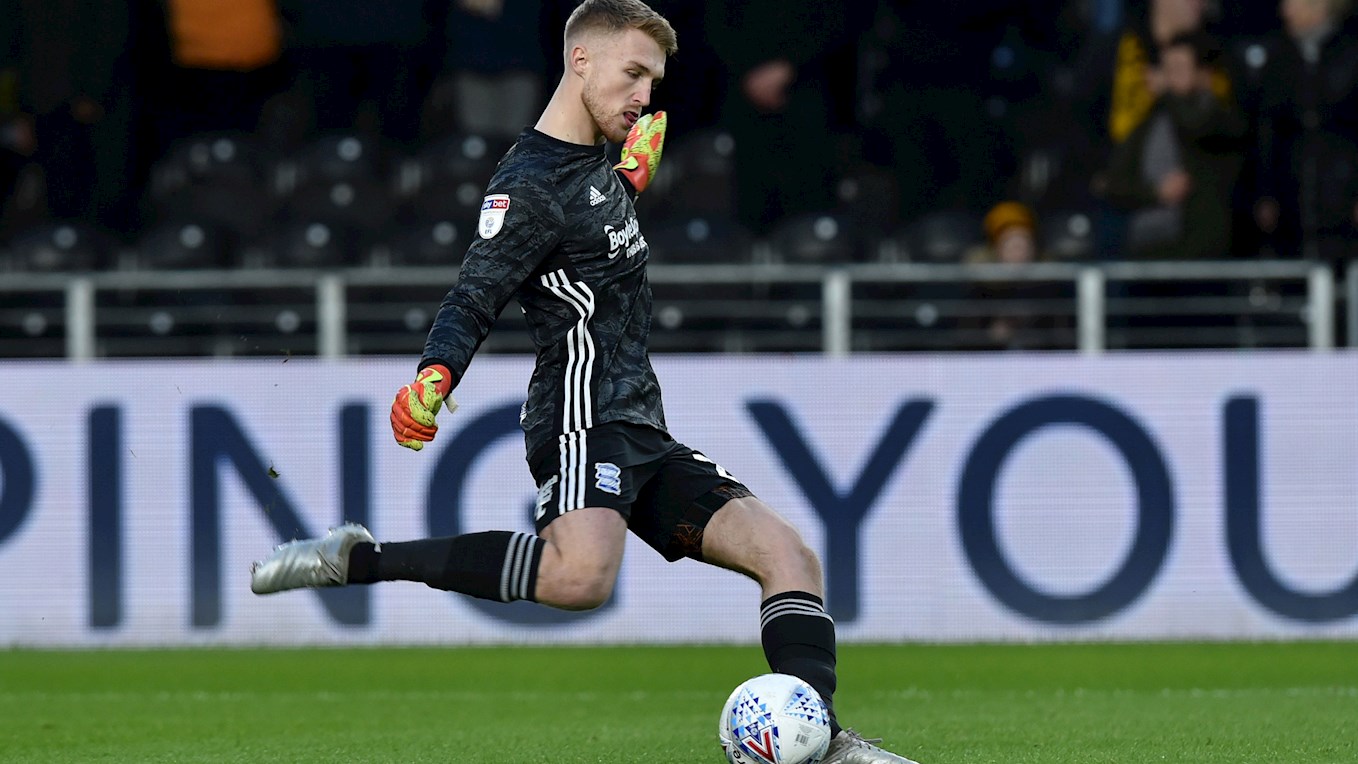 Born in Birmingham, Connal was handed a first-team squad number ahead of Blues' Sky Bet Championship away fixture at Blackburn Rovers in October 2014, but it took until the opening day of the 2018/19 season before he made his debut in the 2-2 home draw against Norwich City.

Connal, who has previous loan spells at Leamington and Solihull Moors, is excited by the opportunity to progress his career at Wimbledon – and to play in our new stadium at Plough Lane.

“I was excited and keen to get the deal done," said Connal. "Everything I’ve heard about the club has been positive so I’m just looking forward to getting going now. Everything that comes with the new stadium at Plough Lane is a massive draw. When you look at the plans, it looks like it is going to be a great stadium, so that was definitely a massive pull for me. I’m looking forward to getting out there and doing the business. In the last couple of years the club has done really well to stay in the division, but now we are looking to kick on a bit. Everyone I’ve spoken to so far has got a really good energy about them and I’m looking forward to working with them.

“I’ve talked to the Manager, Nick, and Bayzo. I have spoken to Bayzo a few times and he was just really keen on me coming in. He wants me to be myself, get out on the pitch and make the saves, and see where that takes us. In the last couple of years I’ve sat on the bench and not played as much football as I would have liked, so hopefully that's what this loan is all about: getting game-time and the experience that will take me to a new level. Hopefully, if I can earn the manager’s trust and do the business on the training pitch I can get myself in the starting 11.”

Connal will join our first-team for training next week and he talked about his excitement at making the move south in an interview on Zoom with Rob Cornell. Take a look below at the full interview.