As we continue our countdown to the new season, we take a look back at a match when our current manager was in the thick of the action at Plough Lane!

Fierce rivals during the Dons’ early years as a Football League club, Wimbledon and Donny have resumed their acquaintance in recent seasons. Today, we look back on a tense 1981 encounter when both clubs were vying for promotion to Division Three.

Despite openly admiring the Leeds team he had captained so successfully, Dave Bassett was hardly a bosom pal of Doncaster player manager Billy Bremner. Having taken over from the departing Dario Gradi in late January, the new Dons boss was putting into practice some of the 'dark arts' learned from the great Yorkshire side, meaning the top-of-the-table clash with Rovers was not for the faint-hearted.

Deservedly taking the lead after half an hour when defender Mick Smith headed Glyn Hodges' left wing cross back across the face of the goal, allowing Alan Cork to score his 26th goal of the season from five yards out, the hosts allowed Rovers, prompted by their tubby, grey haired player manager, to control the second half. But with veteran goalkeeper Ray Goddard extending his run without conceding a goal to 320 minutes, the Dons held on claim an important victory.

Both clubs were destined to be promoted that year and two feisty Third Division encounters followed the next season. While Scottish international Bremner was undoubtedly the better player, Bassett proved his managerial master. Within six years, the Dons, with future AFC Wimbledon bosses Wally Downes and Glyn Hodges in their ranks, were playing top-flight football. They were set to be just as controversial as Don Revie’s Leeds outfit.

The picture above (taken by Paul Willatts) shows Billy Bremner talking to the referee while Glyn Hodges lines up a free-kick.

PIC: Tommy Cunningham and John Leslie lead the protests after a Mick Smith (centre) effort has been disallowed (Paul Willatts). 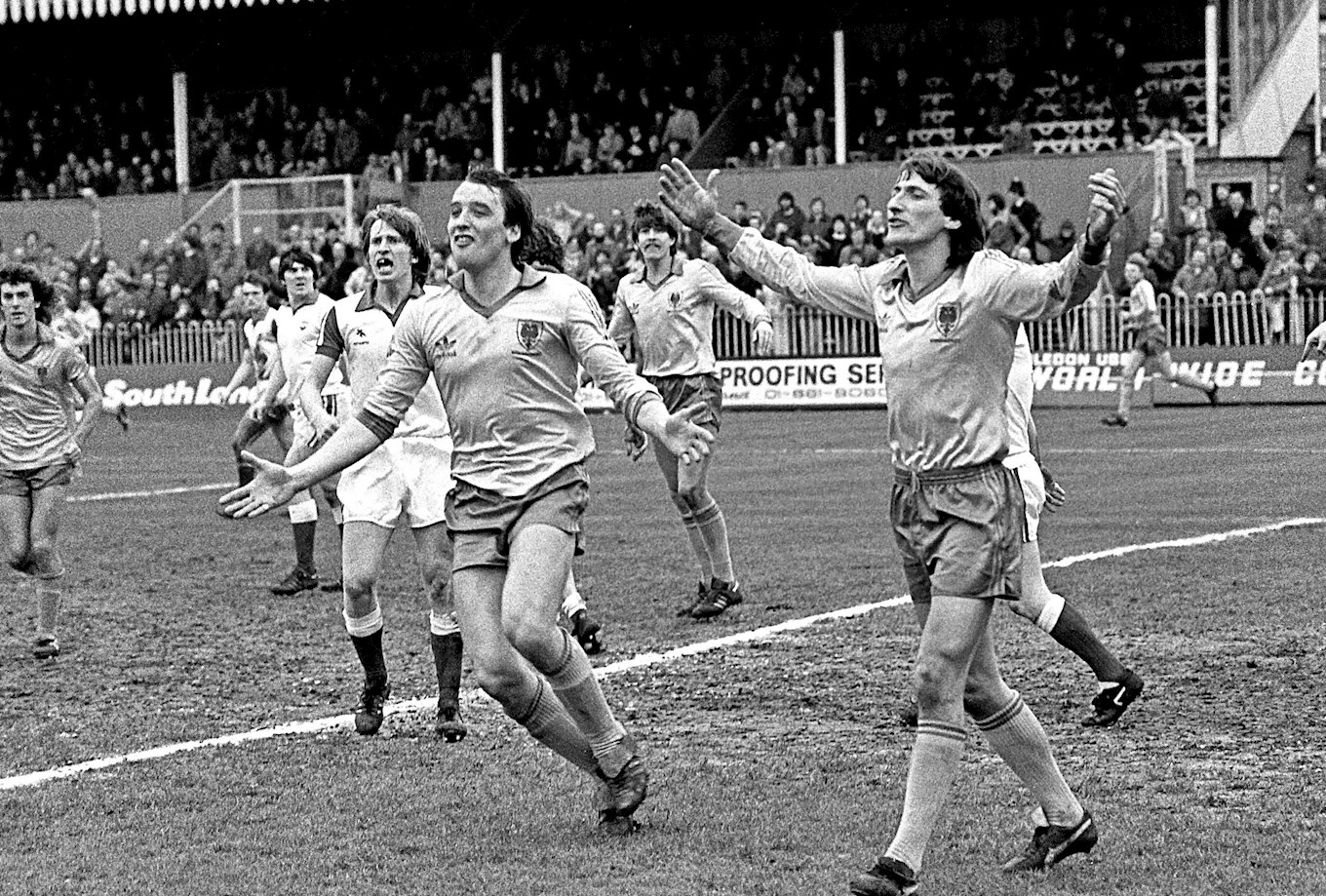