Glyn Hodges has been delighted with the response of his squad since they returned to training two weeks ago.

Following the 5-0 win at Corinthian Casuals, Glyn praised the attitude shown by the players and the work of Sports Scientist Chris McConnell in getting them ready for match action.

Our manager said: “We are looking fit, quite lean and mean, and it was nice to blow some cobwebs away, but it was also important for the players to take on board what we are trying to do. It was a different second-half, and they posed us a few problems.

“The kids have done well. The second-year Under-18s have been training with us and seven or eight of them come and played today. They were tremendous. We need them at the moment and we will give them more minutes.

“We’ve recruited some good players and the boys have come back in a good place. I think everybody, particularly after the 154 days without a game, are ready to go, and hungry. There are more games to come in pre-season, but let’s get as much enjoyment out of it as we can.

“Chris is on top of things, he’s well prepared, and it’s structured. We have a plan that we are working to and it might sometimes go a few minutes over, but we know exactly what are building towards. The ultimate is 12 September and the idea is to have a full squad to pick from.”

Asked about the prospect of more new signings during the coming week, Glyn said: “There might be a couple more announcements. One has agreed, who we will announce. Connal Trueman will be in on Monday to train, so he will be another new face coming through the door. It’s good at the moment and it’s added to what was already a good feeling amongst the group.”

“Young Troy getting a hat-trick was pleasing for him and pleasing for everybody,” Glyn added. “It was great finishing from him and he could have scored another, but the keeper made a good save. I felt it was good that ‘Pigs’ set him up twice when he could have shot himself. There were some good signs and it’s always nice for a young boy to come in for 45 minutes and have that impact. He’s probably one to keep an eye on for the fans.”

The pictures below (taken by Andy Nunn) shows Troy Chiabi striking his hat-trick. 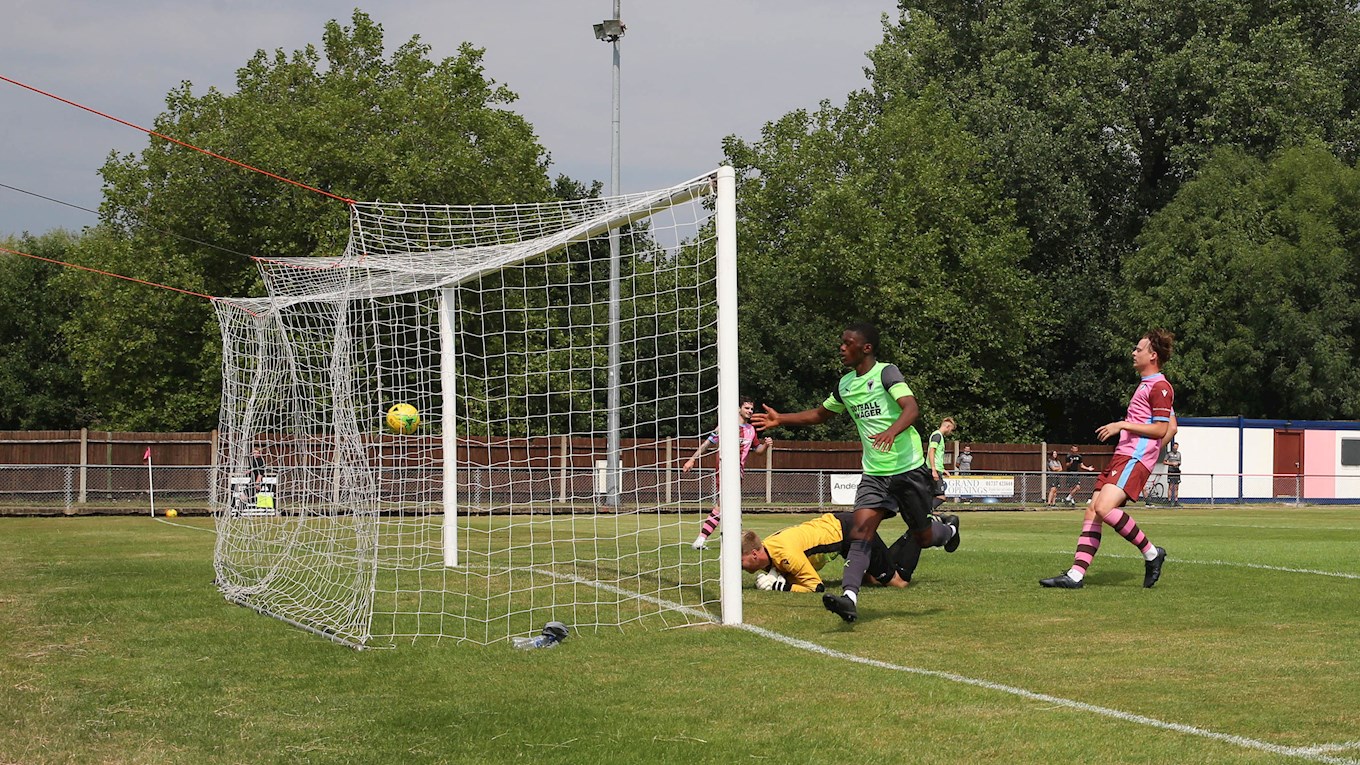 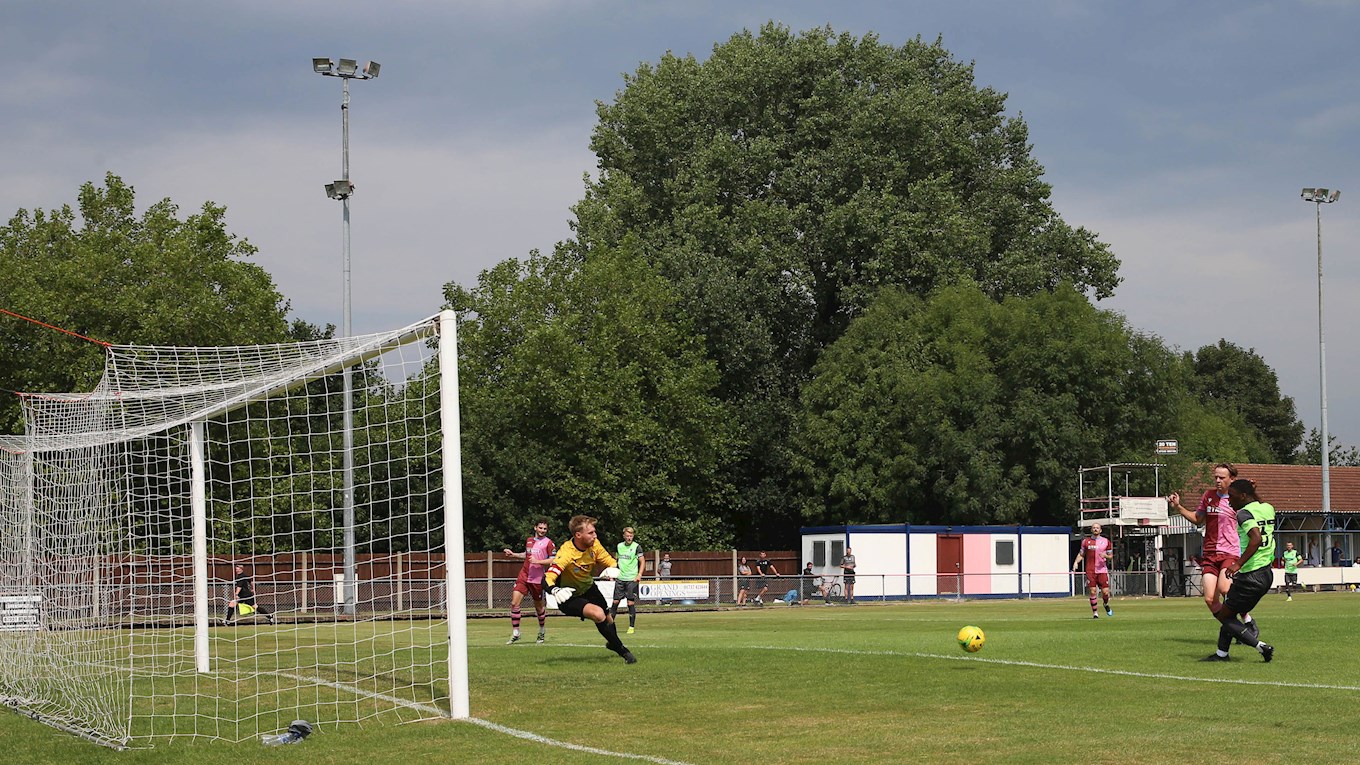 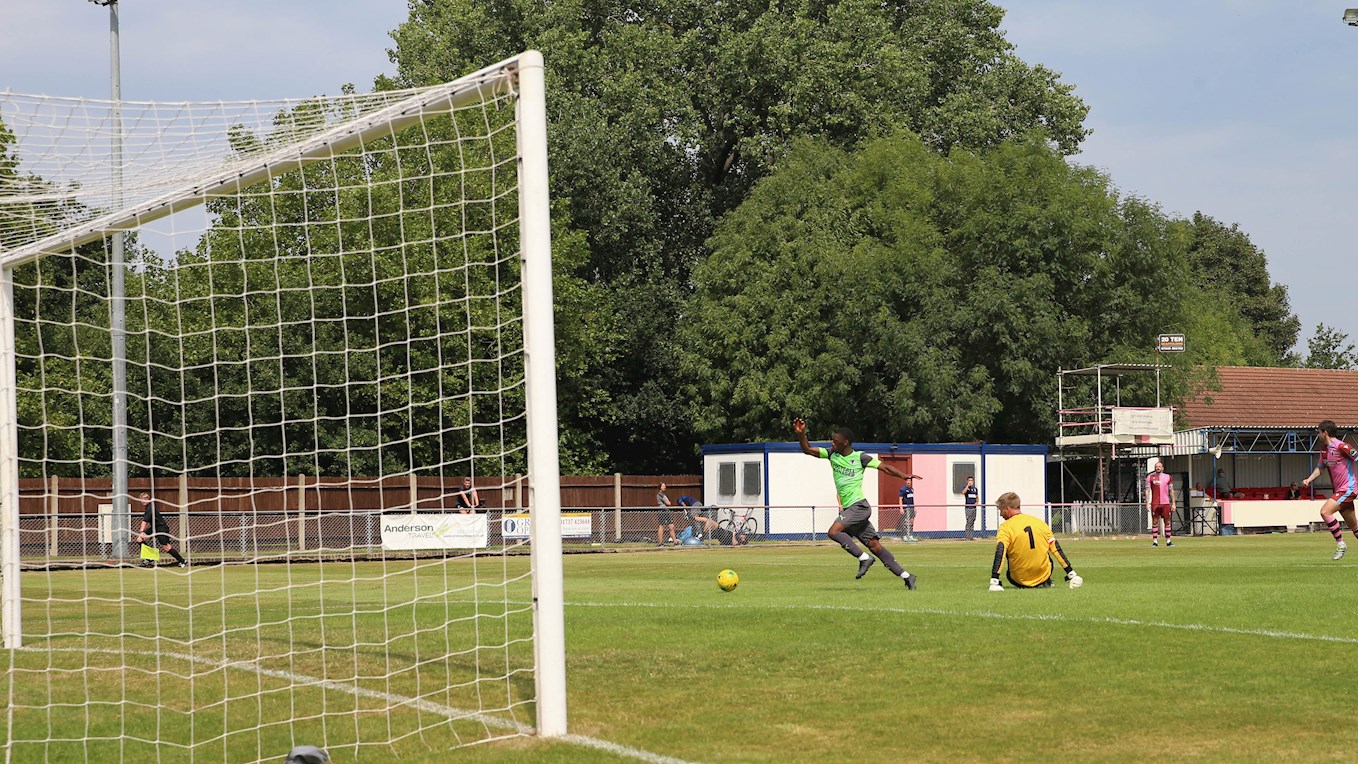