With Wimbledon soon to return to the club's spiritual home, we are taking a look back at the history of our original stadium in Plough Lane.

Here we recall how the stadium was developed in the 1930s and played host to huge audiences. As the picture above shows, a crowd (around 5,000 fans) gathered on the newly concreted west bank at Plough Lane for the first home game of the 1934-35 season, a 7-0 victory over Ilford. The church and row of houses on the junction of Plough Lane and Durnsford Road can still be seen today.

The Dons were on the up. Throughout the 1930s, as interest in amateur football grew, Wimbledon were among the leading lights of the Isthmian League. Seeking to upgrade their Plough Lane home during the summer of 1934, the earth banking at either end of the ground was made higher and terraced, the corrugated iron that surrounded the playing area was replaced by pitch-side railings, and the main stand was repainted and the away dressing room enlarged.

With an official capacity of 30,000, the club was hoping to be rewarded by being given the privilege of staging an amateur international at their SW19 home, but the record crowd was to gather for an Amateur Cup tie. Military and factory sides entered the competition in those years and a team of sailors from HMS Victory caught the public’s imagination by drawing with Isthmian League Leytonstone four times, before beating them in a second round, fourth replay held at Plough Lane.

It meant that when they returned to SW19 for a third round tie against Wimbledon a record 18,080 crowd packed into the ground, many hoping to see the naval men produce another giant killing. But ‘Doc’ Dowden and co were having none of it and won 3-0, before going on to meet the powerful Bishop Auckland team in the final. 23,000 watched a goalless draw at Middlesbrough’s Ayresome Park before more than 32,000 spectators saw the Dons lose the replay 2-1 at Stamford Bridge. 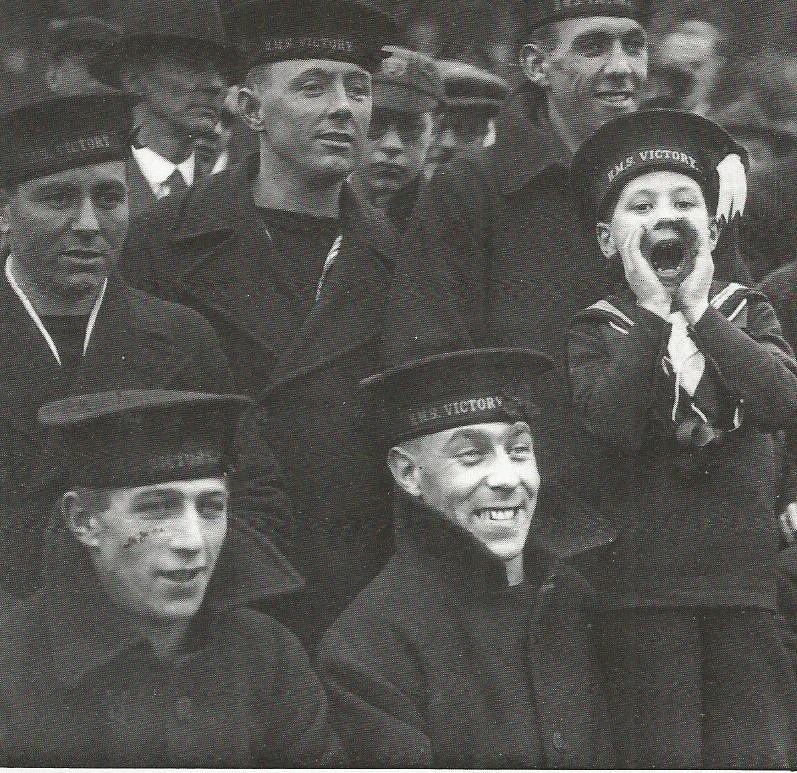 The picture above (taken on 2 March 1935) shows sailors from HMS Victory in the record crowd at Plough Lane.

Archive material is written by Stephen Crabtree, the editor of the Historical Don. To sample a copy contact him at thehistoricaldon@sky.com .