With the Dons soon to return to their spiritual home, we’ve this month been featuring a historical guide to key moments at our old home in Plough Lane.

Today we turn the clock back to 1962 and a time when chairman Sydney Black had overseen significant improvements to the stadium, while Les Henley’s team were reaching new heights on the pitch.

Taken on 3rd November 1962, the above image is the first known colour picture of Plough Lane, capturing the action as the white shirted Dons take on Colchester United in the FA Cup.

His words were to prove prophetic. Speaking at a celebration dinner after the 1962 Isthmian League title had been won, Club President and Wimbledon MP Cyril Black showed remarkable prescience when he told 200 guests: “Few amateur clubs have such an impressive record and next season I am confident that they will win the Amateur Cup. Wimbledon are undoubtedly the premier amateur club in the country and their achievements bring credit and distinction to the whole town.”

His brother Sydney, the club chairman, announced that a further £6,000 would be spent on Plough Lane over the closed season. The floodlights were now two years old and the improvements that summer included modernising the dressing rooms, laying a running track around the perimeter of the pitch and improving and extending the supporters club bar to the back of the main stand.

On the field it proved to be the Dons’ best ever year. Third division Colchester United were knocked out of the FA Cup at Plough Lane, the Isthmian League was won for the second successive season and Roy Law and co finally got their hands on the Amateur Cup.  The final at Wembley featured four headed goals from the prolific Eddie Reynolds – a feat that has never been equalled to this day. 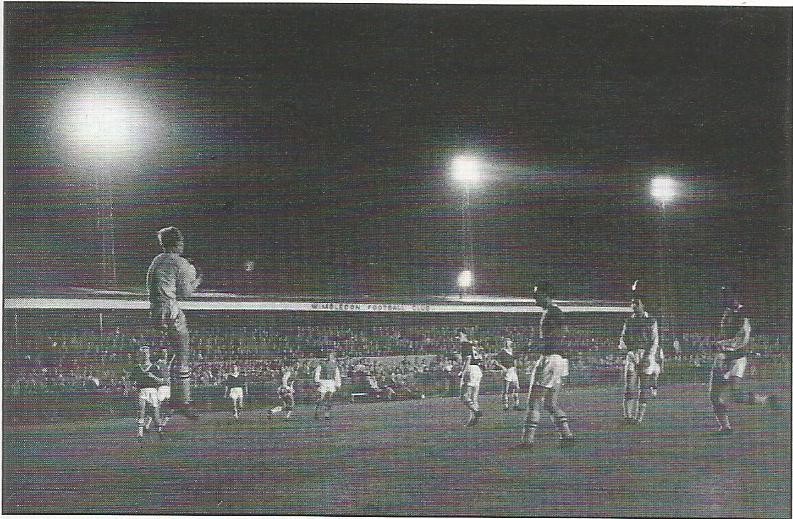