With Wimbledon soon to return to the club’s spiritual home, we take a look back to a vital time in the mid-1950s when newly appointed Chairman Sydney Black reignited our fortunes.

The Dons had been in decline, but the committee that ran Wimbledon FC asked the local businessman, county councillor, and sports fanatic, to take over as chairman.

The picture above shows Plough Lane from the air in 1960. Wimbledon Stadium, the site of our new ground, can be seen in the foreground, with the original Plough Lane to the top of the shot. During the summer, the west back had been covered and floodlights installed.

The arrival of Sydney Black heralded the birth of the modern Wimbledon. Selection by committee was abolished as the new chairman appointed coach Les Henley to have sole charge of the first team, a group was set up to oversee the redevelopment of the ground and a youth team was established to bring talent to the club. Change was slow and in 1957 Black and Henley made the controversial decision to match many of their Isthmian League rivals by secretly paying players.

As Henley’s team started to flourish on the pitch, Black raised funds to develop the stadium. A £8000 supporters’ clubhouse was built on the Durnsford Road, the main stand was refurbished to remove most of the pillars that restricted viewing, the west bank was covered and a hard core training area replaced the allotments behind the main stand.

In the summer of 1958, Geoff Hamm, who had just won the Amateur Cup with Woking, was enticed to Plough Lane and his experience helped a young team boasting the talents of Roy Law, Eddie Reynolds and Brian Martin to win the club’s first Isthmian League title in 23 years. While Henley continued his ultimately successful quest for the Holy Grail, the Amateur Cup (won in 1963), Black’s next improvement project was the installation of the first set of floodlights at Plough Lane.

The picture below (taken on 7 January 1961) shows Peter Kenchington watching the ball run out of play during the Dons’ 5-0 Surrey Senior Cup victory over local rivals Tooting at Plough Lane. The supporters’ clubhouse in the background included two flats, both occupied by prolific marksmen. Wimbledon’s all-time record goal scorer Eddie Reynolds lived in one while Chelsea and England star Jimmy Greaves occupied the other. 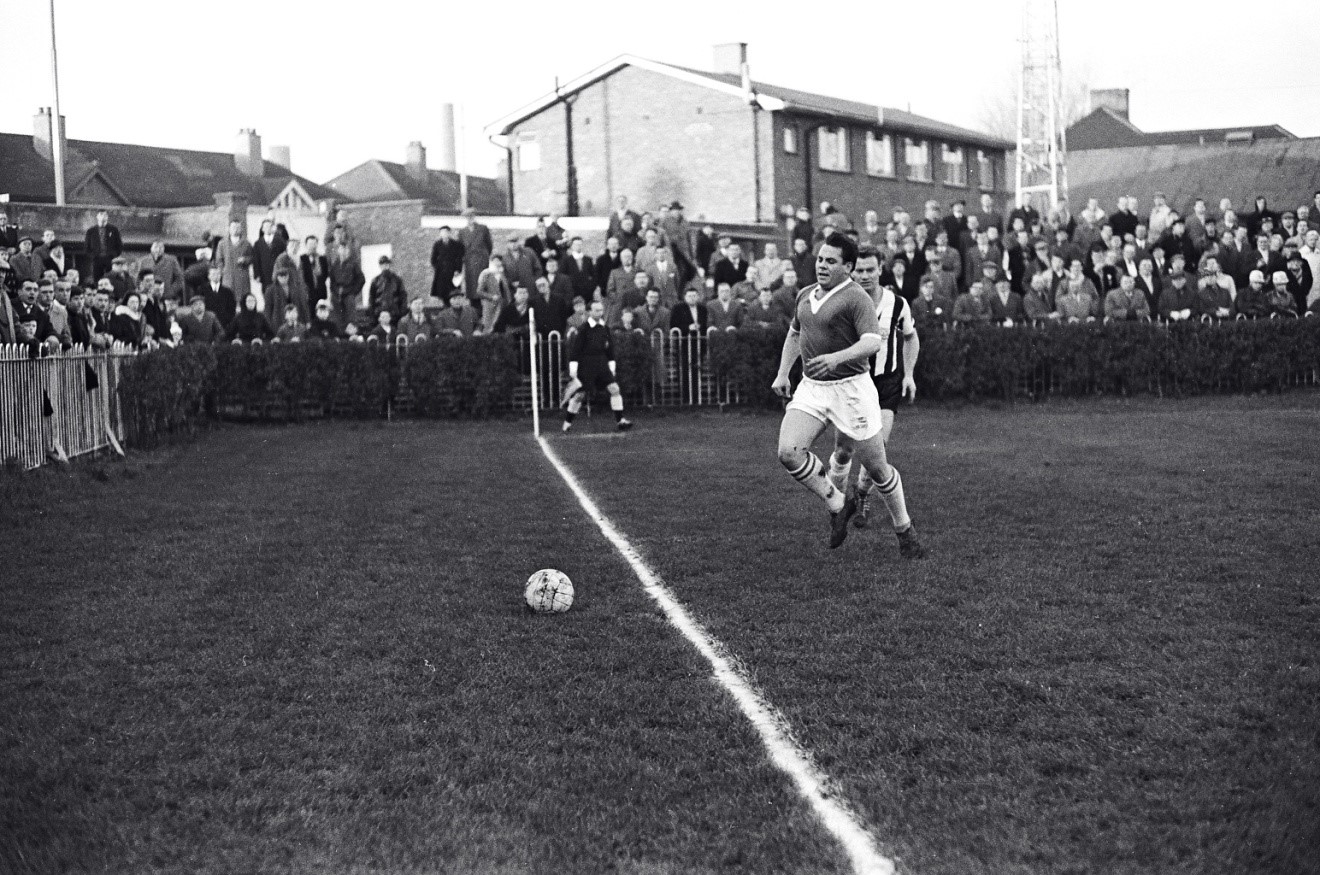 Archive material is written by Stephen Crabtree, the editor of the Historical Don. To sample a copy contact him at stephecrab@aol.com