For those that missed it in Saturday's online programme, Jane Lonsdale outlined the club's support for the Rainbow Laces campaign and the launch of Dons 4 Diversity.

The article by Jane, who is a Dons Trust Board member and Vice Chair of the DTB, featured in the Bristol Rovers programme on the day that Dons 4 Diversity was launched and it is reproduced in full below.

After a year of unprecedented events in and out of football, many fans have found themselves reflecting on what matters most.

The move back to Plough Lane gives us lots of opportunities to demonstrate the sort of club we are. A club that is welcoming, safe and a fun environment for fans in the LGBTQ community.

The Dons Trust Diversity and Inclusion group, working alongside Anne-Marie Godfrey, launched Dons 4 Diversity, coinciding with this week’s Rainbow Laces campaign – a reminder that sport should be inclusive for everyone.

Dons 4 Diversity is a supporter-run group for LGBTQ Wimbledon fans, their friends, and potential new Dons in the area! The aim is to have social gatherings and a members group when we return to a new normal. Dons 4 Diversity and Wimbledon are committed to creating a sense of belonging at Plough Lane.

Dons 4 Diversity also provides a social group that represents and supports the club in its work on the inclusion agenda ,as well as the national campaign to kick homophobia out of football. The group has been working with Anwar Uddin at Fans for Diversity and the many LGBTQ supporters' groups from around the country who have had fantastic success in linking with clubs in order to provide safe matchday experiences, whilst also helping to eliminate discrimination.

As well as the Rainbow corner flags, players wearing rainbow laces and warm up t-shirts, the Dons 4 Diversity flag was in the stands on Saturday. The flag has been kindly designed by one of the original club founders, Marc Jones, and sponsored by Fans for Diversity.

Let's make Plough Lane a home for our entire community. 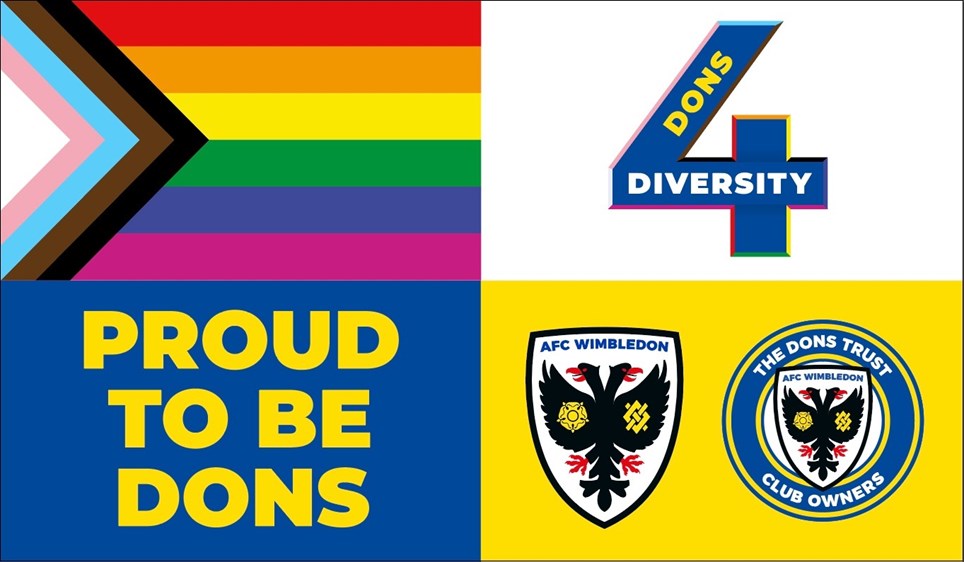 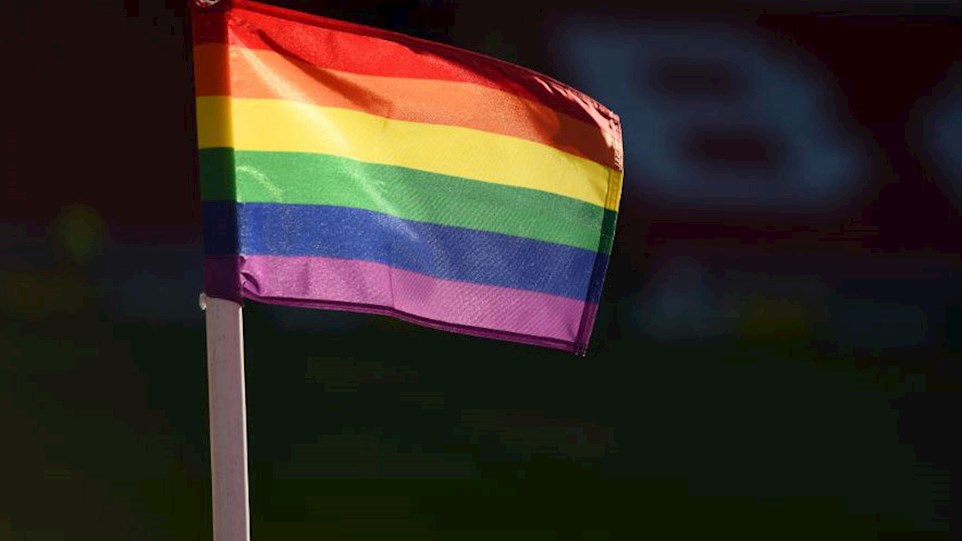 
AFC Wimbledon players and staff will be supporting Stonewall's Rainbow Laces campaign for the game against Southend United on Saturday.