Wimbledon will be defending a proud record that stretches back 40 years on Wednesday, writes Stephen Crabtree.

Whether at the old Plough Lane or Kingsmeadow, the Dons have never lost at home to Peterborough in a league match. However, Wimbledon were just seconds away from defeat when the two sides first met as Division Four rivals in October 1980. After the hosts’ full back Peter Brown had fired a first half penalty against the post, Trevor Quow had seemingly given Posh victory with a 70th minute goal. But the Dons refused to be beaten.

After John Leslie had scored the equaliser from an acute angle in the 88th minute, Steve Galliers chased down an injury time through ball, before crossing, and in the ensuing scramble Alan Cork was on hand to net the winner. "The fight back was brilliant,” Dario Gradi commented. “I believe that this team can go all the way." Although the manager departed for Crystal Palace in January, Wimbledon joined Posh in being promoted the following spring.

The picture below shows Peter Brown firing a first-half penalty against the post during the October 1980 meeting. 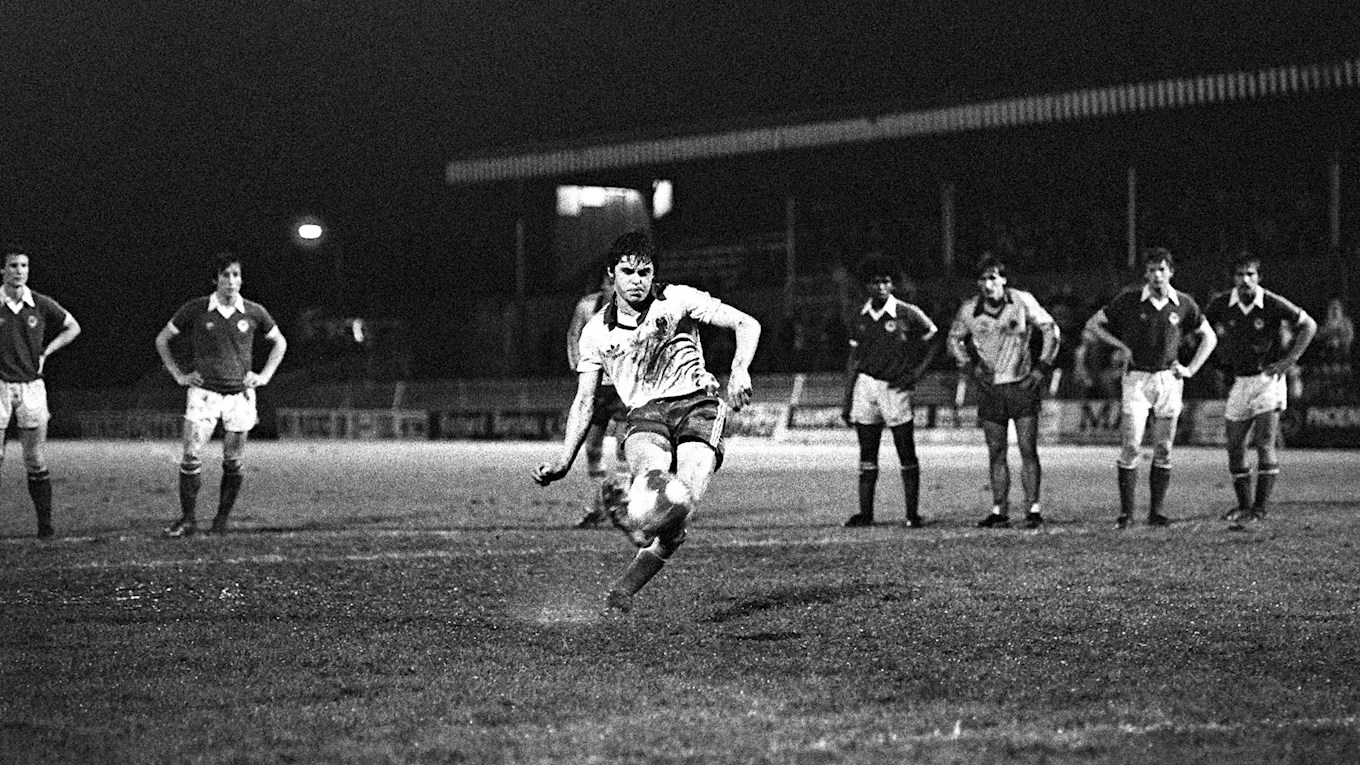 A good deal of water had flowed along the Wandle in the four decades before the two clubs last met in January 2020 when Joe Pigott’s fourth goal in five games gave the Dons victory in a match that was important at both ends of the League One table. AFC Wimbledon moved five points clear of the relegation zone, while Posh’s sixth game without a win dealt a fresh blow to their play-offs hopes.

A teenage player when the clubs first met, current manager Glyn Hodges was delighted with the result. “We showed a lot of effort and endeavour," he said. "I thought their goalkeeper was terrific, he made some excellent saves, but we kept going. I thought it might have been one of those days, but the goal by Joe Pigott was top class, he tucked it away well, and we managed to hold on when they came at us in the closing stages.”