A superb strike by Dylan Adjei-Hersey tonight secured a place in the third round of the FA Youth Cup for Wimbledon.

Reduced to 10 men in the 47th minute after Luke Jenkins was shown a second yellow card, the Dons had to show resilience to defy a spirited challenge from hosts Sudbury, Rob Tuvey's side edging home 2-1. Despite the narrow margin of victory on Sudbury's 4G pitch, going through earned a third round tie in the competition with the Dons to take on Burnley at Plough Lane. Certainly, the decisive goal by Adjei-Hersey was a goal fit to grace any stage, and merited a chance for our young Dons to play at the new stadium for the first time.

Rob Tuvey made three changes from the side that started the victory against Oxford United in the last round. Isaac Olaniyan, who had not played this season due to a serious injury, was handed a start and he was joined in the team by Dylan Adjei-Hersey, who had also missed the Oxford game due to injury, and Remi Onabanjo. Abdi Ali and Obed Yeboah were both on the bench after playing in that victory with Josh Hallard missing out on the squad due to concussion.

The hosts tried to rile Wimbledon early on by getting in a few physical challenges, but there was no shirking out of tackles from the young Dons as they stood up to the test. Julian Sarmiento-Ramirez, who scored the winner at Oxford, was intent on making his mark in Suffolk from the outset, and he struck a shot just wide of the target early on after cutting in from the right side onto his dangerous left foot. At the other end, Matthew Cox was given a shot to deal with, but it was a comfortable save, and Wimbledon’s defence protected him well.

Cheered on by a vocal home support, Sudbury attempted to put Wimbledon under pressure and Dons defender Luke Jenkins was booked for a late challenge. However, Jenkins was celebrating putting Wimbledon in front just minutes later. A free-kick was swung in from the left by Dylan Adjei-Hersey and Jenkins pounced to head home emphatically after the Sudbury keeper had failed to get there. After taking the lead, Wimbledon attempted to really make it count by spreading the ball around effectively. Sarmiento-Ramirez and Adjei-Hersey were constant threats on the flanks and the latter struck a free-kick over the crossbar, before also curling a shot just wide.

Though Sudbury had two more shots at goal before the break, Cox gathered both with ease and Wimbledon’s defensive trio of Ethan Sutcliffe, Isaac Ogundere, and Jenkins had stayed strong at the back. The half-time score of 1-0 to the Dons was evidence of a professional job so far by the Dons. First-team coach Mark Robinson, who guided the Under-18s to memorable FA Youth Cup runs in the past, was watching on from the stands offering support amongst a passionate home crowd.

There was a big turning point in this match two minutes after the break when Jenkins was shown a second yellow card for a late challenge. There was a let-off from the subsequent free-kick as Sudbury missed a great chance at the back post. Manager Rob Tuvey responded by making two changes with Abdi Ali and Ben Mason replacing Isaac Olaniyan and Aron Sasu.

As the pressure started to build, Alfie Adams had a great chance for the hosts, but he fired over the crossbar, before Luke Hipkin struck a free-kick that bounced off the top of the crossbar. Despite a spell of home pressure, the Dons stayed strong at the back, and Isaac Ogundere summed up the fighting spirit required as he went off for treatment, before returning with a bandage to his head. With home hopes increasing of an equaliser, Wimbledon got exactly what was required in the circumstances - and what a goal it was too. Adjei-Hersey stepped up to try his luck from a free-kick 30 yards out, and he executed it to perfection with a superb strike that arrowed into the bottom corner.

Substitute Obed Yeboah came on and made a real impact, the forward striking a shot just wide shortly after entering the fray. Yeboah also headed wide and provided a real outlet at a time when Sudbury were exterting pressure. It appeared that Wimbledon were cruising through with a 2-0 lead heading into the latter stages, but Sudbury pulled one back in the 90th minute through Shane Temple, and that meant the home faithful cranked up the decibel levels inside the stadium. However, Wimbledon defied Sudbury's late rally to earn a coveted place in the third round. 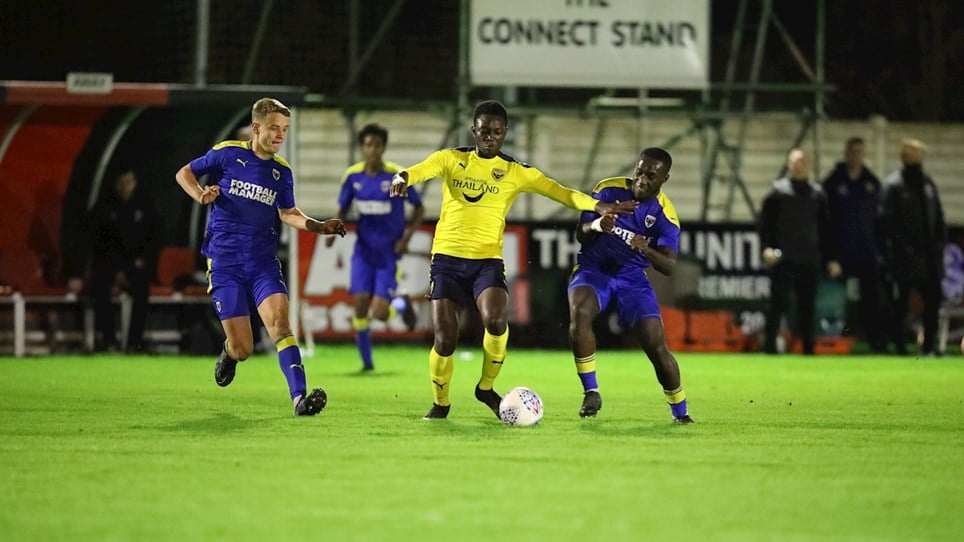 Rob strikes the right note ahead of cup showdown


A visit to Plough Lane served as inspiration to our young talents with an FA Youth Cup tie coming up on Wednesday – and they also raised the decibel levels from the stands! 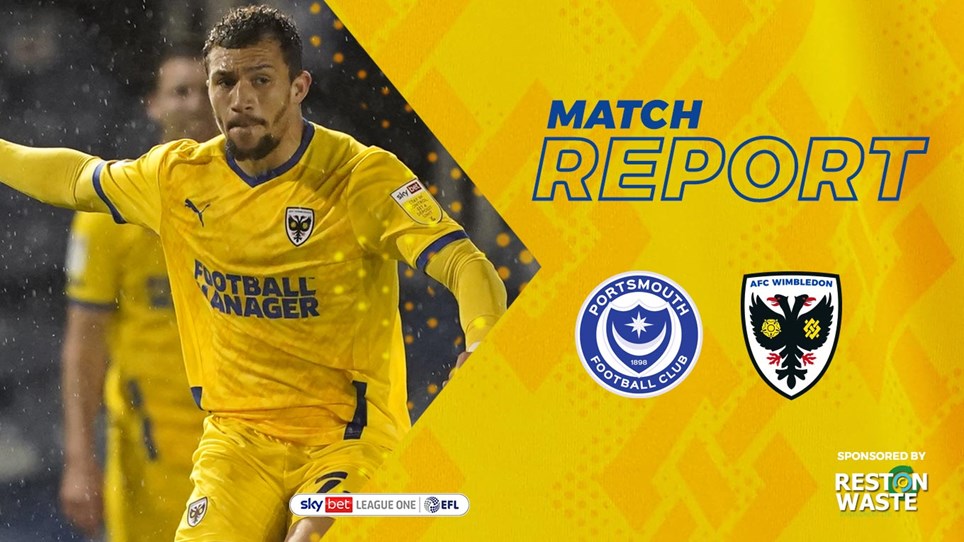 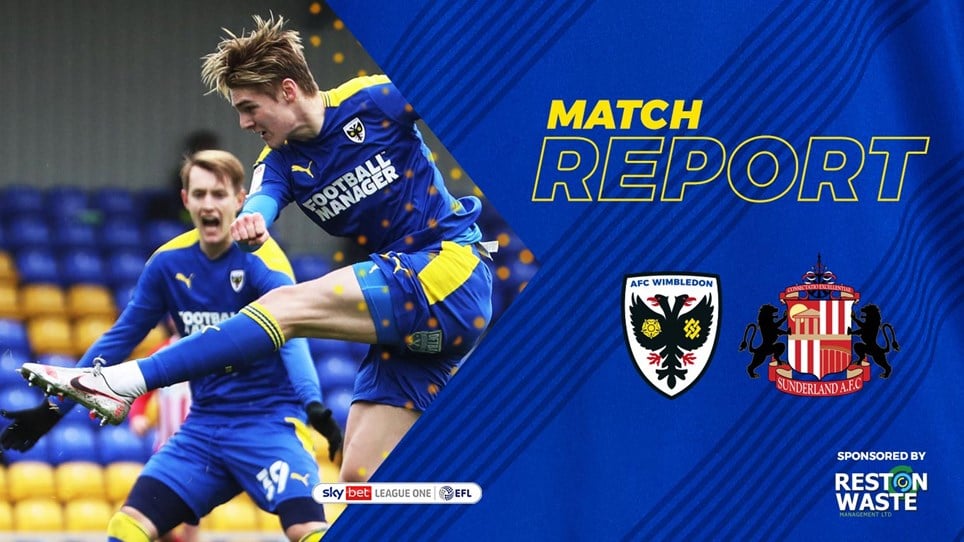 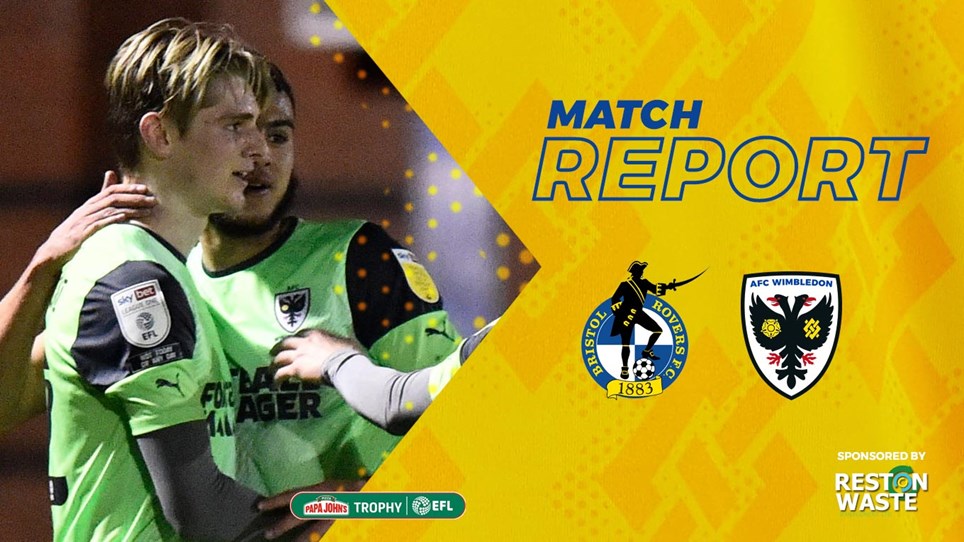