Jack Rudoni has handed AFC Wimbledon a boost ahead of the home match against Crewe Alexandra by shaking off the ankle knock that forced him off at Sunderland.

The 19-year-old played a pivotal role in the 1-1 draw at the Stadium of Light before being replaced near the end by Ethan Chislett.

Our first-team coach Mark Robinson said: “He is fine, it was only a knock the other night, and he trained today. The session was slightly different as I took a few of the youngsters, but the lads were in good spirits this morning. Today’s session went really well. We have to take lots of positives from the other night, especially with the second-half performance, so we are looking forward to Saturday.”

Since taking over as manager over a year ago, Glyn Hodges has involved Mark Robinson more in first-team matters, something that Robbo has relished, and the progress of Jack, a player he helped to nurture at academy level, is a source of real pride.

“He’s maturing all of the time,” said Robbo. “I watched his interview the other day and he’s a very different lad to 18 months ago. This is what people need to remember: they are young lads and they are maturing and developing. I think you are seeing that in his performances now. If Jack keeps his feet on the ground and stays humble he will go from strength to strength. He has got so much ability. You need a little bit of patience with these boys: let them grow and mature. There are so many aspects other than the football side and we just need to be patient and let him flourish – I’m sure he will.”

However, it’s not just our home-grown talents that Robbo is aiming to get the best out of and he’s enjoyed working with on-loan Brighton forward Ryan Longman and our senior players.

“I’m very proud,” said Robbo. “I was thankful when Wally stepped me up closer to the first-team and Glyn moving me even closer is a privilege. I’m absolutely loving it, but I have to take the emotion out of it as I want to have an impact in the roles that I’m given. I know I can help develop young players and make them better, but I want to transfer that to more senior players.

“Ryan is a fantastic lad. He’s the kind of lad who you would be proud of if he came through your academy. He’s got a lovely innocence about him: every day he just comes in and wants to be the best that he can be. I have little individual chats with players like Ryan. He has come in from a category one academy, but he’s still just a young lad learning the game and he just wants to be the best he can be. Those little chats prove to be important because it’s a new environment for him and you want to help him settle in and feel comfortable. He’s learning all of the time.

“I’ve always worked with young players, and developing them, but once you get to know people everyone is the same. Everyone wants to get better, I want to get better, and that’s the way it needs to be. I’ve really enjoyed it. I’ve had my own little take on things with the more senior players to see how they react and they’ve reacted really well. If you don’t want to get better, you shouldn’t be doing whatever you are doing. Once you get to know them as people, they are all the same and they want to improve. I’ve really enjoyed the odd individual sessions that I do with the senior lads as well.

“I am learning every day, that’s why it’s so good for me. Even at youth team level there was still always more to learn, but I felt I was ready for this, and I just want to get better every single day. Being in this environment: listening to the gaffer, and Nick, with their experiences, and being here every day you pick-up little things. It’s either reinforcing your own beliefs, or you see things slightly differently. When we used to speak about the Under-18s it was very much about dominating possession, but now I’m seeing another way of playing, for example at Sunderland when we didn’t have so much of the ball, but we were still very much in control of the game, in particular during the second-half. I just want to be the best that I can be and I’m thoroughly enjoying it.”

You can see Rob Cornell's full interview with Mark Robinson below, via the link to our official YouTube channel. 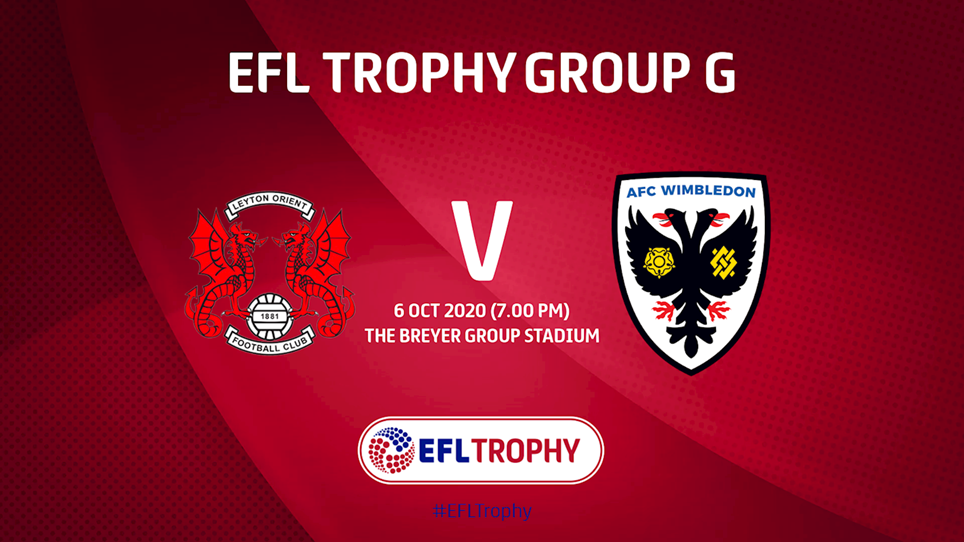 
Midfielder Jack Rudoni has made good progress after returning to full training and Glyn Hodges will therefore include him in the squad for our match at Leyton Orient. 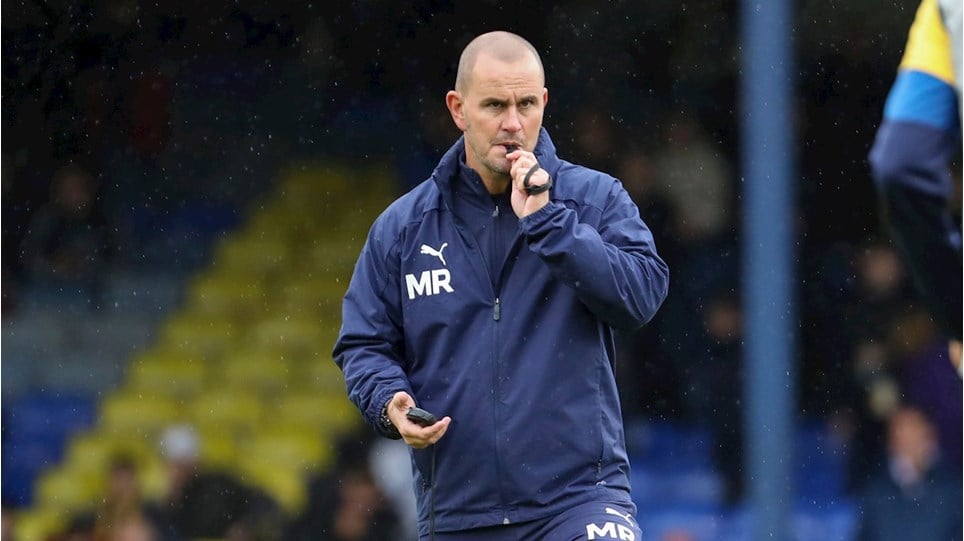 From the West End to Wimbledon


Helping his team to avoid another Dutch humiliation proved to be a turning point in Mark Robinson’s life as it led him towards a coaching career in football.