Substitute Julian Sarmiento-Ramirez produced an almost instant impact after coming off the bench to earn a place in the national final of the EFL Youth Alliance Cup for our Under-18s.

The 1-0 win against Cambridge in the Southern Area Final on Saturday was certainly a hard-fought victory for Rob Tuvey’s committed squad of players as they had to dig in towards the end, but it was fully deserved after an excellent first-half performance. In a match at our New Malden training base, a good crowd of Dons supporters watched our youngsters dominate the first-half, without getting the goals to match, before the introduction of Sarmiento-Ramirez proved decisive.

Manager Rob Tuvey had to do without several players as Archie Procter, Ayoub Assal, Zach Robinson, Bert White, Jamil Ayowejo, and David Fisher are all out on loan and goalkeeper Matthew Cox is on England Under-17 duty. However, that offered opportunities to younger Dons with keeper Aaron Jones and Ethan Sutcliffe both starting, along with Teo Kurtaran, who was signed from Hanworth Villa.

With Glyn Hodges watching on, Wimbledon started yesterday’s match with plenty of attacking verve, helped by Kwaku Frimpong establishing early dominance in midfield. Frimpong was impressive throughout the game, starting attacks, and stopping Cambridge from making any impression. Kurtaran, who had shown his qualities in the FA Youth Cup for Hanworth Villa against Wimbledon, produce a solid debut alongside him. The first chance for Wimbledon fell to Dylan Adjei-Hersey, who had a shot deflected just wide. It appeared to be 1-0 to Wimbledon in the eighth minute when Troy Chiabi shot home from close-range after Kurtaran’s initial shot had been saved, but it was ruled out for offside.

As we approached the midway point of the first-half, Cambridge had been unable to trouble Wimbledon’s defence, which was superbly marshalled by Jack Madelin. The young defender, who has had a taste of first-team football this season, was commanding in the air, and Isaac Ogundere and Sutcliffe also showed good defensive qualities. At the other end, Wimbledon came so close to making the breakthrough just after the half hour mark. Isaac Olaniyan, who showed lovely skill up front throughout, beat his marker and sent through a defence-splitting pass to find Troy Chiabi. There was still plenty of work to do for Chiabi and he rounded the Cambridge keeper, but that forced him a little wide, and he shot just over the crossbar.

Cambridge finally threatened with 10 minutes remaining until the break when a goal-bound shot was well blocked by Madelin, but Wimbledon had two more good chances before half-time. Firstly, Jack Currie shot over the crossbar after good play by Adjei-Hersey, before Chiabi, who was lively throughout, shot just wide of the target. The 1-0 lead was the least Wimbledon deserved after a fine first-half performance.

The second-half was different from the first as Cambridge came into the game more and Wimbledon had to show more steel in defence. The young Dons still controlled matters though, and it was only really after Wimbledon’s goal that Cambridge threatened. By the time of what turned out to be the winning goal from Sarmiento-Ramirez in the 71st minute, Wimbledon could have been out of sight.

There was another reprieve for Cambridge when the ball struck the crossbar after a defensive scramble and it was starting to look like one of those days for the young Dons. However, the introduction of Sarmiento-Ramirez changed all that. The dynamic attacker produced a lovely turn shortly after entering the fray, before shooting just over, and that was a sign of what was to come. His decisive goal came just a couple of minutes later after an excellent team move. Olaniyan once again came deep to get on the ball, before he delivered a fine pass out to the right for Adjei-Hersey, who showed good vision to pick out Sarmiento-Ramirez, and he finished emphatically.

The goal changed the flow of this match as Cambridge ploughed forward in desperate pursuit of an equaliser. They so nearly got it in the 78th minute, but substitute Josh Hallard came to the rescue when he cleared off the line superbly. Despite late pressure from Cambridge, Wimbledon showed plenty of resolution in defence to deservedly earn a place in the national final. That will be against either Fleetwood or Rotherham and on this evidence our young Dons will have every chance of completing the job and bringing the cup home. 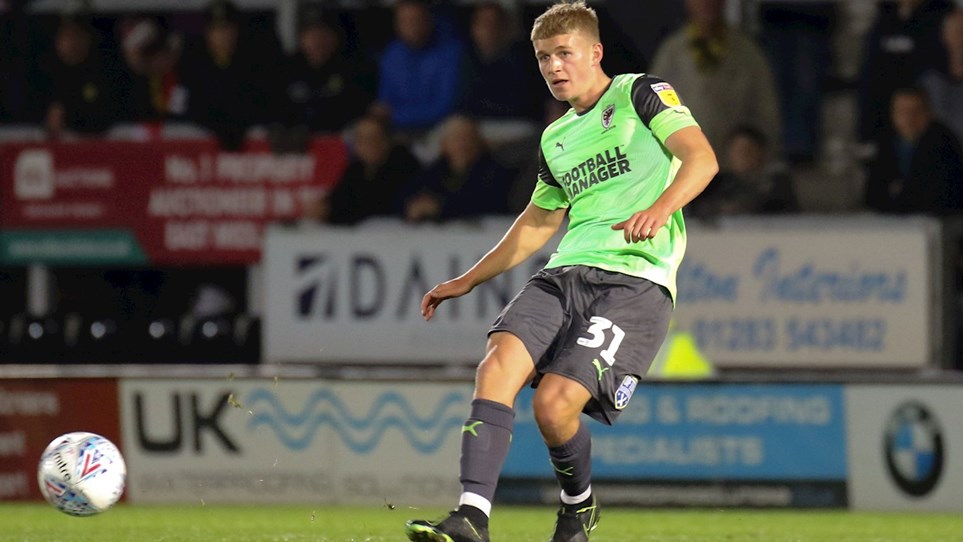 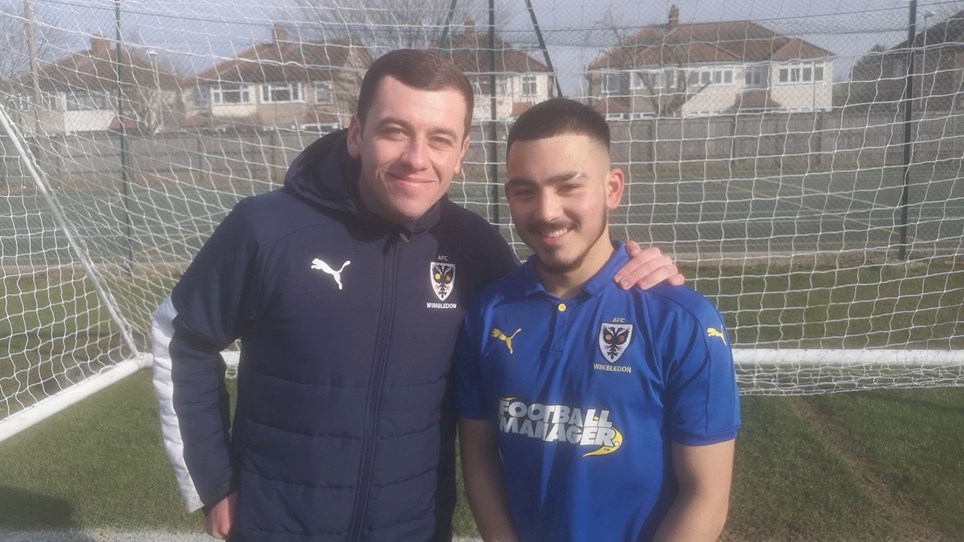 
Kwesi Appiah will add experience to a squad consisting of Under-18s for a Central League Cup Southern Group 4 match at Southend today.


AFC Wimbledon Under-18s will be aiming to make it four successive victories on Saturday after an impressive win last time out. 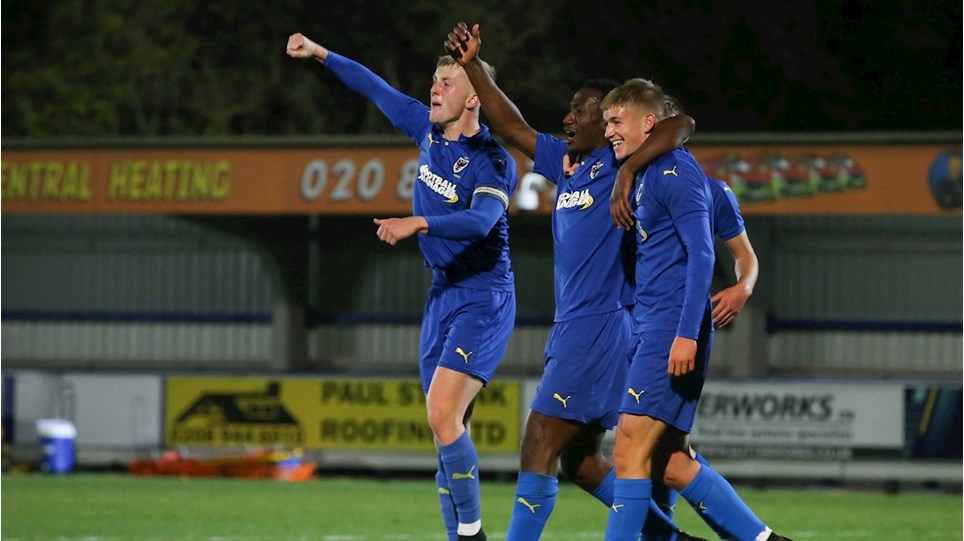 
Our Under-18s have been displaying that clinical edge in abundance by striking 15 goals in two games. 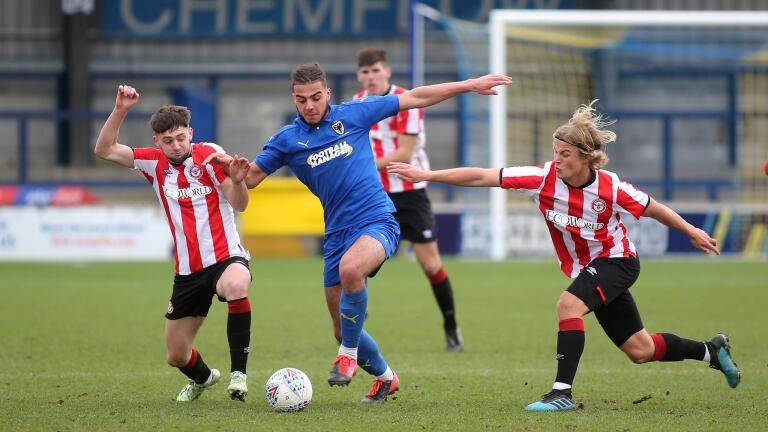 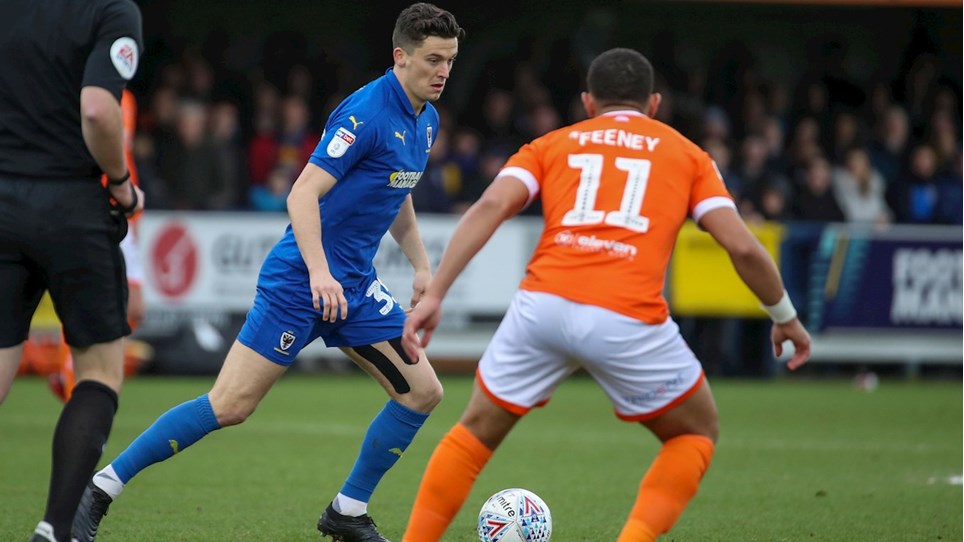 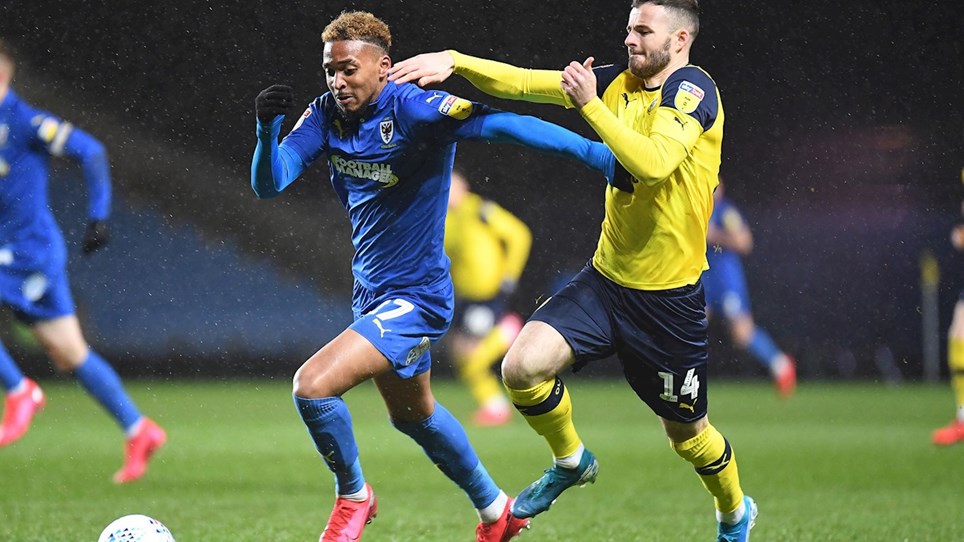 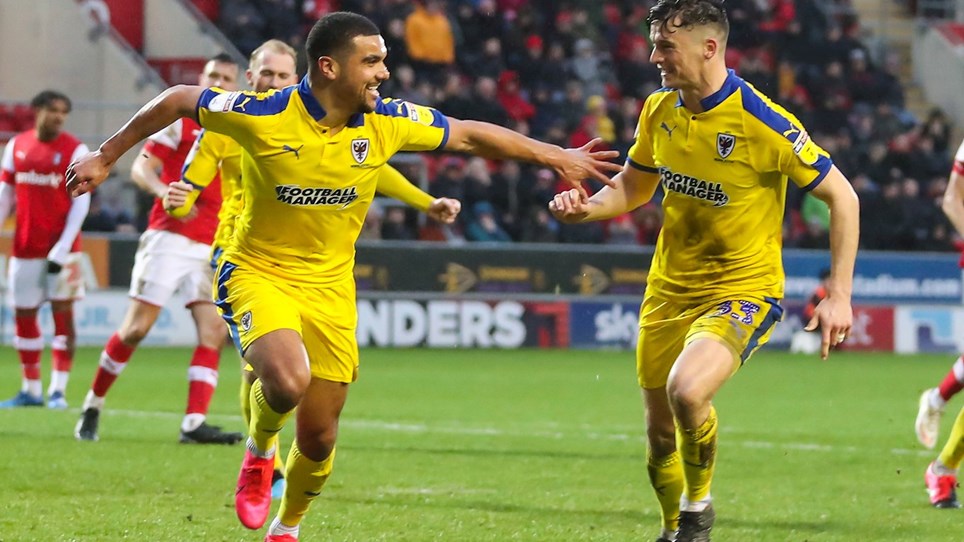