It was a night when Wimbledon’s giant-killing cup tradition struck once again!

A great Manchester United side that had reached the FA Cup Final in three successive seasons were dumped out of the competition by Wimbledon in February 1997.

As part of his look back during July at the last 31 Wimbledon seasons, Stephen Crabtree, who is the Editor of the Historical Don, recalls a night when Marcus Gayle emerged as an FA Cup hero for the Dons.

On a night few present will ever forget, a Manchester United side with Roy Keane, Ryan Giggs and Eric Cantona in their pomp were unceremoniously dumped out of the FA Cup by the pumped up Dons. A Marcus Gayle goal, scored from a close range header in the 63rd minute, was enough to eliminate the holders, but the hosts were reliant on a string of brilliant saves from Neil Sullivan as they struggled to maintain their lead in the final minutes.

“I have a helluva lot of respect for them,” United boss Alex Ferguson commented afterwards. “They are one of the best sides we’ve played all season. They have a fantastic quality of ball to their front two, good defenders, and they could win both cups. I have been impressed with the goalkeeping quality of Neil Sullivan and I am glad to say that now he is Scottish! His save from Pallister was amazing.” 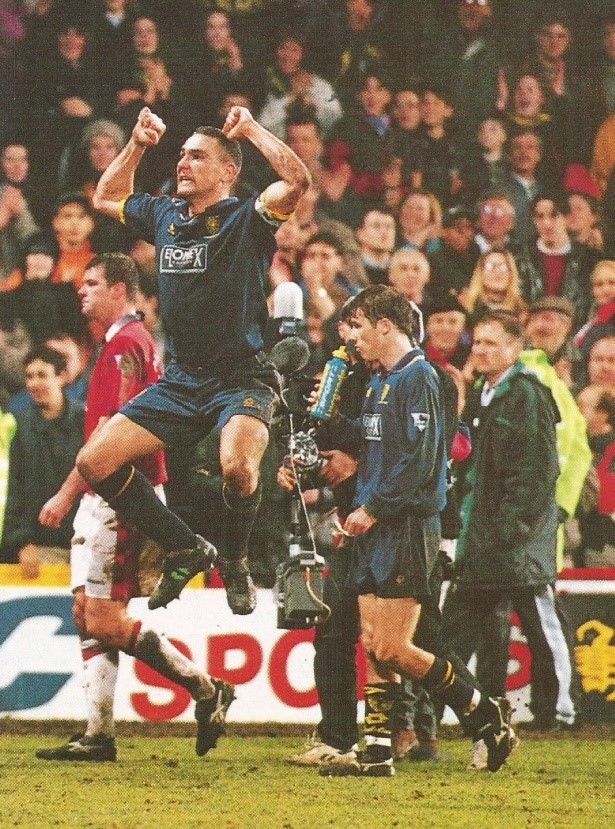 Brilliantly combining youth and experience, Wimbledon went toe-to-toe with the country’s elite during the winter of 1996-97. An unbeaten pre-Christmas run of 23 games meant the Dons entered the New Year neck-and-neck with Arsenal, Liverpool and Manchester United in the race to be champions, before a string of brilliant performances took them to the semi-final stages of both the cup competitions. Fatigue and a lack of squad depth meant they faltered with the tape in sight.

Click on the link below to watch highlights from that fantastic victory against Man United.