In the 27th part of Stephen Crabtree’s series, we are reminded of an afternoon in 2015 when a home defeat against Stevenage inadvertently paved the way towards Wembley.

Below is a picture of a bloodied Paul Robinson applauding our fans after the defeat, along with a summary of the game by Stephen, who is the Editor of the Historical Don. 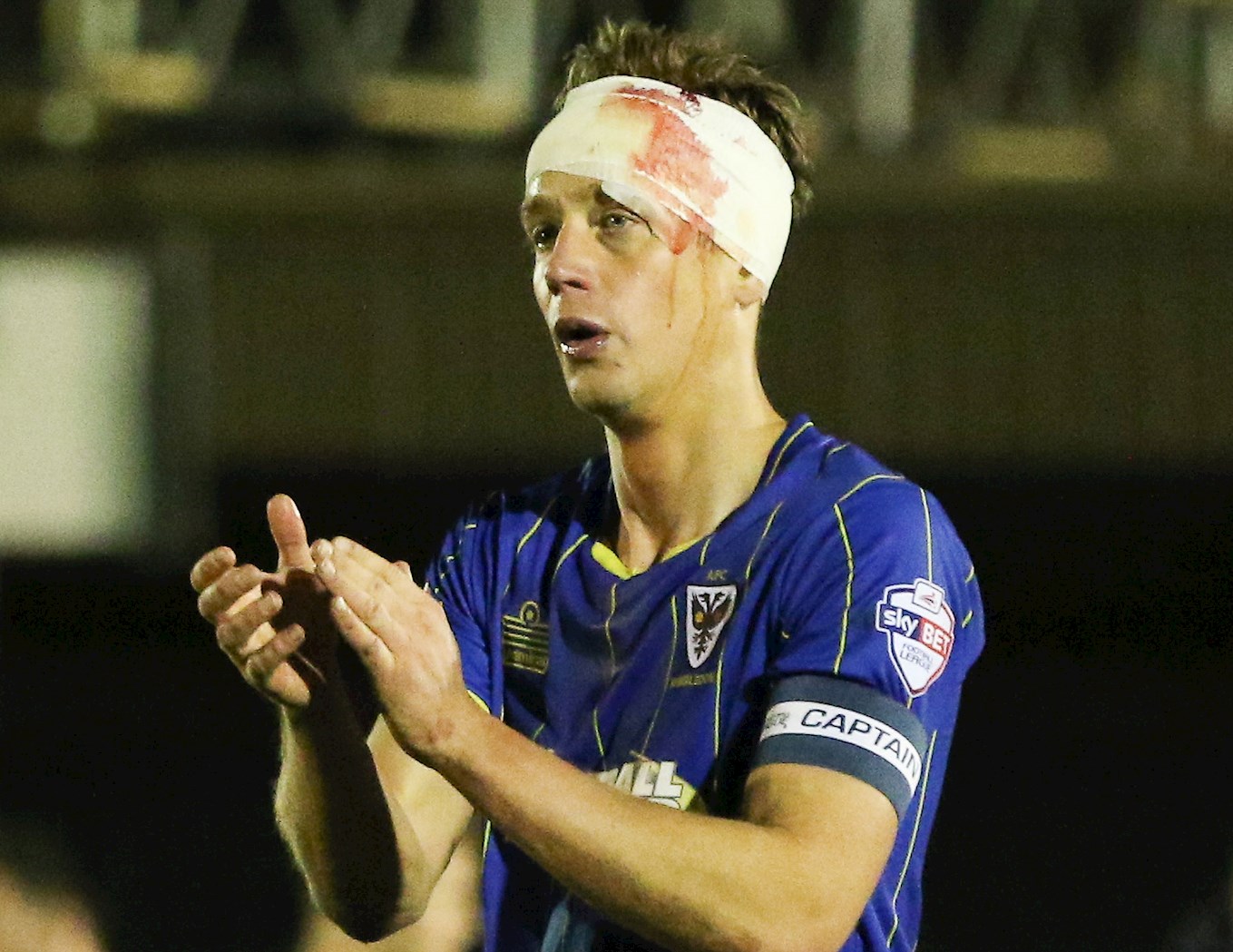 It turned out to be the catalyst for everything that followed. Five games without a win meant the atmosphere around the stadium after the defeat at the hands of a none-to-impressive Stevenage outfit was hardly favourable, even before the players shunned the post-match presentations in favour of catching a train to a pre-Christmas jolly in Manchester. But words were said and ties were formed in the 24 hours that followed that were to carry the club all the way to League One.

“Up until Christmas we felt that we had under-achieved with the group of players we had and the talent in the squad,” club captain Paul Robinson recalled later. “When we lost to Stevenage the trip up north afterwards turned out to be crucial in terms of team morale. I think it was a turning point, both on and off the pitch. It bonded us closer together as a group of lads and in the second half of the season we really clicked together – we didn’t look back.”

A run of seven wins in eight games early in the New Year was followed by a sequence of six victories in seven matches in late March and April that carried Neal Ardley’s men into the play-off places. Two memorable encounters with Accrington followed, before the Dons’ day in the sun against Plymouth at Wembley. Few in the 3,846 crowd who witnessed the Stevenage debacle would have believed what was about to unfold.