Throughout July, Stephen Crabtree will be selecting a memorable Wimbledon match for every one of the last 31 seasons.

Stephen, who is the Editor of The Historical Don and has contributed to our match day programme for many years, turns back the clock to some of Wimbledon’s greatest triumphs. He begins in 1989-90, the Dons’ fourth season of top-flight football; a time when Mrs Thatcher was Prime Minister, Alan Cork still had hair, and Scott Wagstaff had yet to be born.

The small group of Wimbledon supporters on the open terrace at Stamford Bridge did not know whether to laugh or cry. In the end they shed tears of joy after watching their favourites humiliate their supposed betters on one of football’s biggest stages and before that they were shaking with mirth as former favourite Dave Beasant dropped the ball over his head, allowing an amazed Alan Cork to head home the fifth and final goal.

Behind after just 70 seconds when Kerry Dixon put joint league leaders Chelsea in front, the supposed muscular masters of long ball football played by giants performed with style and grace to belie their critics and lead 4-2 after 55 minutes, thanks to a pair of goals each from two of their diminutive forwards –Terry Gibson and Dennis Wise.

But the coup de grace came on the hour when the ball was lobbed gently into the box and the man who had been Wimbledon’s cup final hero 18 months earlier allowed the ball through his hands and a clearly startled Cork pounced from behind to nod home from close range. “It was brilliant, just like we always used to do in practice,” Cork quipped afterwards. “I’ve always wanted someone to drop the ball on my head from a yard out and today my dream came true.”

Do you agree with Stephen’s selection for the 1989-90 season? Let us know by visiting our official Twitter page.

The picture below shows Stephen last year with his book about Wimbledon called ‘Beyond Our Wildest Dreams’ – the first volume of a pictorial history about the club’s remarkable journey. 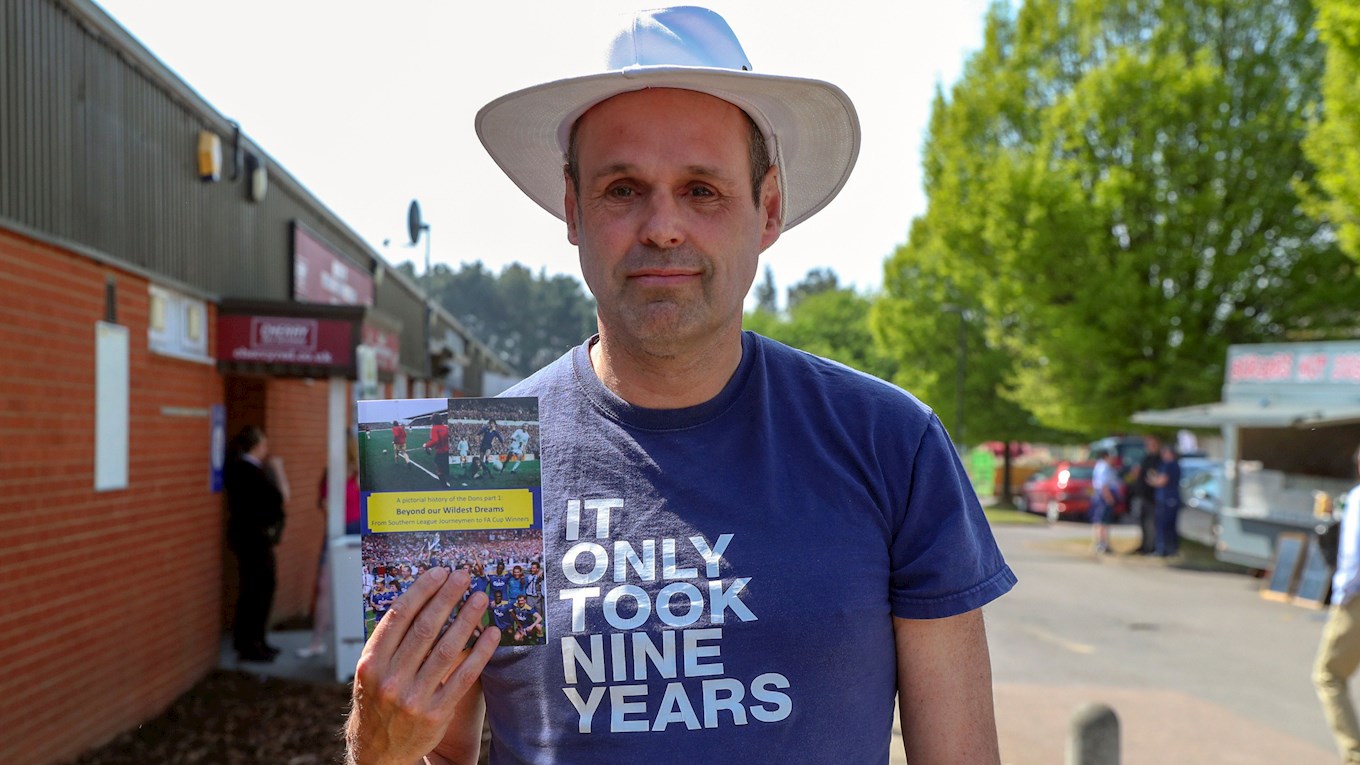