Despite having his hands full with managing a care home during the Coronavirus crisis, Craig Peacock has devoted his spare time to the Dons Local Action Group.

Since April, the 34-year-old Wimbledon supporter has been a trusty presence outside supermarkets to collect food for the needy, but he has also used his managerial skills to good effect by organising shifts for volunteers in Kingston.

Though his life has been very busy as he combines full-time work with volunteering, Craig says it is well worth the effort. As a Wimbledon supporter since the age of six, the achievements of over 1,500 volunteers in helping the community at a time of adversity provides him with an enormous sense of pride and fulfillment.

“To sum it up, I believe we are the winners in the Coronavirus crisis,” said Craig. “Other clubs are doing stuff in the community, but not on this scale. Seeing the donations we’ve received has been a very rewarding aspect of being involved. I did a shift at Tesco’s in Twickenham one weekend and we loaded up 80 boxes with food in one day! It was fantastic to see that level of generosity to the vulnerable people in society. I worked for three shifts on that day and it meant a lot to make a contribution.

“At the start, we were just helping to provide food, but the operation has progressed a lot. Now we are also focusing on distributing household goods, including fridge freezers, cookers, and we’ve been collecting furniture to deliver to people. For me, helping the kids at school with their home learning by providing computers has been a big source of pride. The success of Keep Kids Connected has provided something like 1,700 devices for children to use.

“I have worked in hospitality for a lot of my life, now I’m working in the care industry, and a lot of people think ‘I’m going to go to work, do my job, and then go home’, but with the Dons Local Action Group people are prepared to work anywhere and put extra hours in. The response has been phenomenal.” 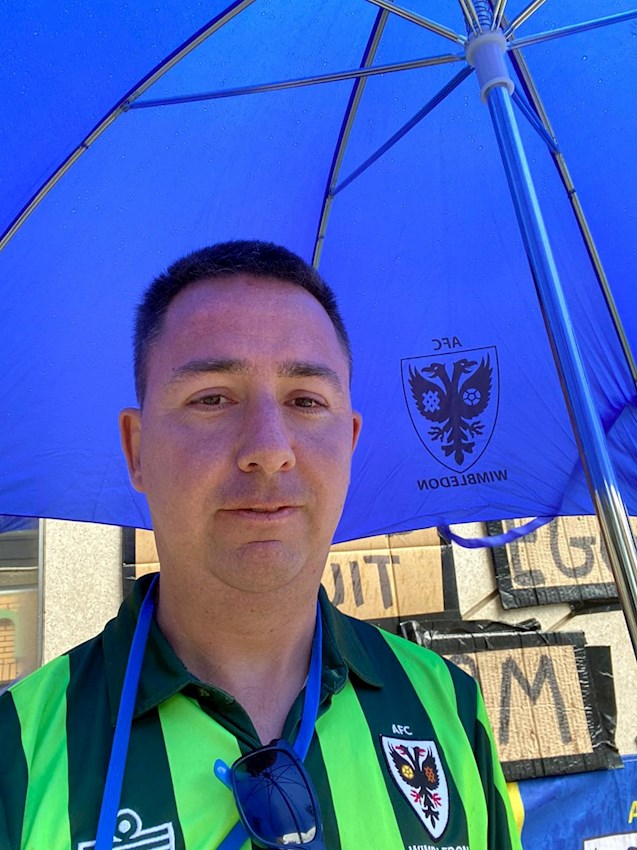 It has been well documented that the care industry was particularly affected by the Coronavirus crisis and though his day job has been challenging, Craig felt inspired to help his club to win this latest off pitch battle.

“Friends were volunteering outside Waitrose in Raynes Park and I was sent a load of pictures, so I decided to offer my help at weekends,” added Craig. “The group had enough volunteers for Raynes Park, so I went across firstly to the Lidl in Clapham Junction. I did a few shifts there and we collected 15 boxes of food in three hours! After being involved in that and seeing what could be achieved, I said to the lady in charge that I would stay for the whole day. I really enjoyed the first three hours and telling people what we were doing. Seeing the difference we could make provided a real buzz.

“I have worked right throughout the Covid-19 crisis, so it has certainly been a long three or four months! We have 52 apartments and a care home, so we have people who rent and those who actually have leases on the property. It was a massive challenge with everything that has gone on, but I’m very lucky that I have my own separate office.

“I have been on all of the stalls outside supermarkets, but about a month and a half ago I signed up to take over the Supermarket Leader role at Waitrose in Kingston. I’ve been a manager for a long time now, so doing things like planning rotas and making sure we have the correct people is quite a normal thing for me to do. I started doing it about a month and a half ago and within two weeks I was running the whole of Kingston. Now I look after every stall that the Dons Local Action Group have outside supermarkets in Kingston. I end up doing a lot of the rotas in the evenings after finishing work.

“There are probably about 400 volunteers that do shifts at the Kingston stores. My role is that every day I will send an update to volunteers working at each of the stores and pass on the details for the rotas. I make sure everyone knows where they are working and that they are in the correct places. If we have any gaps to fill in Kingston I will get in touch with colleagues in Wandsworth and Merton to see if we can get people to come over. That’s been a massive strength of the Dons Local Action Group. If someone is based in Kingston and we need to fill a gap in Clapham we can get someone to go over from here to do it. When we put the message out on What’s App one of our volunteers will often respond within half an hour.” 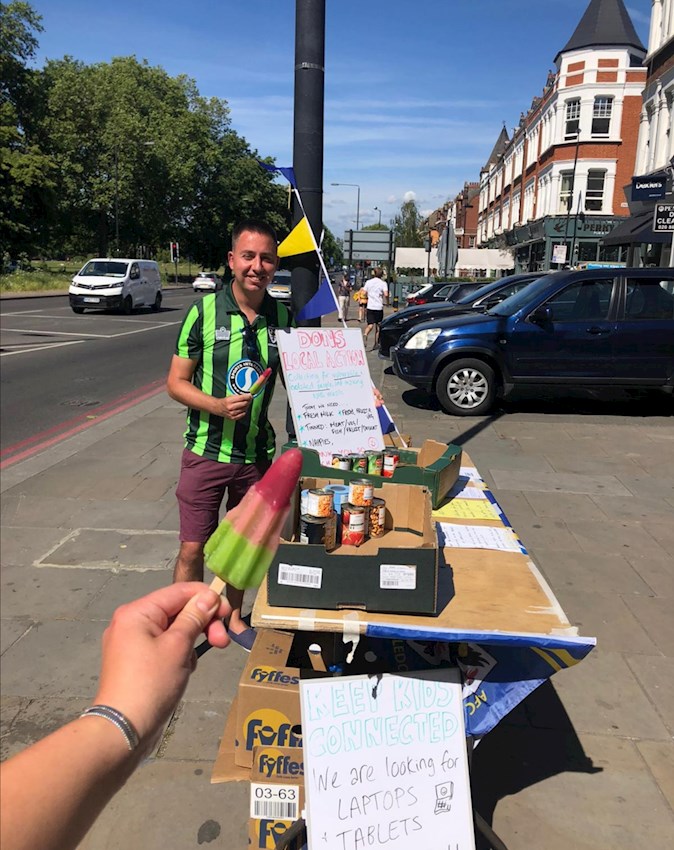 Though it’s far from the primary motivation of the Dons Local Action Group, Craig believes the success of the initiative will get the local community right behind Wimbledon’s push to progress on the pitch when the club returns to Plough Lane.

“It’s getting new people interested in the club, which is only going to help us in the future in terms of filling the seats for Plough Lane. We’ve knocked on people’s doors and talked to people who don’t know anything about football. They’ve said, ‘If this is what the club is like now, what’s it going to be like on a match day?’ I think we will definitely get an upsurge in fans due to this.

“Volunteering alongside fans that I used to go and watch the football with has also been great. Going to the game was obviously taken away because of Covid-19, so it’s been good to catch-up with friends as well. The 1991-92 season was my first when the club played at Selhurst Park. During that season the reserves were still playing at Plough Lane, so I went to the old stadium a few times to watch matches. I can’t wait for the new stadium to open. My Dad has been a supporter since the 1980s and he was at the cup final.”

Having gained so much satisfaction from volunteering, Craig would recommend getting involved to anyone.

“I say to volunteers that if they have a family member or a friend with a bit of spare time, please ask them to come along. We are not expecting people to sign up for five shifts a week, but if you have three hours spare a week it could make a difference at one of our locations. I may have someone who cannot make Surbiton this week, but can do Waitrose in Kingston, so it’s about communicating and moving a few people around.

“For a volunteer operation with no one getting paid, it has been so well organised. It’s unbelievable how professional it is. Moving forward to September and October, there’s no reason why this can’t continue, as long as there is the need in the community. We’ve got enough volunteers and the right people doing it.”