AFC Wimbledon have welcomed a joint Declaration from the UK football family signifying its support for building a mentally healthy environment at every level of the game, as a lasting legacy of the Heads Up campaign.

We have long supported mental health awareness, as part of the EFL’s charity link-up with Mind, and the Heads Up campaign. We've previously been involved in running a number of sessions and activities geared towards mental health, thanks to our AFC Wimbledon Foundation, and a partnership with Mind Kingston.

Our captain Will Nightingale is an ambassador for Mind and he is shown below supporting a ‘Get Set to Go’ launch event at Charlton Athletic last season. 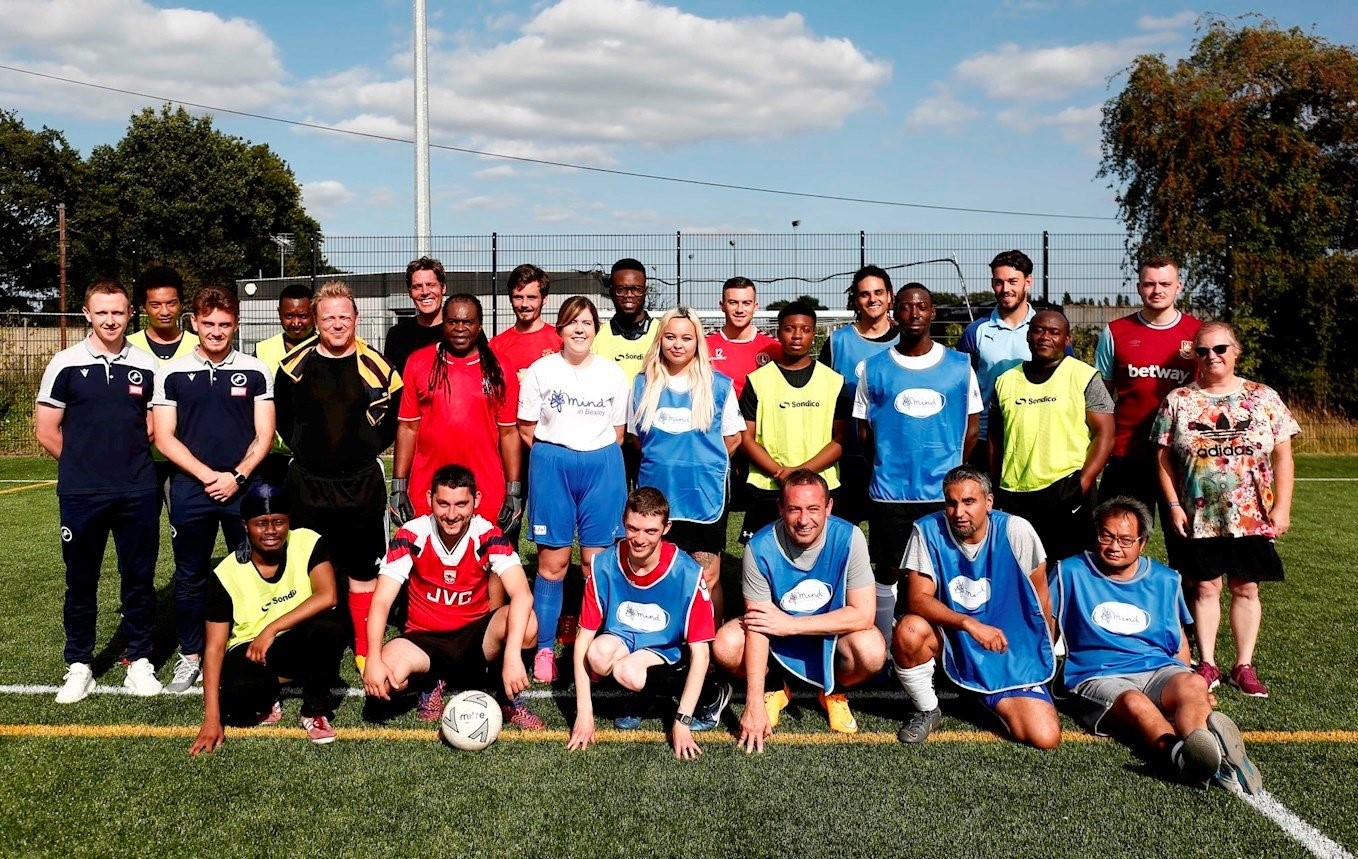 The ‘Mentally Healthy Football’ Declaration will see the English Football League (EFL) join with other football governing bodies, leagues and organisations from across UK football recognising that mental health is as important as physical health, and pioneering a ‘team approach’ on this important issue. Together, the UK football family will build on the important work that Clubs and football organisations are already doing, including the EFL’s charity partnership with Mind, working together to scale up these efforts across the football system and support the development of ‘mentally healthy clubs’ at every level of the game.

Over the past two seasons, the EFL and Mind’s partnership has provided increased visibility and awareness to over 18 million fans of EFL football, important training and support for Clubs, staff and fans and raised vital funds for the mental health charity. The partnership has recently been extended for a further two seasons to continue the fantastic work taking place with Mind across the League.

In a video marking the signing of the Mentally Healthy Football Declaration, The Duke of Cambridge said: ‘Not only will [the Declaration] benefit future generations who work and play within the game, but it will also send a clear message to football’s millions of fans about the importance of mental health. That is a legacy we can all be proud of – following a season we will never forget.’

Following an unprecedented season for football, mental health issues are more relevant than ever. Through the Declaration, which was convened by The Royal Foundation, football has committed to working together to continue raising awareness of mental health, and to embed an environment across UK football: 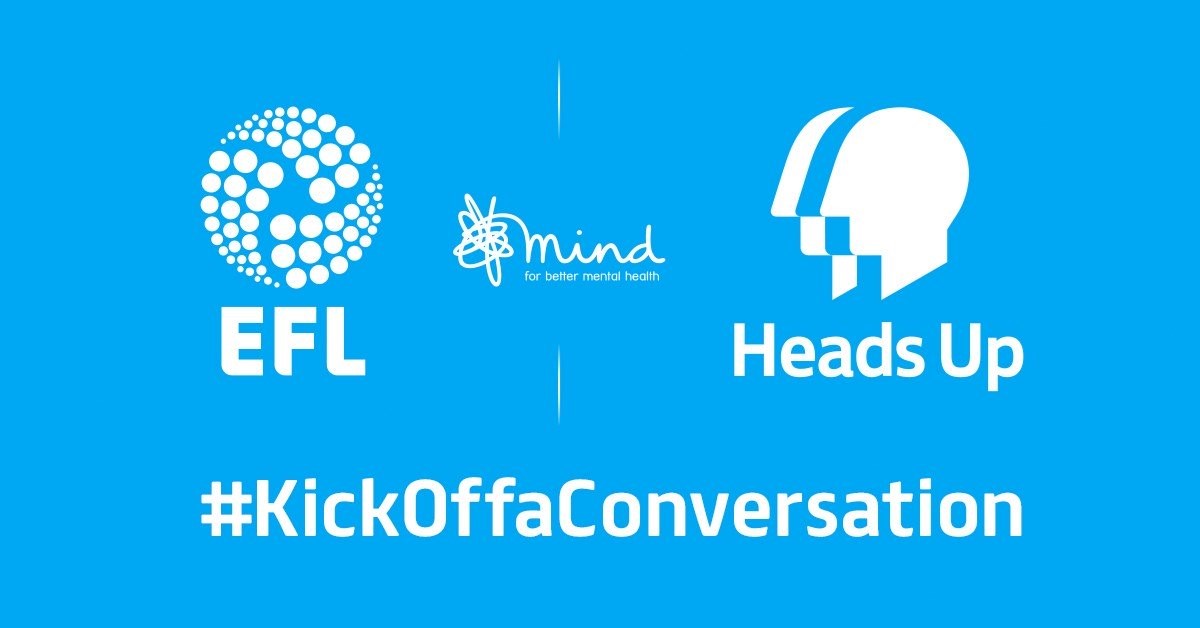 In the Declaration, they say: “Now, more than ever, is the time for us to support each other and for all parts of society to prioritise mental health. We will do everything we can to play our part in this and help make football a ‘mentally healthy’ environment, now and in the future.”

These organisations will form a UK-wide mental health implementation group next season, working towards a collective ‘game plan’ for the first time to ensure the mental health of players, staff, managers, coaches and officials is prioritised across the game. Together, the group will share best practice and drive progress towards the pledges in the declaration, which include rolling out mental health training and education to all clubs, implementing mental health strategies, and embedding mental health within policies and practices.

The Declaration has been welcomed by Heads Up’s charity partners Mind, CALM and Sporting Chance, who provided insight and expertise and will continue to work with the signatories next season as they take the commitments forward.

Rick Parry, Chairman of EFL, said: “The EFL is proud to join together with our football colleagues to support this new declaration and, importantly, ensure the conversation around mental health continues to be heard across our game at all levels. Over the last two seasons the League’s charity partnership with Mind, has shown us first-hand the impact football can have in raising awareness of such an important issue in society. As a result of the impact COVID-19 has had on communities up and down the country, it is especially vital that we use our respective platforms to encourage fans, players and everyone associated with the game to look after their mental health and each other.”

Godric Smith, Chair of the Heads Up campaign, said: “There has been fantastic leadership from every part of football on mental health this season and today’s declaration cements the huge culture change underway in the game. It is a first of its kind and an important moment for sport and society more widely. It comes at a time when prioritising our mental health and supporting each other has never mattered more.”

Spearheaded by The Duke of Cambridge, Heads Up is a season-long campaign between Heads Together and The FA to change the conversation around mental health through football. This Saturday (1st August) will see the ‘Heads Up FA Cup Final’ dedicated to the issue of mental health, which is expected to be one of the ongoing issues arising from the Covid-19 pandemic.

If you need support from Mind, visit Mind.org.uk for information and advice. You can also talk to Mind via the confidential Infoline on 0300 123 3393 or text 86463.