Glyn Hodges believes he has a crop of players that have their peak years to come, but our manager is eager to add more experience to his squad.

Following all the hard work put in to retain Wimbledon’s status as a League One club, Glyn is determined to push the team forward when 2020/21 gets underway.

“I think we can do more, I think we can do better,” said Glyn. “We are always looking over our shoulders, or we have a mountain to climb, like we had in the last two seasons. We’ve got players who do belong here. At the end of the division that we are in I think we can really push on. I will be determined to work as hard as I can with individuals and collectively to get solid performances week in and week out, so that we are consistent. I want us to have a squad that we can be proud of when we move to our new home.

“We are building a stadium at the moment, so a lot of the finances have been geared to that. If you look at the hard work that everyone has put in: the mission impossible with Wally, the previous campaign before that with Neal Ardley and Coxy and the run at the end of that season to stay up. We value our status and we want to kick-on.

“If we can keep everyone fit, I am really excited, and we just have to add players to make the squad a bit stronger. We haven’t got enough at this precise moment, but it’s only early. We’ve signed a lot of the younger boys up, but we need to bring in more senior pros. While Shane did brilliantly last season and deserves to have the option on his contract taken up, we need to get more players in."

Glyn believes that he has a good platform to build on with the likes of Jack Rudoni and Terell Thomas having stepped forward last season. Our manager also expects Joe Pigott to be itching to get back to the form that made him such a prolific League One striker during 2018/19 when his goals spearheaded our Great Escape.

“Rudi had a bit of it last season and he did really well. He showed glimpses of some great football, he will get better. I thought Terell was immense last season. At 24 years of age he can only get better too. That’s just naming those two, but we’ve also got other players who have improved and it’s about having a little bit more consistency, a little bit more belief. We know how we are going to play, we are going to improve on that, and we know how to win games. 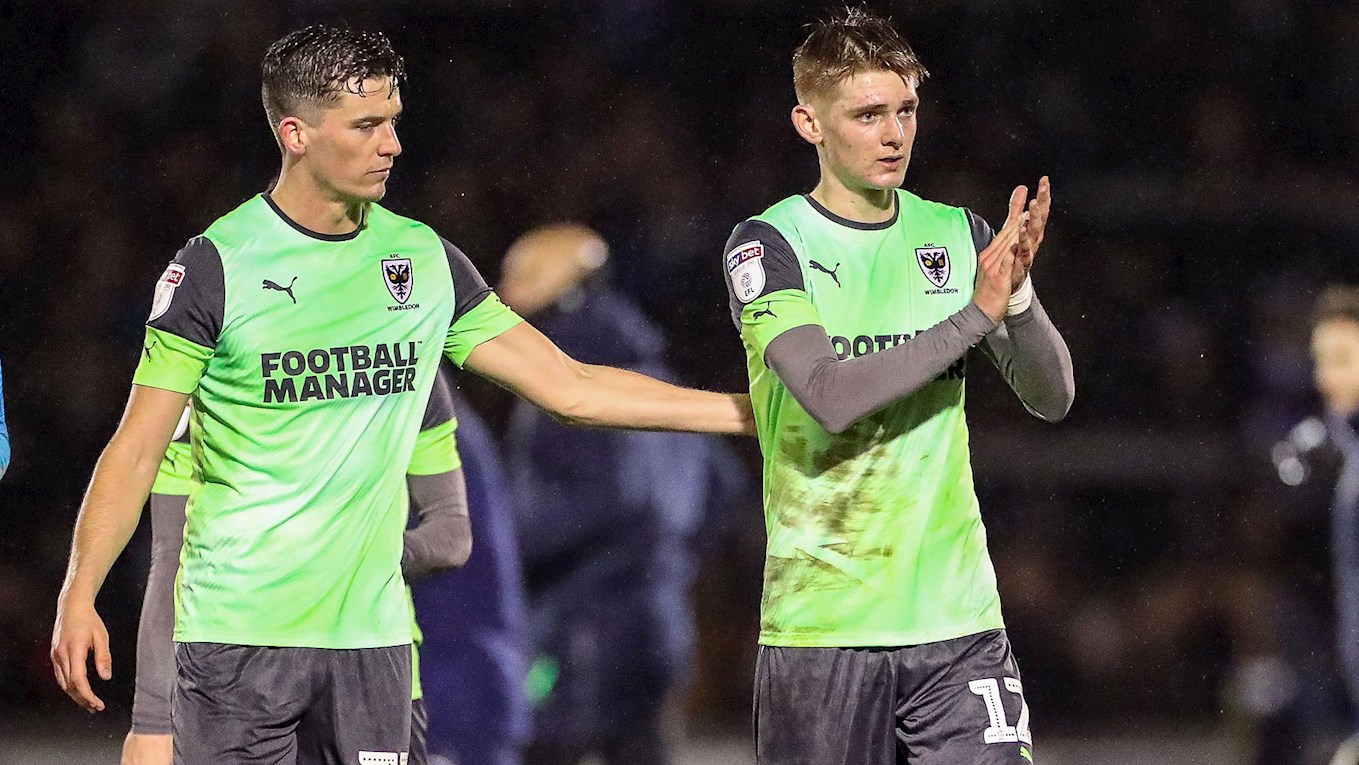 “Joe has improved his all-round game, but he would probably have been disappointed with his goals tally – I know that’s how centre forwards measure themselves. The goals that he scored in the season before were magnificent. He didn’t quite get there (last season), but I would like to see what his assists were compared to the year before. He is a big player for us, he leads from the front, and he got the armband for a spell, so that shows how highly thought of he is by the staff and the players. He has had a break, and I know he’s been out on his bike, so he’s feeling stronger as well.”

No definite dates have yet been given by the EFL as to when the new campaign may get underway, but Glyn has been diligently planning for a restart behind-the-scenes – and he can’t wait to get going again.

“I have been spending time at home doing odd jobs - I’ve had a long list from the missus! I’m catching up with things, but I have one eye on training and the football. I find the games on at the moment quite hard to watch because the atmosphere is not very good. I just want to get back training and get back at it again.

“I think the break has been too long, but there are other things you can do. While it hasn’t been ideal, the players can develop and get a bit stronger in different ways and they can come back different players. We can’t get the injuries that we did last season, we had too many, so that’s something we are conscious of. Hopefully, this break will have put the players in good stead and with the pre-season programme we’ve got we will be trying to keep as many fit as we can, so that we can kick-on. I can’t wait to get going again.

“They’ve all got their programmes to follow and the first couple of days are always interesting, to see how they come back in terms of fitness. They haven’t seen each other for a long time, so when they are doing a bit of running it will be competitive and good fun to see where they are.

“Chris McConnell (Sports Scientist) has been a key performer during this lockdown. He’s been doing Zoom strength meetings with them and all sorts. He set a Strava group up and he’s been doing brilliantly with them. Chris is a big part of it and so too is ‘Dougy’ and Katie (Bignell). There are important roles to be played, it’s a long season, and we have to make sure we are ready and prepared.”

If you missed Rob Cornell’s extensive interview with Glyn, click on the link below.