Glyn Hodges said that Huseyin Biler has the right attributes to make an impact at first-team level after the 18-year-old today signed a pro contract.

We earlier announced that Huseyin had been rewarded for his rapid progress after progressing from Sunday League football just two years ago.

Glyn said: “Huseyin always comes in with a smile on his face and he’s desperate to do well. He has been a pleasure to work with and he puts the effort in for every training session. He has done very well and deserves his opportunity. We got him close to it last season and he was on the bench for the first-team.

“Credit to Vaughan Ryan because he did a lot of work after training with Huseyin, who was always up for doing extras. If he keeps showing the same attitude that has got him this far, Huseyin will be another player from our academy with a big future. He doesn’t give up, he keeps going, and has got great energy. He tears up and down the wing, whether he’s on the left or the right. He just wants to play football.

“Huseyin has incredible energy levels. He’s a fit lad and I’m looking forward to seeing in pre-season where he stands in the group. He will probably be flying as he’s one of the fittest at the club. That will hold him in good stead. He just has to keep learning and keep improving. Credit to those that spotted him because it's quite late to still be playing Sunday League football until the age of 16. He has done great and he deserves his first professional contract.” 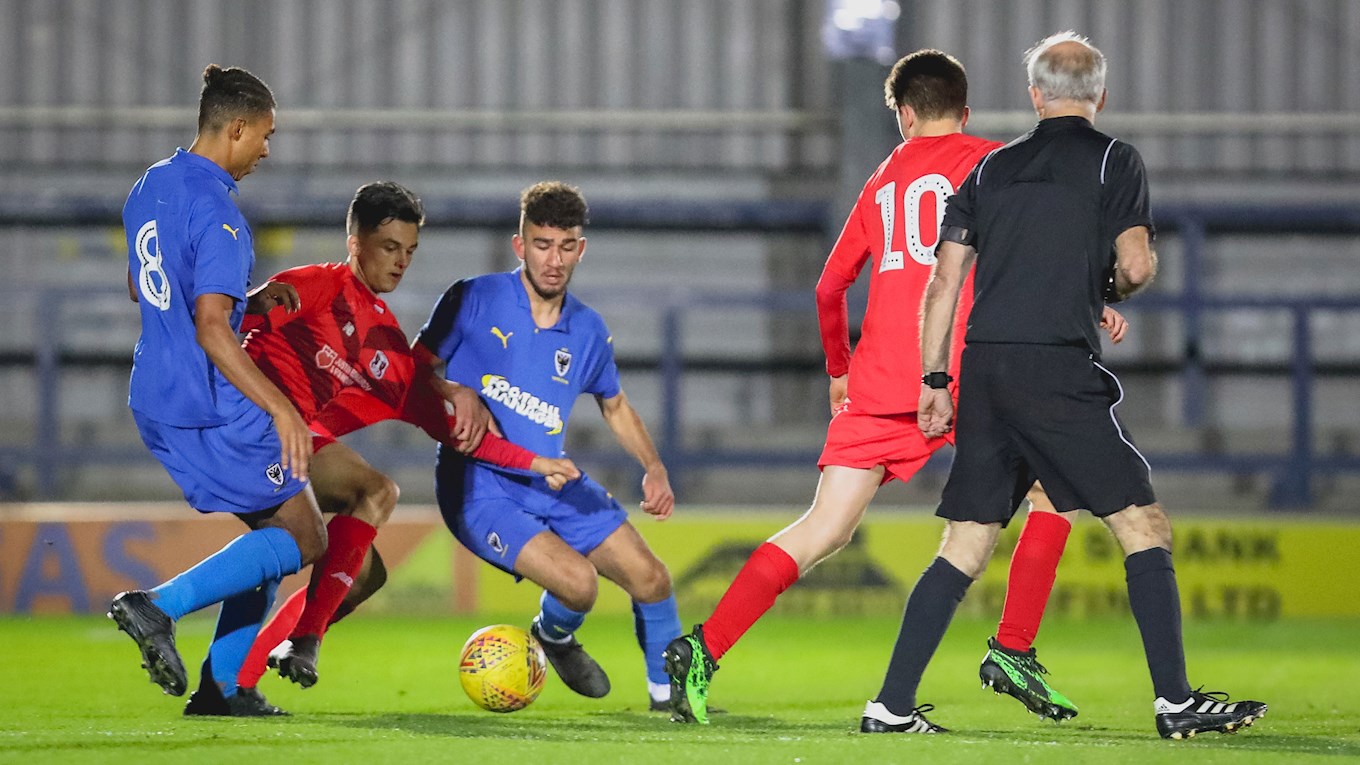 Huseyin, who was brought up in North London and played for Omonia FC in Enfield as a boy, is determined to continue his rise by earning a first-team debut next season.

“Signing a pro contract means everything to me, it’s all that I wanted to do,” said Huseyin. “I feel I’ve put my head down, worked hard, and made sure that I took in the information given to me by the coaches. I feel that is what has got me this far.

“I believe that the main thing is to stay humble, work hard, and to take in key information. The coaching I’ve received at the academy has really helped me and I wouldn’t have got this far without it.

“It was a great experience to be in the first-team squads for matchdays last season. I wasn’t nervous and I always trusted in my ability. Hopefully, there will be many more chances to come for me. I must work hard to earn the chance to play regularly at first-team level. It’s a beautiful stadium at Plough Lane that we are going to be playing at and I can’t wait for it to be finished. Hopefully, I will be playing there one day.”