Huseyin Biler today signed a professional contract at AFC Wimbledon after an impressive two years since joining the club.

The 18-year-old right-back, who can also play on the left side, was still playing Sunday League football for Ryan FC in Walthamstow until he was spotted by our academy and earned a scholarship after a successful trial.

Huseyin (second from right), whose family are from Cyprus, is pictured at Plough Lane today with his father Eddie, mother Emel, and his twin brother Ahmet (far left).

Huseyin earned call-ups for the first-team squad on match days last season with his attitude praised by Glyn Hodges. It’s a view shared by our academy coaches, who are proud of the progress that Huseyin has made in the last two years. 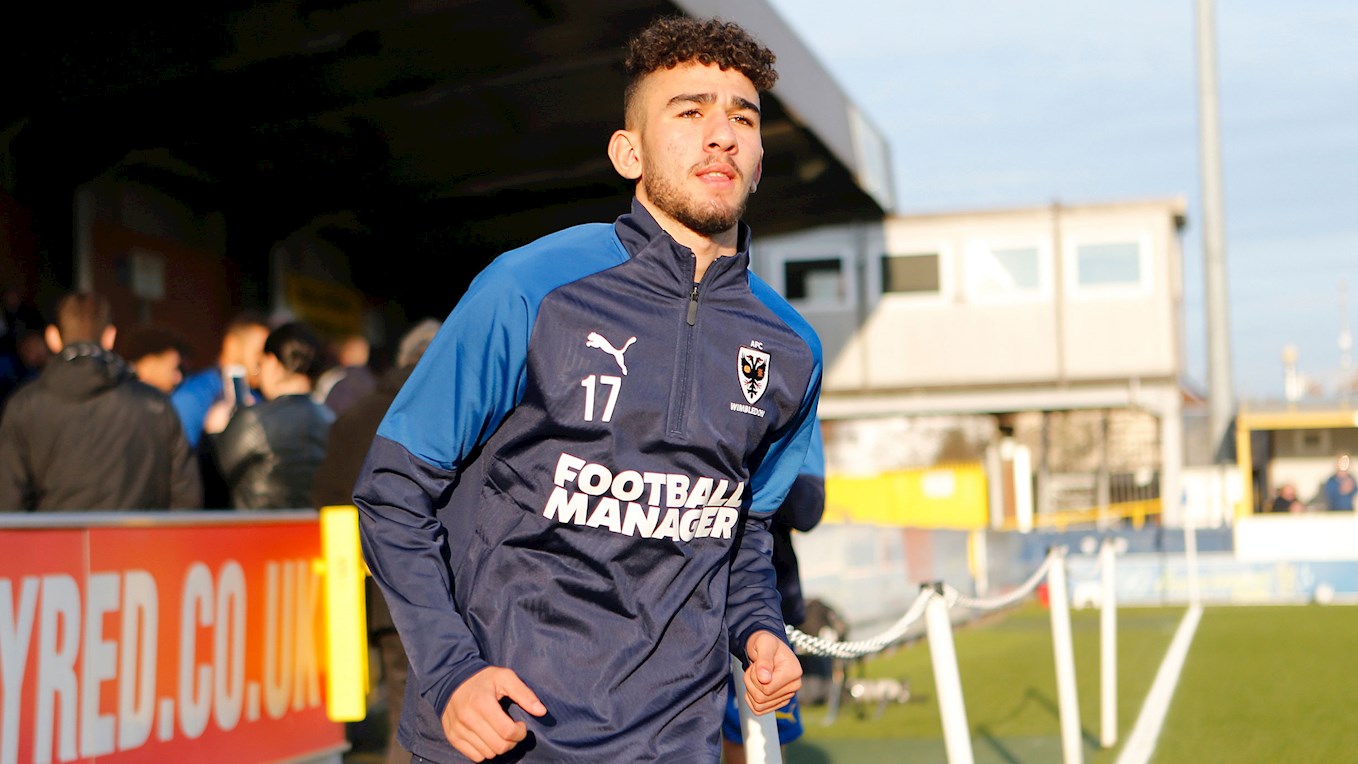 Academy Manager Michael Hamilton said: “Huseyin entered the academy relatively late but he represents every value that this football club stands for. He has earned this contract with hard work and accountability and you can see the progression that he has made, not just as a player but as a person as well.

“Last season he came close to making his first-team debut, but I have no doubt that the fans will love him when he gets his opportunities. Even as a full-back, he’s the type of player who will get you up on your feet. He is skillful and very good on the ball, but his outstanding attribute is his running capacity. He just doesn’t stop and would honestly have a chance as a long distance runner!

“I’d like to acknowledge the work of James (Oliver-Pearce) and Robbo. They have done a lot of work with Huseyin to improve his game understanding. Straight away they identified what he could do, but they spent a lot of time working on him tactically as they knew that could hold him back. Things like when to cover, when to support behind the ball, body shape, and timings of when to defend/attack were part of his education. With his engine and pace to get back in, Robbo and James had to ensure that he didn’t get into bad habits. They were very patient with Huseyin and spent valuable time with him, both on the pitch and in the classroom by going through videos with him.” 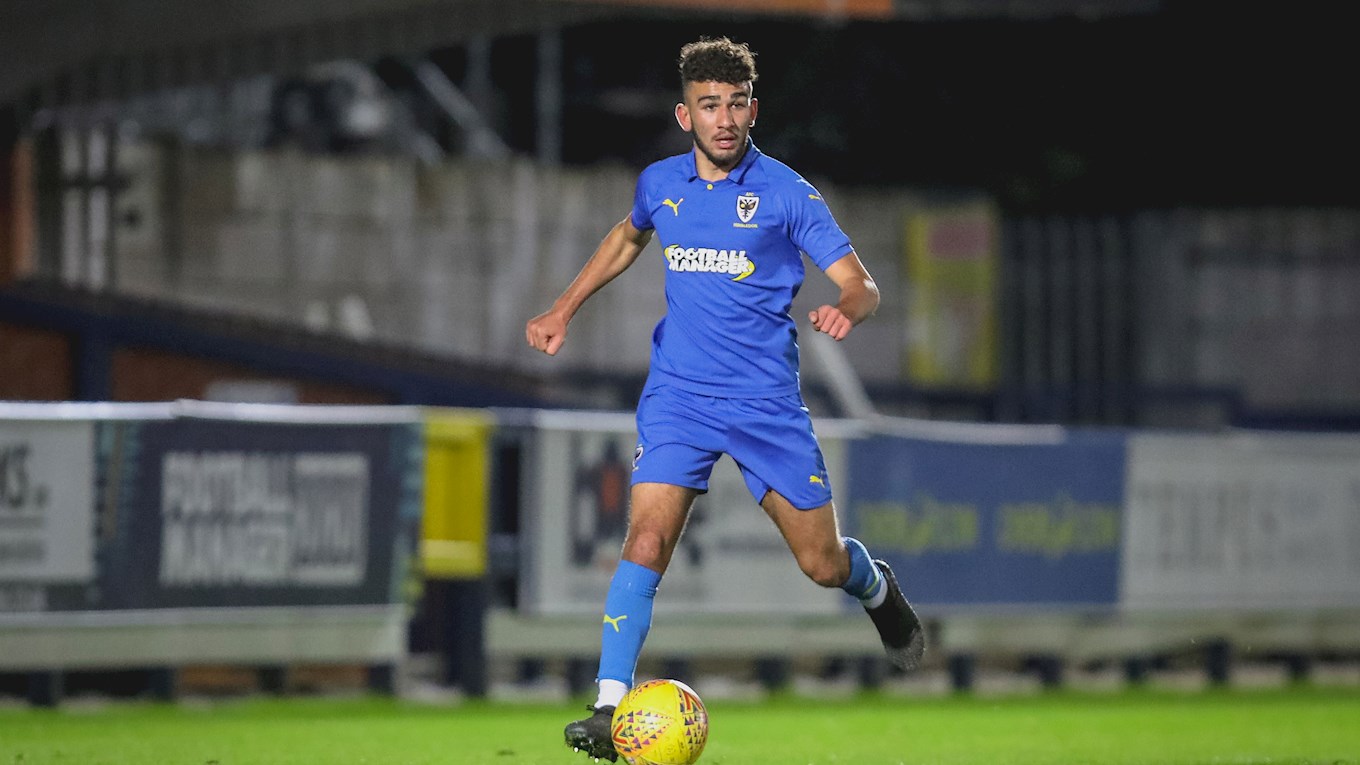 Under-18s manager Rob Tuvey added: “It wasn’t until you work with him daily that you really get to see what an appetite this young man truly has. During his time here, Huseyin has shown that he understands what the club means to him and I’m sure he will continue to do that, whilst looking to keep on improving every day.”

Our Lead Professional Phase Coach and Loans manager Mark Robinson believes that Huseyin, who had unsuccessful trials with Barnet and Leyton Orient, has an ‘exciting rawness’ to his game that will be appreciated by Dons supporters.

Robbo said: “Huseyin came to us from grass roots football. I know he trialled at other clubs, but without success, and I can see why because he was tactically very naïve. He played very much like a street player in terms of his decision-making. However, his attitude and application were outstanding. For me personally, those attributes are the first thing I look for in a player. It was then a matter of finding out if he was capable of taking on information. He wasn’t the quickest learner, but his enthusiasm to be the best was infectious and his fitness levels were brilliant.

“When we showed him our academy video of Wimbledon’s history he just sat there staring at the screen and his eyes started watering. To bring him in was not an emotional decision, but I cannot deny that I thought at that point, ‘you’ll do for me’. He has started to adjust to the game understanding side of things and on the ball his decision-making is improving all the time. We need to be careful with him though because he has a wonderful exciting rawness to his game that will lift a crowd and the team. You certainly don’t want to take that away with over-coaching him.

“We are always proud of players that come through the system over a period of time as we like to think they understand the values of the club. Huseyin has only been here a relatively short period of time, but his parents have instilled values in him so that he totally gets what we are about and what is expected from him as a Wimbledon player. Like all the youngsters, he has a lot of work to do, but I’m absolutely chuffed for him. He’s a wonderful lad and has the potential to be a future crowd favourite.”

Keep an eye out on the official website shortly for Glyn’s thoughts on Huseyin’s progress and more from the player himself.