With today as the 18th anniversary of AFC Wimbledon’s first match after reformation, we caught up with Joe Sheerin about that eventful night at Sutton United and what it meant to be involved.

Though Joe had watched matches at Plough Lane as a child with Wimbledon as his local club, he said that nothing prepared him for the moment when he drove into the car park at Sutton United – Dons fans everywhere!

“I had played in a lot of pre-season friendlies at Chelsea and you would get the hardcore fans turning up, but nothing would have prepared me for what I saw when I was driving into the ground at Sutton,” Joe recalled. “The streets were lined with fans cheering, they were trying to get into the car park, and it was packed. There was a party atmosphere and I had not seen anything like it, especially for a pre-season game! That was when I thought, ‘Wow, this is really something special’. 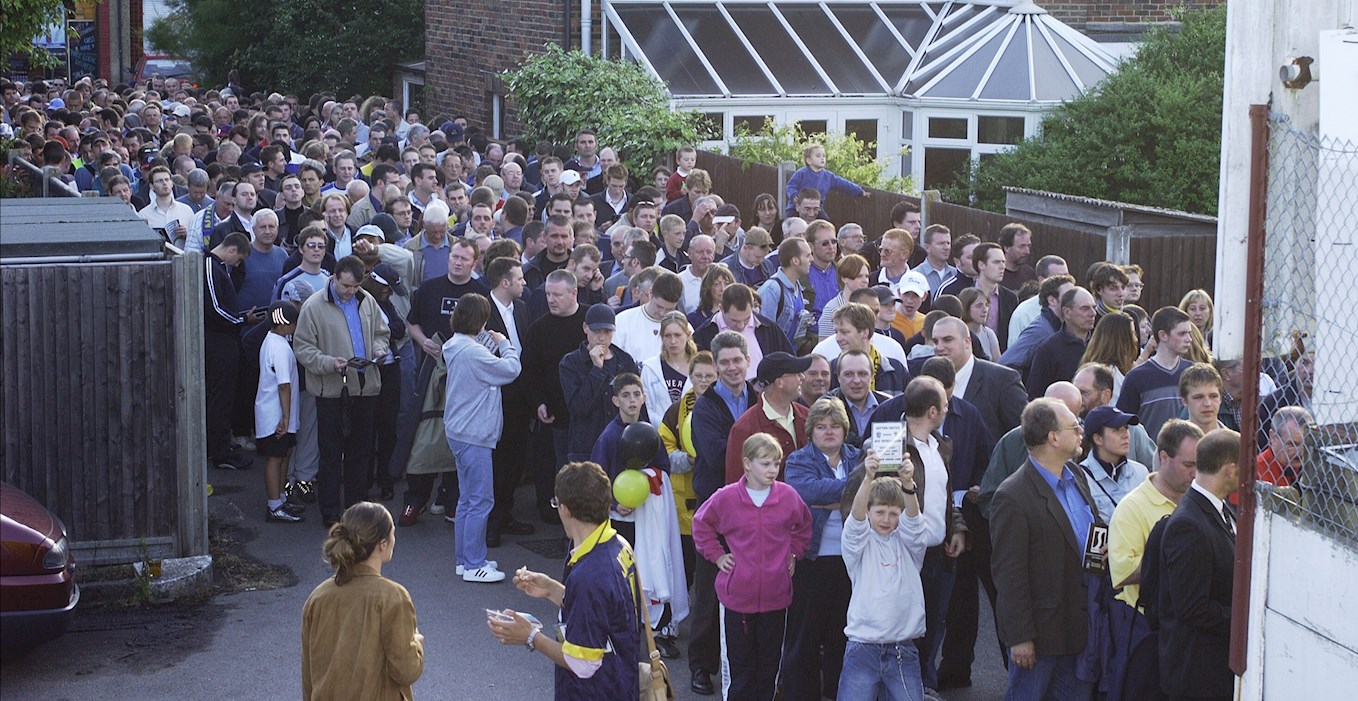 “I remember ‘Coops’ scoring – as he always scored did – and it was a hard game (Sutton United won 4-0). We had just been put together and Sutton were a very good non league side. Playing in front of the big crowd, they were well up for it. I just think we were a little bit all over the place, but the main thing was that we got through it. I don’t think it was about the result at all, it was just about that first game and that achievement of bringing this club together, and giving the fans their club back.

“I still get down to games when I can and I see the same faces of people that were involved from day one. There were so many volunteers that did amazing work. When you think back to what Kris and Ivor did from the start, and Erik, it’s a credit to all those people and the hard work that was put in. It has got the club where it is today. I saw the people behind it and their drive and determination.” 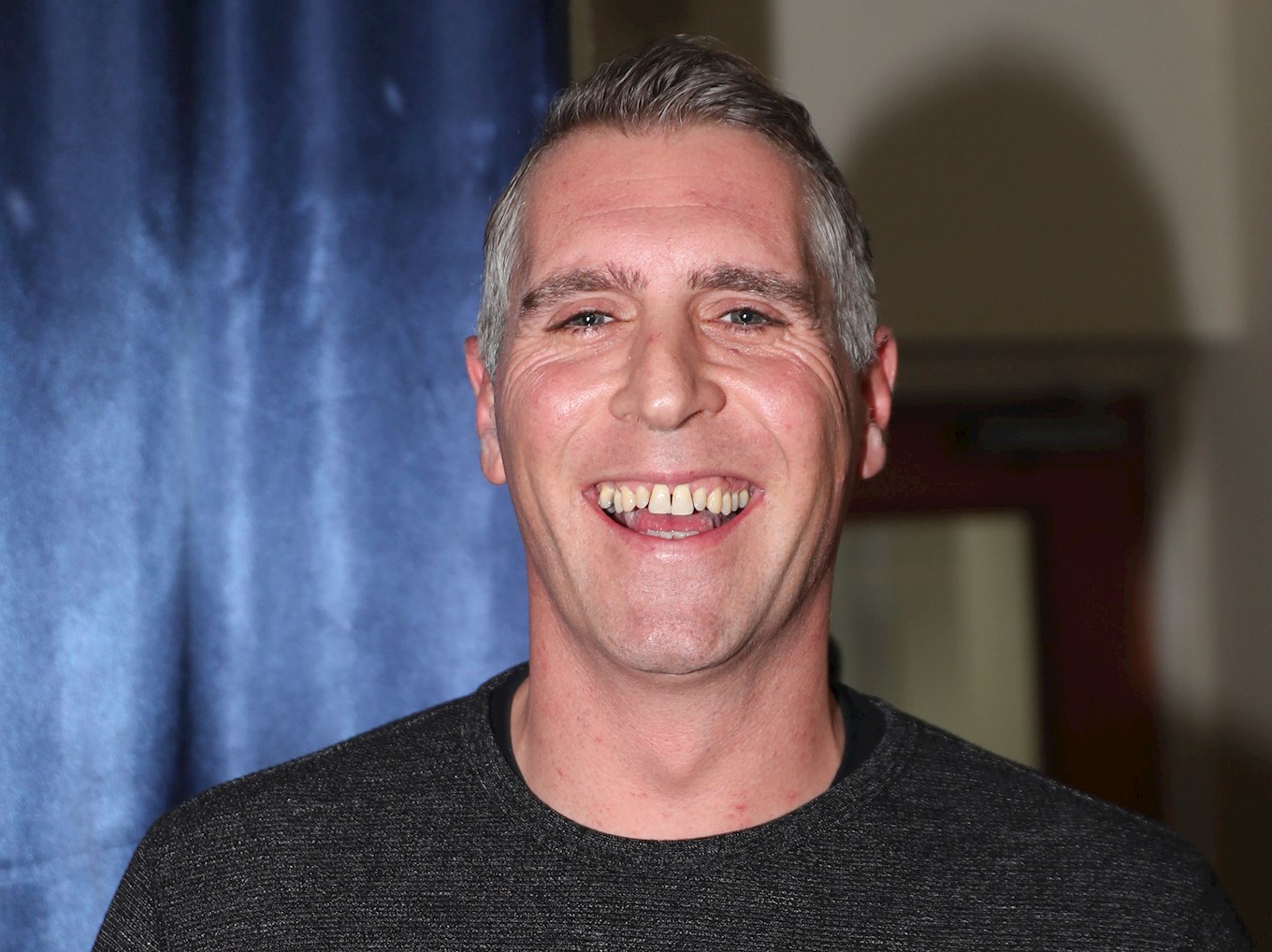 Joe, who ironically made his one and only Chelsea appearance against Wimbledon, added that he initially planned to just build up his fitness at AFC Wimbledon and use it as a platform to get back into league football. However, his plans quickly changed and it was a proud moment for him when manager Terry Eames made him captain. Joe’s contribution helped AFC Wimbledon to a first promotion after reformation in 2004 – the Dons winning the Combined Counties League title.

“I had left Bournemouth about a year and a half before joining Wimbledon after picking up a bad injury – a broken bone in my foot. It stopped me from moving to another club, so I had this year and a half absence from football and I was looking to get back into it. I was struggling to find a route back in. A few fans, the same guys I used to go and watch Wimbledon with at Plough Lane, told me that trials were being held for the new club. I thought, ‘I will go along and give it a go’. I went down to the trials and the rest is history.

“It was never my intention to stay at the club. It was originally about going to the trials, getting fit, and then getting back into league football. That was the original plan, but then from day one I thought, ‘no, this is something to be a part of’. Whenever you are a part of something special like this you can look back and be proud of it, instead of maybe getting back with a league club, playing a couple of seasons there, and moving on somewhere else. To be able to be a part of something that was close to my heart, and my home, I made the right decision. I grew up in Wimbledon, and it was a lucky coincidence that my first game (for Chelsea) was against Wimbledon. It was a club I had been along to many times before as a kid. Plough Lane was my local ground, I lived about a mile away from there, so it was the ground where I got to see all my live football when I was growing up.

“The fans had a few years earlier been going away to Anfield and Old Trafford - having those great days and great memories - but they were still turning up to watch us play on almost a park pitch with a rope around it! They had the same enthusiasm, the same passion. It was amazing, and it really showed they were not going to let their club die. What was done to them was so bad, and it must have hurt a lot. When I saw the passion of the fans and the drive behind it, I knew one day it was going to happen (getting back into the league). I never thought it would happen as soon as it did, and the speed with which it happened was amazing.” 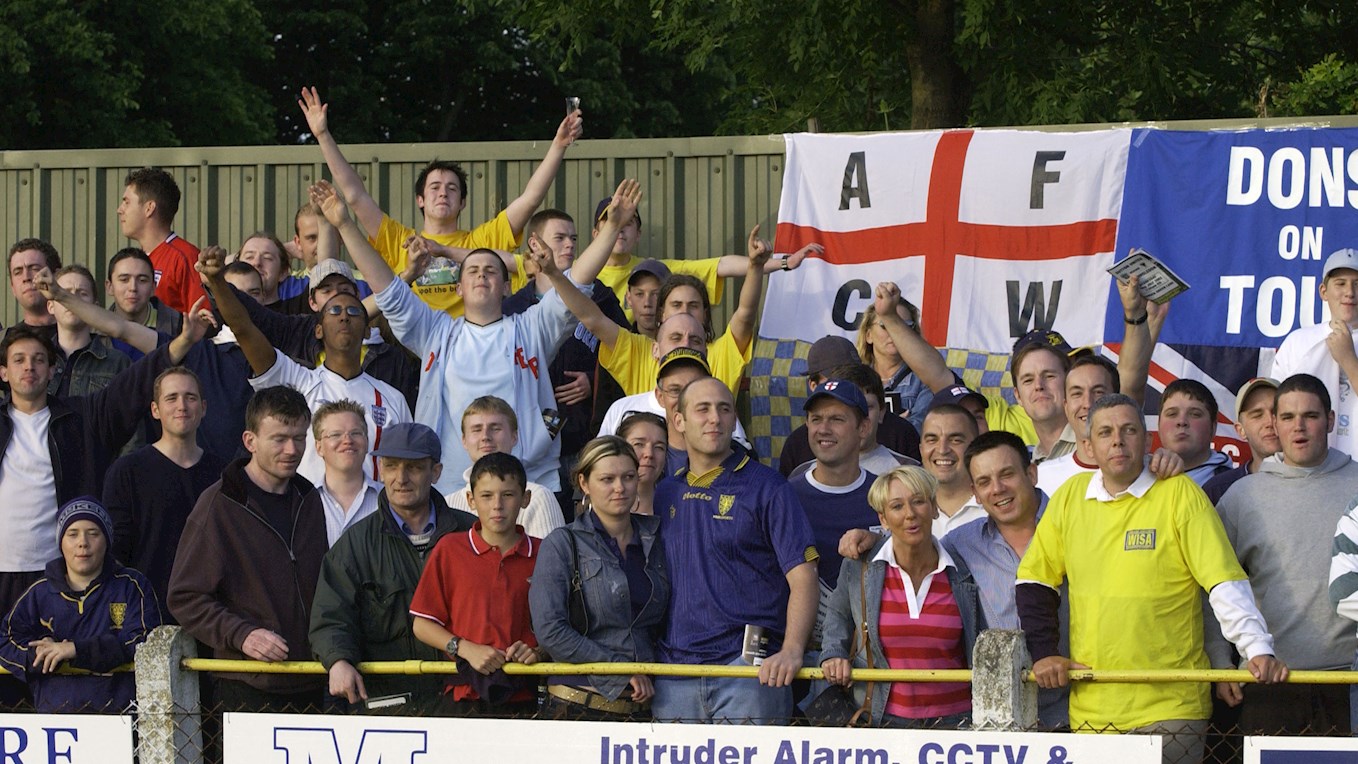 Of course, the trials held by AFC Wimbledon on Wimbledon Common are a pivotal part of the club’s unique story, and this is summed up by Joe’s memories of being one of hundreds vying to be spotted!

“The trials were absolutely crazy! I want to say that there were about 500 people there, but I might be exaggerating! It was mad and I remember thinking, ‘no way will they be able to spot talent in this large a group!’ There were about five or six coaches trying to spot some good players amongst this crowd of young lads. You had some good young players that had been around non league clubs, but also people just trying their luck! I think a lot of fans turned up as well. If you were a fan growing up the chance to even trial for the club was brilliant. There were a wide-range of talents and personalities there! It was a tough job to pick a team!

“I remember doing the warm-up at the trials and I spotted Terry Eames. I thought I would go up and have a chat with him. I explained my background and where I had been, I think when I said I had played for Chelsea his eyes lit up! I said to Terry that I would love to play for the club and two days later he named me captain!

“I had never been a captain before, centre forwards don’t normally make good captains. I said ‘are you sure Tel’ and he said ‘absolutely, I want to make you captain’. Obviously, I wasn’t going to turn it down. I don’t think I quite knew the scale of it.

“We had an amazing bunch of lads in that dressing room. We had some characters, some great footballers, and players who could have played a lot higher. We also had young players who were going to play a lot higher. We had a really good team and a really good camaraderie. That’s what stands out the most. I wish I had played more games, but I suffered with a lot of injuries. It was probably the best time in my career. The most enjoyable time in my career was at AFC Wimbledon.”

Joe, who was AFC Wimbledon’s first captain after the club reformed, talked to Rob Cornell about being a part of a special journey - and you can watch the full 27-minute interview below.