Nick Daws believes that Coventry City’s success in League One last season is a fine example of what can be achieved with young talent.

Jack Rudoni (pictured) and Paul Osew were the latest home-grown Dons players to step-up to league football last season, joining fellow academy graduates Anthony Hartigan, Will Nightingale, and Paul Kalambayi in the first-team squad, as League One status was retained. It is maintaining a club tradition that helped Wimbledon to punch above its weight over many years, and our Assistant Manager, who was initially brought in to head up our recruitment policy, is a big advocate of giving youth a chance. League One Champions Coventry certainly got the blend right last season with a crop of young players spearheading success.

Nick said: “We talk about breaking down barriers a little bit as the perception is that experience is vital across the board, but I think we proved last year, both during Wally’s time and then when Glyn took over, that we were never afraid to give young boys a chance. ‘Home-grown and hungry’ is one of the mottos of the academy and in terms of recruitment last summer Wally’s remit to me and the guys at the time was to carry on with that tradition. At an average age of around 23 and a half, we had there or thereabouts the youngest starting 11 in League One, alongside Coventry, who were fantastic in getting promoted as Champions, so it proves it can be done.

“We are both development coaches, so we’ve got that patience to give young boys a chance. We know that they will make mistakes, but also that they want to learn and get better. They want to make their mark in the game. We had a good balance last season. Some of the senior players were outstanding and experienced players have left - Scott Wagstaff and Anthony Wordsworth are just two examples - but I know there are others still who can provide mentoring for younger players.

"The likes of Callum Reilly and Luke O’Neill will this time around have that responsibility. Some of our younger players, including Terell, are incredibly mature as well. I’m sure by the time we start the season we will have a nice blend of senior players in the building, new players, and also young players, so it will be exciting for the fans. As well as looking at this current window, we’ve been looking at how we can move the club forward in terms of being prepared for what the future brings. I believe that fits in with what the ethos of the football club is across all departments.” 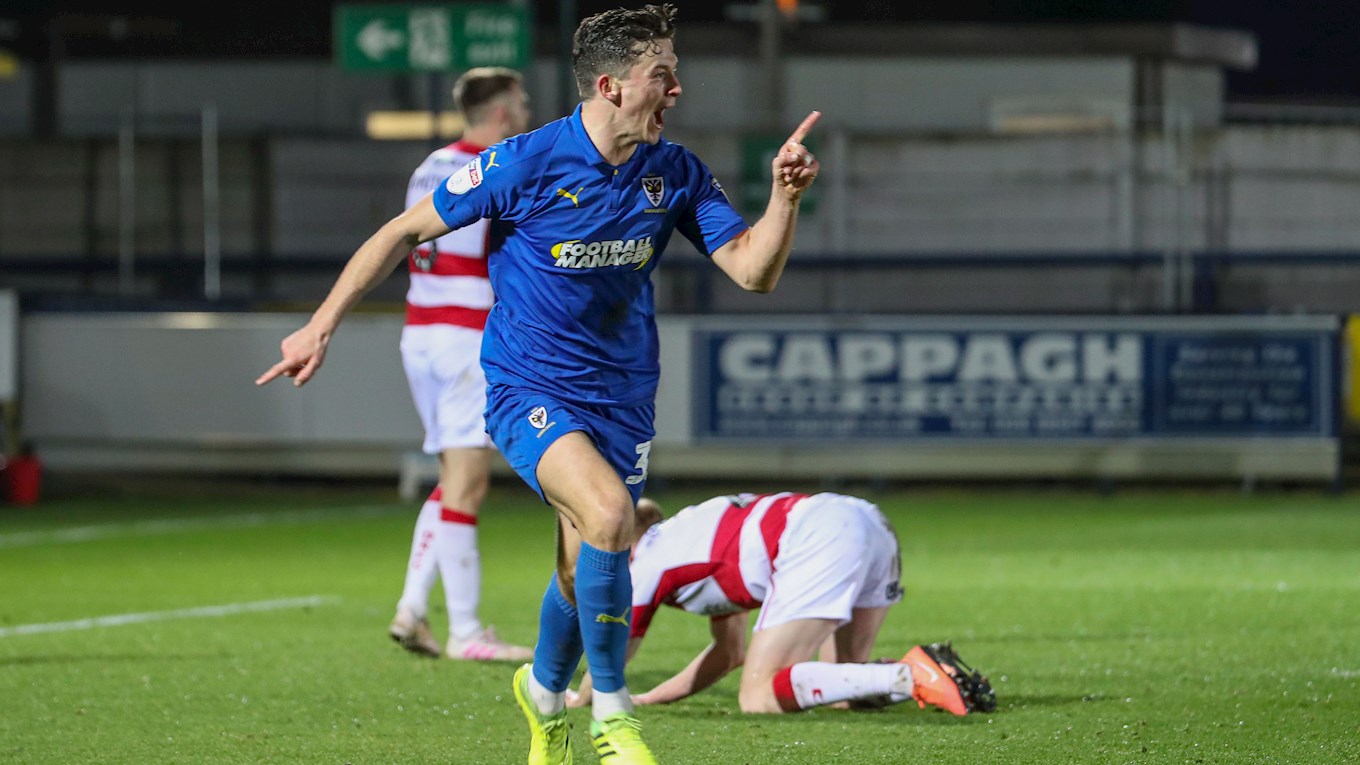 Nick is under no illusions about the challenges Wimbledon will face next season as the top half of League One will again contain several clubs more accustomed to operating at a higher level. However, the move to a new stadium makes it an exciting time for all connected with AFC Wimbledon – and Nick is convinced it can help to push the club forward.

“Those clubs who have got a major benefactor, for want of a better word, have gazumped us in terms of being to offer bigger salaries, but that’s the unfortunate truth about it,” added Nick. “We accept that and we will be trying to make the best of what we have at the moment, knowing that when the new ground is bouncing with an increased attendance than we had previously it will put us in a better position. The clubs that got promoted will come up with a lot of momentum, irrespective of what their budgets are. If they keep their squads together that will be a big plus for them. The clubs coming down from the Championship will be strong, as they always are, just because of the revenue they’ve had from the previous years. It’s up to ourselves to put the best team out and keep it on the pitch. 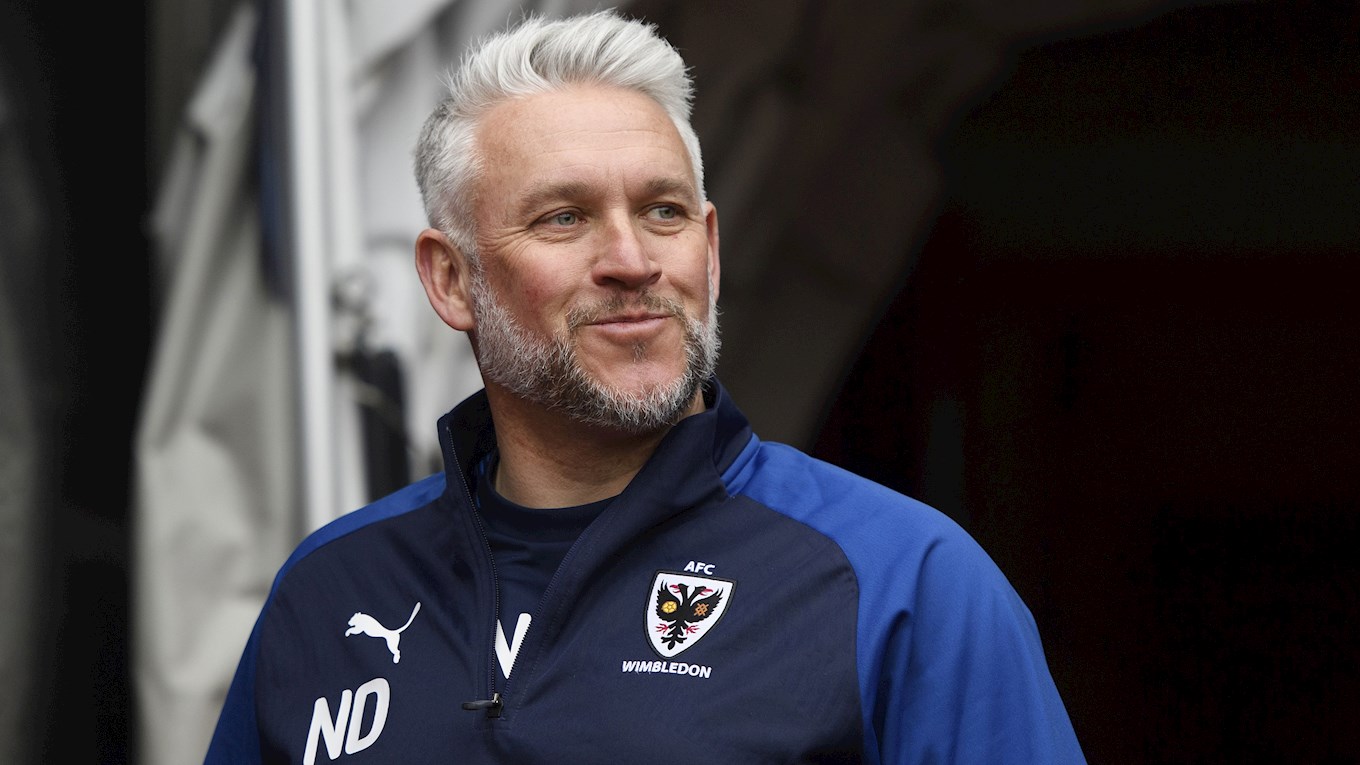 “Moving to the new stadium is going to be incredible. I had already left Rotherham by the time they moved to the New York Stadium, but I played in Paul Warne’s testimonial 12 months after it opened. It’s an incredible venue and I think ours will be exactly the same. I think it will be a real arena for the supporters to come and enjoy, a place where they can socialise and enjoy the Fans’ Zone, as well as using the corporate and commercial facilities, which will help us too. That day can’t come quick enough, I’m just praying that things move forward with Covid-19 and more fans can be in the stadium for that first game."

Since joining us, initially as Head of Recruitment in early 2019, Nick has helped to retain our League One status, but he believes that Wimbledon has to be about more than just that in the coming years.

“In terms of landmarks, we had the Bradford game when we stayed up and we felt strongly that we would have achieved League One status again, even if we had gone all the way to the 44th game of the season,” said Nick. “For the football club, the single biggest milestone will be that first game in the new stadium. For an outsider in many ways, that’s the bit that you don’t really realise until you get into the heart of the football club and see all the hard work put in by staff and volunteers - those who have been a part of it since it reformed. That’s the bit that does get you. You build a stronger affinity with a football club like that than you would if it was a normal football club. That’s not being detrimental to Scunthorpe, my previous club, or Barnsley before that, it’s just the way it is. I spent nine years at Bury and in total probably about nine years at Rotherham, so those things take time to build, but it kind of gets you straight away at Wimbledon, which is a fantastic feeling in itself.

“Glyn has been a big part of this football club for many years and the objective is to put the best team on the pitch that we possibly can, within the constraints that we have in the current situation. The players will continue to give 110 per cent, as they’ve done every week since I’ve been at the football club and with a fair wind that will allow us to be more competitive, so that we can move forward. How long it will take, I don’t know, but the objective is to be climbing the league and getting towards those play-off places, having the dream of taking that next step into the Championship when that opportunity arises.”

Nick’s interview was part of an extensive Zoom chat with Rob Cornell and you can watch the full interview by clicking on the link below.