Twenty one stops and over 50 miles offered a unique summer challenge for six of our players, but proving their fitness was far from the number one priority.

That’s because the cycle ride was organised by Mark Robinson to give players some hands-on experience of the Dons Local Action Group’s day-to-day operations and the dedication to the cause that volunteers have provided to help the community.

In case you missed it in the DLAG newsletter, Ollie Ryan Tucker put together an article about last week’s ‘Tour De South London’, as players got on their bikes and visited collection stalls and hubs.

Take a look below at Ollie’s full write-up.

The players had been keen to show their support for the Dons Local Action Group. They had done the Instagram and Twitter posts, spreading awareness and getting the message out there, but they were keen to get directly involved. For our many volunteers who are Wimbledon fans, it was a special moment, meeting the players we cheer on each Saturday. But for those who aren't connected to the club, it was an opportunity to emphasise the importance the club places on community action, and above all, player-led community action. This was very much a player initiative, which makes it that much more special.

First team coach Mark Robinson has been involved with Dons Local Action from early on, doing shifts at Morrisons Wimbledon and at Tesco, and after seeing the heroics of Morgen Brits, he came up with this idea. With the players, he put together a schedule - 21 stops, and over 50 miles on the bike! 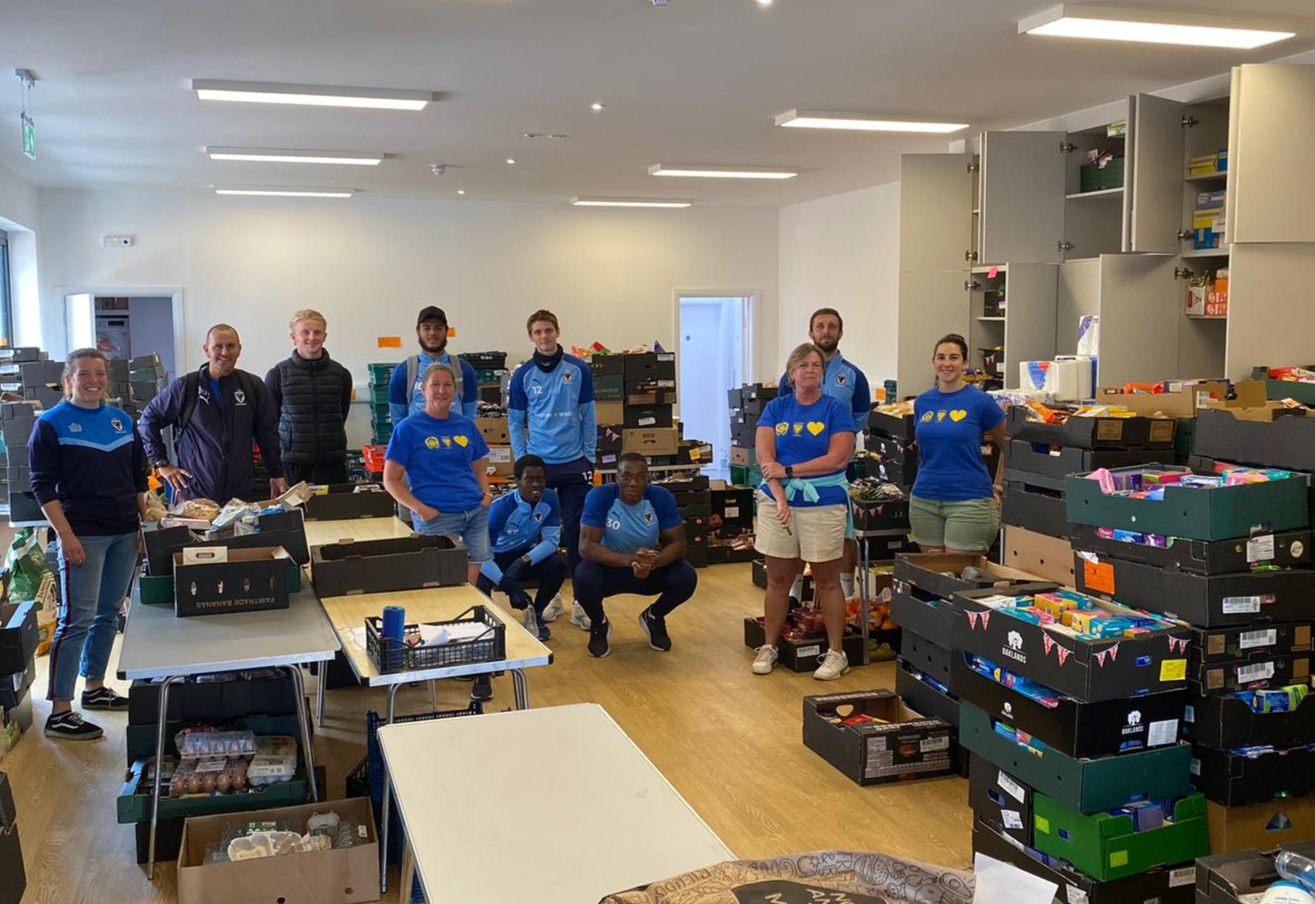 The Dons started at Kingston, visiting the Kingsmeadow hub. Paul Kalambayi told us that he was "amazed" by the sheer scale of the operation. Those at the hub that day were glad of the visit, a nice recognition of their efforts. Paul added that Dons Local Action is reflective of what he calls a "Womble mentality" – a strong community focus putting a smile on the faces of volunteers. The Dons were also joined at Kingsmeadow by Haydon the Womble - always keen to get in on the action!

From there, the players went onto the Merton Old Ruts hub, stopping off at various stalls, where they were met by both Dons fans and those new to the AFC Wimbledon community. One volunteer commented on how interested and enthused the players were by their efforts. Nesta Guinness-Walker said it was "a great opportunity to go and see the hard work that goes on behind the scenes", and he added that he can’t wait to play in front of some of the fans in the future at Plough Lane. 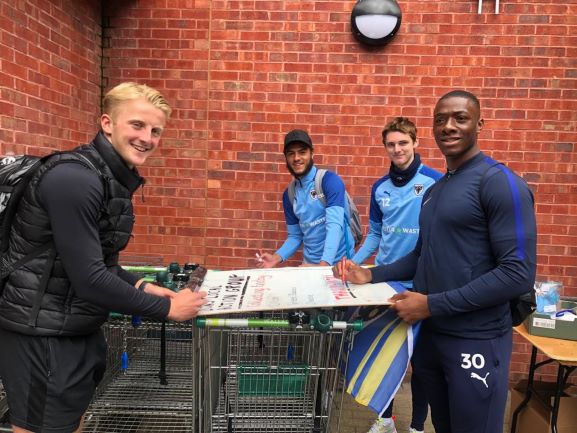 The cycle continued to Wandsworth, the players meeting volunteers helping out at the hub. Colin, one of our Wandsworth stalwarts was "blown away", describing the lads as "brilliant". Perhaps most notably, he was "hooked on the whole energy" Dons Local Action and the club had transmitted - and now he has vowed to get a Season Ticket at Plough Lane! Archie Procter, who has been with the club since the age of 11, signing his first professional contract last year, described the experience as "inspiring to all the players".

Four of the players participating have come through the AFC Wimbledon academy, which sums up the community focus behind the club. The visit was a great example of the club and community as one unit and it certainly provided a fine example of that "Womble mentality". 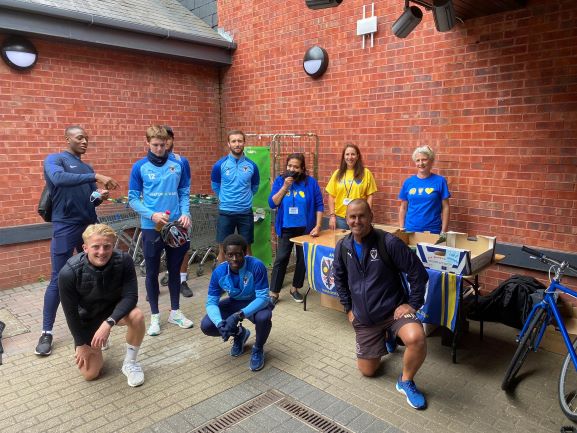