Wimbledon College teacher David Doran has shown plenty of initiative away from the classroom in recent months!

That’s because he came with up the idea of setting up a weekend pop-up collection stall for the Dons Local Action Group – and it’s still going strong now.

David, who is pictured left above with our Club President Dickie Guy and DLAG co-founder Cormac van der Hoeven, came up with the idea shortly after lockdown started with people stopping off at the Old Wimbledonians RFC base to drop off food supplies.

“I work with Cormac at Wimbledon College and the volunteers had completed one week of collecting outside Morrison’s in Wimbledon,” Dave recalled. The hub at Old Ruts had also been set-up to distribute food. I just thought, ‘Why not do a Saturday pop-up stall?’ Cormac and others involved thought it would be a great idea, so we decided to set it up on Coombe Lane, where Old Wimbledonians is based, and we managed to get club members involved as volunteers. My son Con has also helped out. We’ve had people stopping in their cars to donate a few bits, but also big drop-offs. The Dons Local Action Group is a big operation now with over 1,000 volunteers, but this provides an additional collection point to the supermarkets.” 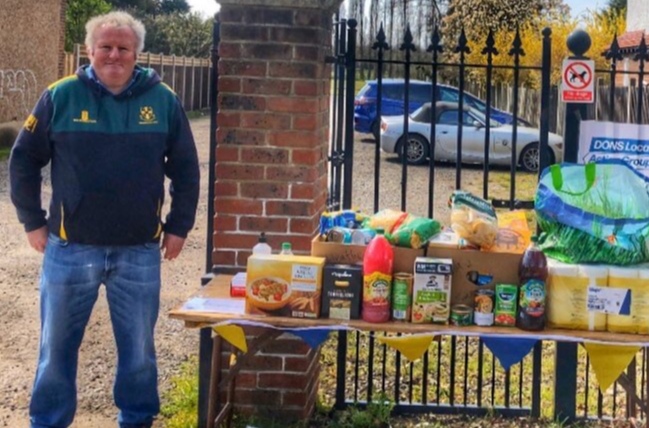 It’s yet another fine example of how local sports clubs, including AFC Wimbledon, have worked together for the good of the community. As President of Old Wimbledonians RFC, David’s big passion is rugby, but he’s happy to put local rivalries with Old Rutlishians aside!

“I was really proud that from the start two local rugby clubs played a big part with us and Old Ruts helping to make a real difference,” added David. “The community coming together is what has been fantastic for me. Olds Ruts would be our biggest rivals in terms of cricket, rugby, and football, but everyone has worked together for the good of the community.

“I got involved through hearing about it from Craig (Wellstead, President at Old Rutlishians’ Association), Xavier (Wiggins) and Cormac. At the start of Dons Local Action I helped out at Mitcham, Wimbledon, and Tooting, plus outside Waitrose in New Malden. My sons Con and Felix have both been involved with volunteering.

“I set-up a What’s App group, which included coaches in our junior rugby section called Old Wimbledonian Warriors, and all the members in our rugby, football, and cricket sections. We’ve probably had about 40 volunteers from our club, and many of them have been doing driving and delivering. We’ve got Kevin McArthur in charge of the distribution hub at Wandsworth. One of our members Gregory Martis got approached by a consultant about providing meals for the NHS, so we’ve ended up cooking 22,000 meals for hospitals!” 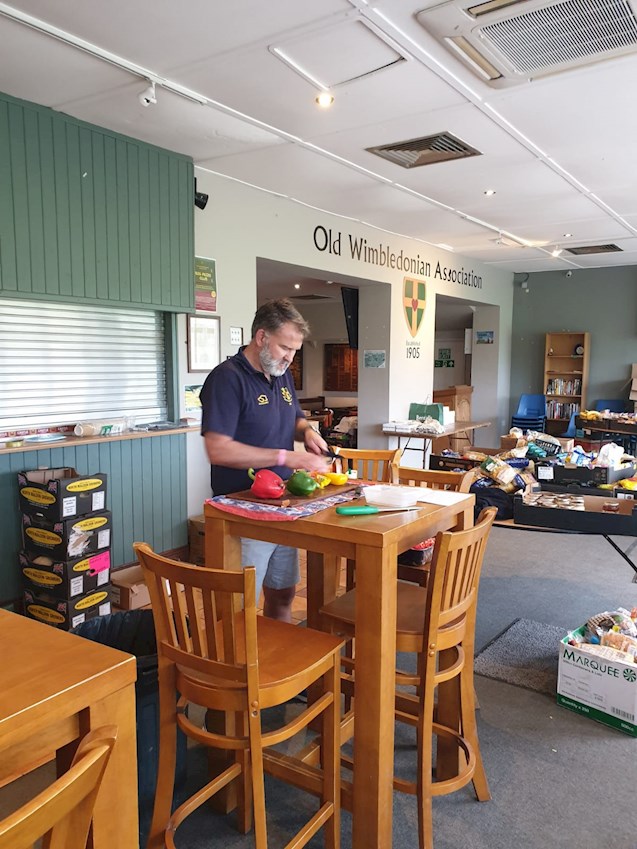 That initiative has deservedly earned headlines in the media, including a message from England Rugby Head Coach Eddie Jones that praised the collective effort. Using their Coombe Lane clubhouse as the base, volunteers at Old Wimbledonians prepared ready-made meals in microwaveable containers to be distributed on a daily basis. Local residents in Coombe Lane also provided baked goods to add to the food parcels.

David said: “The supplies came through the Dons Local Action Group and our Chef Richard Browne (pictured below) was certainly busy! It started when Gregory was asked by a consultant, and he was the driving force of the NHS meals project. We also had help from people at The Alexandra, Rose & Crown, and Leather Bottle pubs, plus the Vallebona catering service. The Young’s pubs have played a big part in helping out and there was a feature on the BBC’s The One Show with the landlord of The Alexandra pub. We also managed to get Abel and Cole to provide loads of pieces of fruit over a six-week period. The success of this project showed what can be achieved by the power of the community working together.” 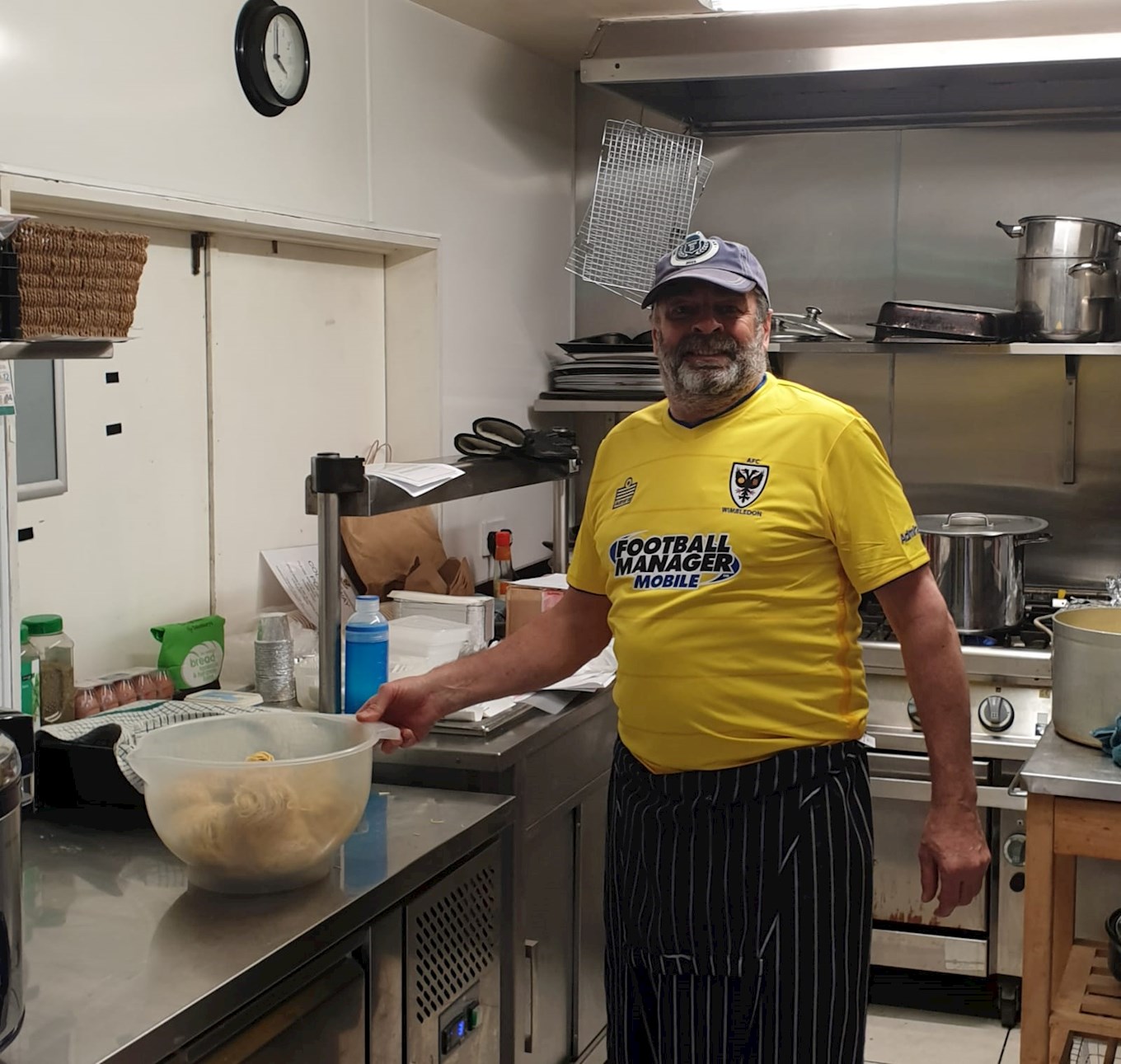 David has worked hard to spread the message about the value of volunteering, highlighting the difference it can make to people’s lives – and what it can do for volunteers themselves. At a time when lockdown restrictions have eased, he highly recommends volunteering to young adults as a way of developing their skills.

“I’ve been involved in trying to get people at Wimbledon College and Old Wimbledonians to help out," added David. “I’d like to massively encourage sixth formers to get involved with volunteering. I think this would really help because now people are going back to work due to the lockdown easing. People are going off furlough and back to work. The people we’ve had helping will do all kinds of volunteering.

“The people who volunteer in a crisis are those that flourish because they can find new skills. They also find it as an opportunity to meet new people. London can be a very lonely place, particularly if you are a young student coming here, or a youngster who has graduated. For pupils at Wimbledon College, they get to know other students, but they can meet so many other people who can enrich their lives. We hear a lot of bad stuff about people, but you get to also see the good side of people through volunteering. So many people of different ages and from different backgrounds have been putting their hands up to do their bit. People with completely different skill sets have been helping out and people donating food don’t necessarily have that much. People are giving their all for the community. It’s very heartening to see the community come together in this way.” 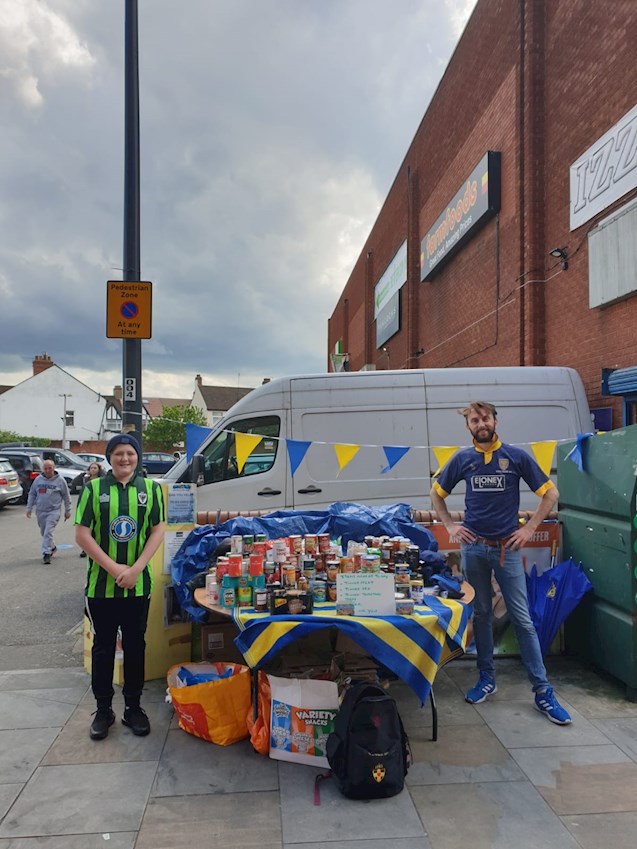 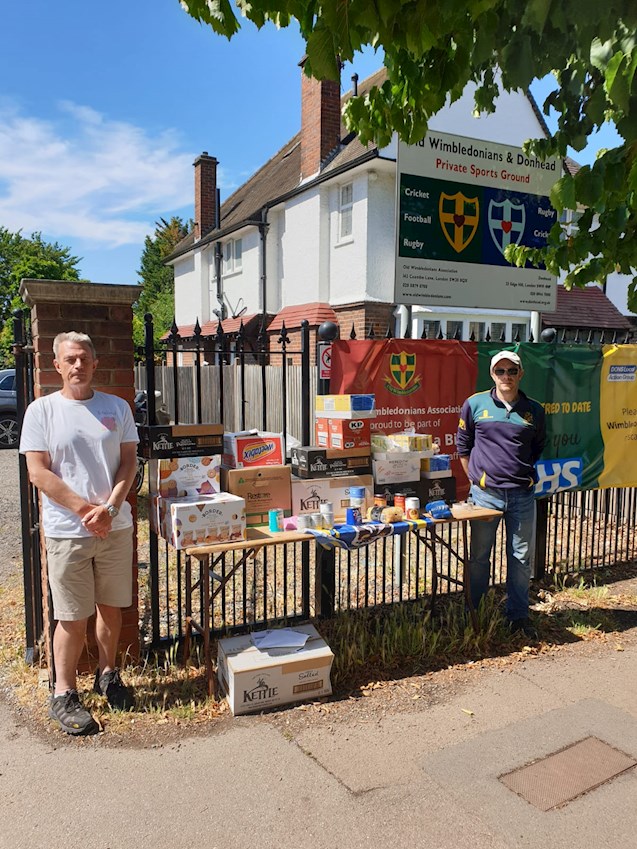 Though originally from up north, David has a real fondness for AFC Wimbledon, often coming along to our matches as a special guest of sponsors, and he is planning to attend games at Plough Lane with his sons.

“I am rugby through and through, but I love live sport, and I also take my kids to AFC Wimbledon as well. I have been a guest of sponsor Andrew Harding at AFC Wimbledon matches over the years. I taught Andrew, who is co-founder at Your Golf Travel, and Ryan O’Sullivan from RyGas. Colin Dipple from Chemflow is also an Old Wimbledonian.

“I’m not a massive football fan, but I am from Manchester, so I follow City and my boys do too. I like the idea of my kids having a local side here and they love AFC Wimbledon. I have a picture of my son volunteering and he’s wearing a Wimbledon shirt. Whenever I have been along to your games I have always felt that it’s a real community club. You can also have a drink with the opposition supporters in the bars and it’s really friendly. There is that big link with Old Wimbledonians. People from the club have ended up involved with the Dons Local Action Group in loads of different ways. That’s been a brilliant aspect of this. People have got involved by offering their different skills. Some people are on the phones, doing the shout-outs at collection points, or packing the boxes. Everyone is learning new things as well. 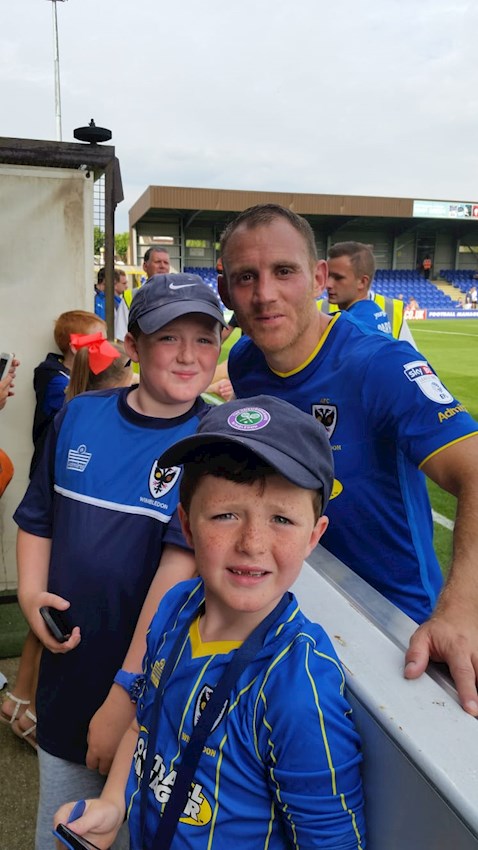 “When we've been to watch AFC Wimbledon you are so close to the action. I remember my kids being inspired by watching Barry Fuller running up and down the wing. You could see him working his socks off, not just when he had the ball. Players like Will Nightingale are fantastic for the club as he has that connection with supporters. Lyle Taylor was always great with our kids too when he played for the club. It’s a real community club and it’s no surprise that the Dons Local Action Group has achieved so much. It has involved a lot of people who are nothing to do with the football club.

“For a lot of people involved with the club, it’s a big thing for Wimbledon to return to Plough Lane. I think it’s very important that the club doesn’t lose the community aspect it had at Kingsmeadow. It was such a small, tight, compact place. It gives people that identity to follow a Wimbledon team playing at their home in a new stadium. It will be good for Wimbledon as a town to have a football club in the area.”