A total of 1,000 volunteers have now been enlisted for a community project that keeps on delivering – and finding new ways to help vulnerable people.

Earlier today there was a message from the Dons Local Action Group Twitter page that proudly stated: "We’ve reached 1,000 registered volunteers! A huge milestone and perfect for #VolunteersWeek2020.”

Xavier Wiggins told the official website that it’s been an ‘incredible’ effort from Wimbledon supporters to get the initiative off the ground, but he also stressed the importance of support from other sections of the community.

“It has been brilliant from the many groups that we’ve worked with along the way,” said Xavier. “This includes groups of schoolteachers, and the rugby clubs - Old Ruts, Old Wimbledonians, Richmond RFC, and Rosslyn Park. Tooting Bec Rugby Club had their tour cancelled, so they did a big sponsored walk, run, cycle event. All the proceeds from that went to the Dons Local Action Group.

“Everyone is coming together. Loads of groups locally have got involved in a big way. The landscape is changing with lockdown easing, but we are very focused and demand is not dipping. We are just focusing on providing as much help as possible to those that need it in the boroughs.

“I don’t think I had any expectations at the beginning to be honest, it all just happened so quickly. It’s incredibly fast-moving, we are growing every day in terms of our processes. Has it surprised me? I’d say the whole pulling together of the community, whether they are volunteers or not, has just been a real shot in the arm. We’ve had people walking up to us outside shops and donating trolleys full of food. I have just heard on our What’s App group about a lady who has been painting and selling her works of art with all the proceeds going to the Dons Local Action Group.” 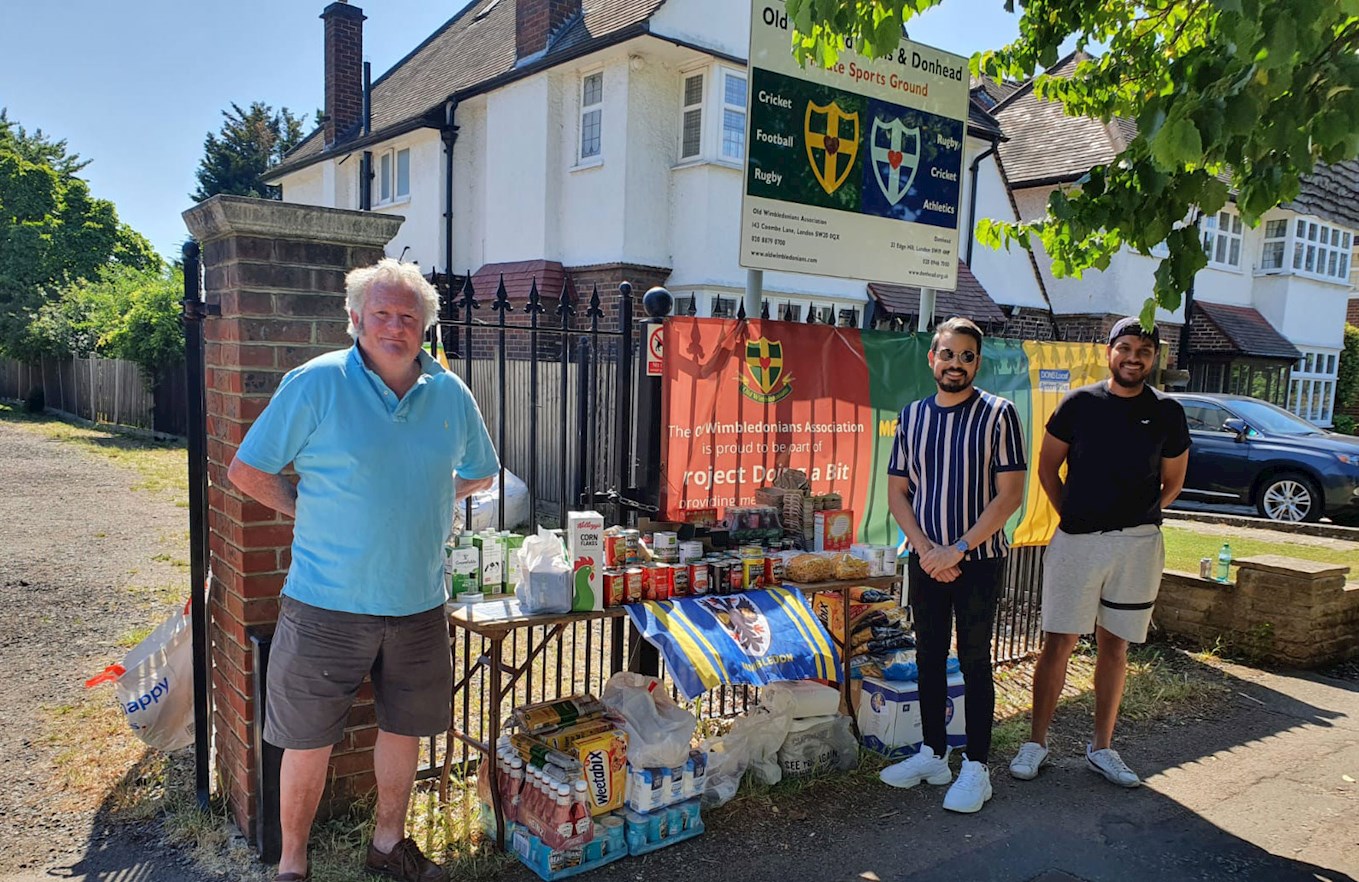 The initial idea of collecting food at a weekend from a base in Wimbledon is now far removed from the scale of the daily operation – and there’s a wide variety of ways that the group are helping the community.

Xavier explained: “We are doing an initiative with Fulham in Wandsworth, providing ingredients for meals to feed the homeless. We’ve also helped a family in Wandsworth that had a fire at their home, which burnt out their place. They were uninsured and had absolutely nothing. We were asked if we could help, so we set-up a group to provide them with what they needed. We are providing anything from sofas to towels, and bedding, so we’ve got a mini-group of people focused on that.

“We helped people who were homeless and now they are helping us out on stands outside supermarkets and at the hubs. We’ve also got lots of sixth formers involved and kids working with their parents on stands. There’s also a real spirit of learning. People are learning skills, so they are enhancing their own prospects, as well as helping other people.

“We are working with so many big community groups, including local councils, the emergency services, and charities. We are working alongside them in a real combined effort to help people in the community that need it. Siobhain McDonagh’s office called us and said they have found a street sleeper, who needed food quite urgently. They are going through the process of helping that person, but these processes take a bit of time, so we were asked to help. They are being helped as we speak. Someone has gone out to find that person in the park to take food to them. The project is deep into the community now.”

The Dons Local Action Group are looking for more volunteers to help this great community project. If you can help, contact 020 3301 4511 (9am-6pm), or you can e-mail dla@afcwimbledonfoundation.org.uk . 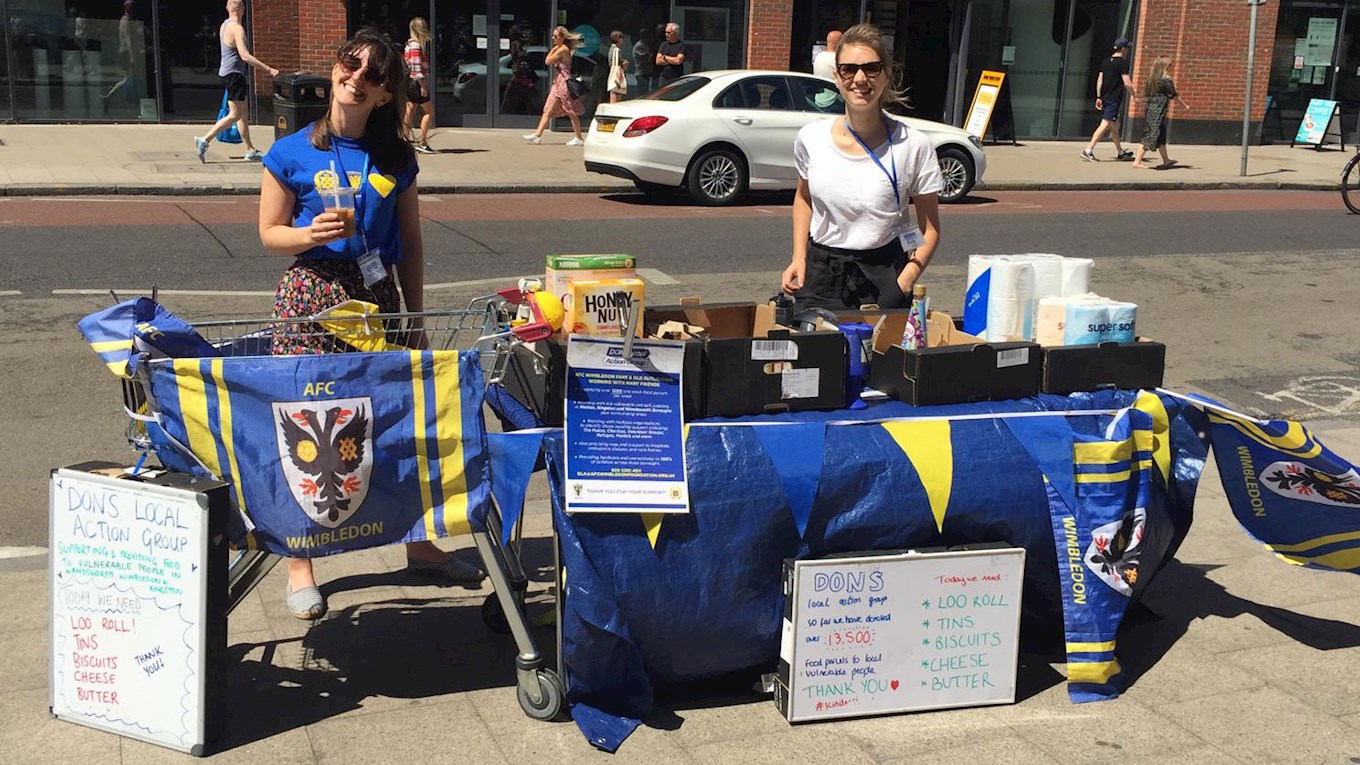