Dom Kelly and his tireless team have passed a significant milestone by delivering 400 computer devices to help children with home learning at a difficult time.

While the Dons Local Action Group has rightly earned headlines for providing food supplies to those in crisis, the volunteers involved with ‘Keep Kids Connected’ are also deserving of high praise.

The process has become a well-oiled machine thanks to the efforts of around 30 volunteers. Following the donation of a computer laptop or tablet via the Keep Kids Connected website, one of the team will arrange to pick up the device. It will then be delivered by a volunteer driver to one of the team’s IT specialists, who will ensure the computer is cleared of data and completely checked, before it’s delivered to a school in Merton, Wandsworth, or Kingston.

Headteacher Tina Harvey at Perseid School, a special educational needs school, said: “A huge thank-you to Keep Kids Connected, the Dons Local Action Group, and to the anonymous donor for making the donation of an iPad. It means that one of our pupils can have access to home learning via our school website and it allows the child to keep up to date as much as possible with everything that’s going on.”

Dom Kelly, who has been at the forefront of Keep Kids Connected since its inception, said that the last few months have shown just how much demand there is for computers with many children not having access to online learning at home. He added that it has been very satisfying for him and his team to make a difference in this way.

“At the beginning we didn’t have an idea what the demand was going to be like,” said Dom. “I initially thought ‘let’s see if we can sort out a few laptops and get them to schools’, but it quickly became apparent that there are many kids out there who need computers. The only access they have to the internet will be through a phone – sometimes a device that belongs to a parent – and that’s not suitable for home learning.

“This was an issue before Covid-19, a problem during the crisis, and it’s also going to be an issue after things get back to normal. Whatever restrictions are in place at schools now, I suspect there will be restrictions for many months to come. There is going to be a lot more emphasis towards online learning than there has been in the past. Having access to a computer at home is going to make a difference to children. It can change a child’s whole life as we are providing that learning resource, which will enable them to progress.” 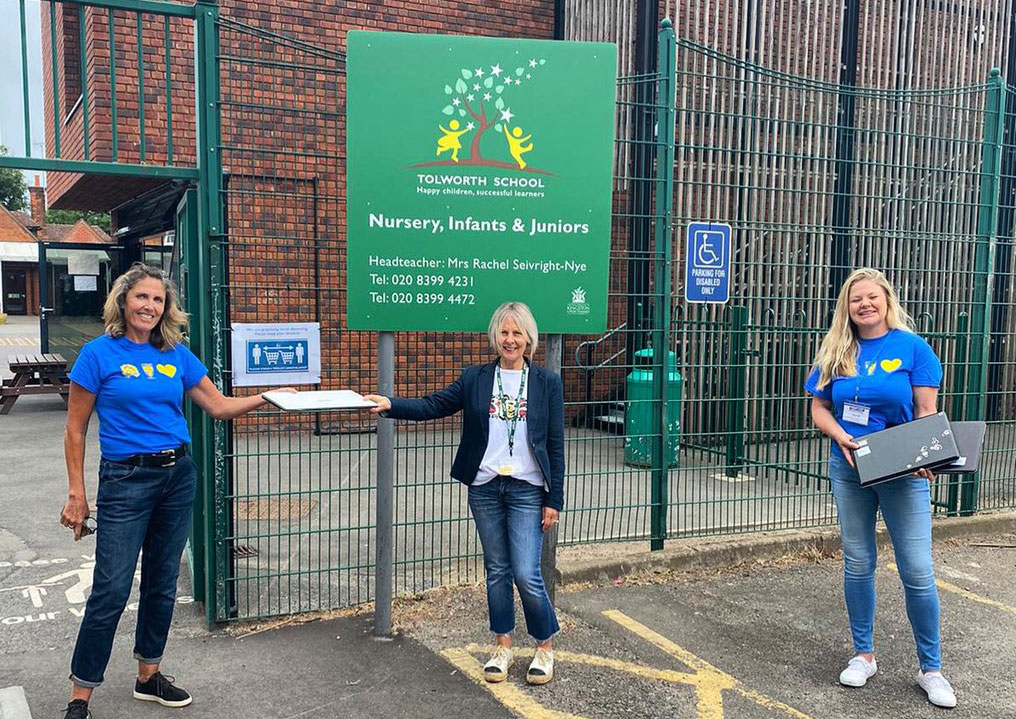 The hard work by Dom and his team is certainly very much appreciated in the community, as shown by this note of thanks from a mother of three. “I was completely blown away when I received a phone call informing me that a wonderful team had put together a number of laptops to help out families who are having difficulties accessing technology to enable children to home school effectively. My family have been gifted a laptop that now my children can use to complete work set out by their teachers on Google classroom. Thank-you to all those involved.” 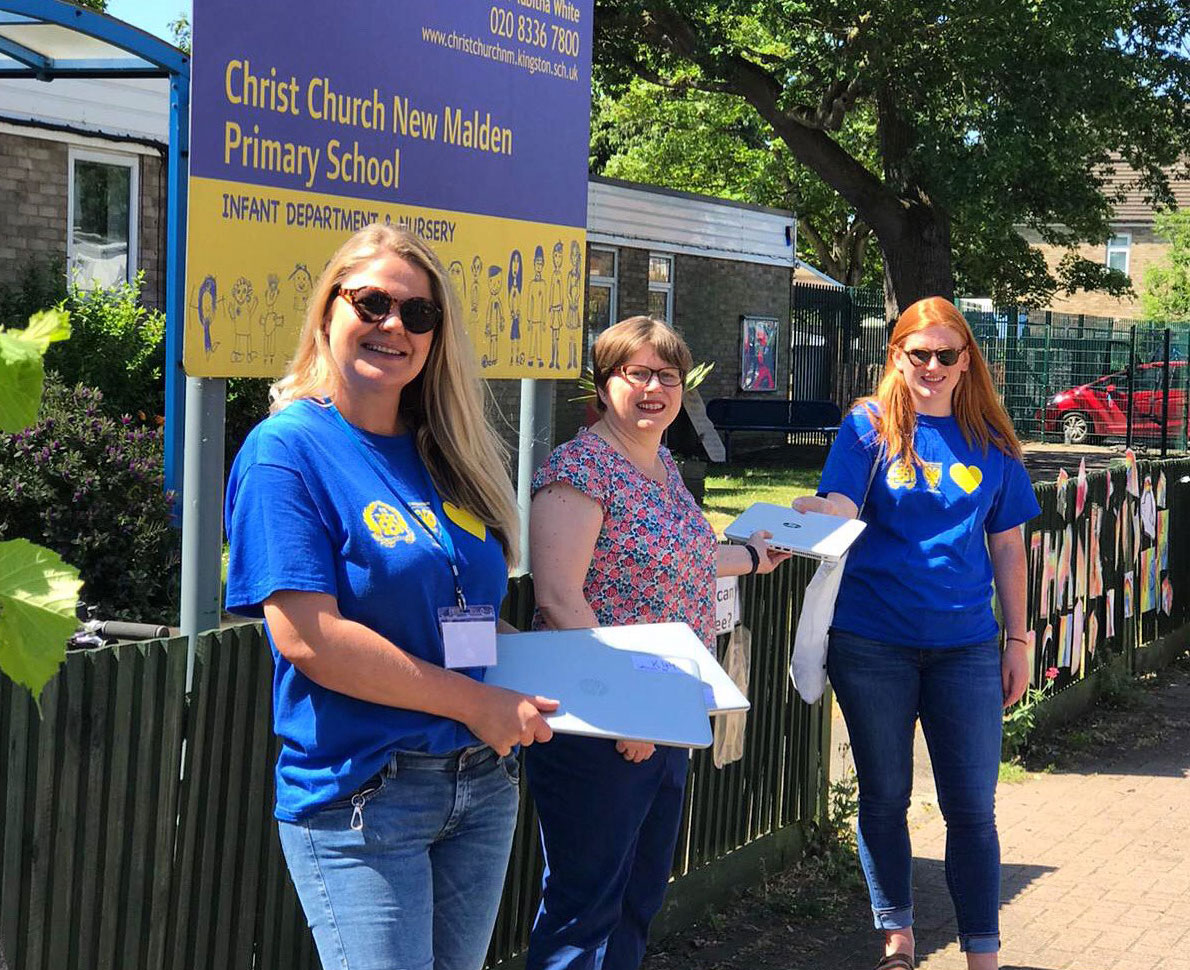 As an Aston Villa supporter, Dom had no previous affiliation to AFC Wimbledon, but the motives of the Dons Local Action Group really appealed to him.

“We know that it’s worthwhile, we know that the kids need the computers to progress in their lives", said Dom. “Seeing the pictures online keeps us motivated, and makes us realise that we are making a difference. It makes me feel proud and happy.

“It’s a bit weird when you are the heart of it and involved every day because the process seems a bit slow, but I read the other day that we had reached 400, and it was a nice surprise! We get a really positive reaction when we deliver devices to teachers at schools and that’s fantastic. The teachers are so grateful to receive them and it makes what we do worthwhile.

“I was helping out at a supermarket in Morden, as part of the team of volunteers collecting food, but then Xavier sent a message on What’s App asking if anyone wanted to get involved in a data project. There were about three of us to start with and after an initial chat about how we were going to organise it I got really lucky in terms of support. I got help from very good volunteers, including Luiz, who is an IT specialist. We started contacting schools and trying to build a process that would work, including setting up a website. We had to sort out an internal process for getting the laptops in and for donations we started relying on the Dons social media. This really helped to get the message out and things have really taken off now. I have met a lot of the people involved, but a fair amount of our work is coordinated through What’s App and Zoom calls, particularly due to the Covid-19 crisis.

“I’m an Aston Villa supporter, so my favourite moment involving Wimbledon was when Dalian Atkinson scored a goal of the season contender against the Dons! I do quite enjoy telling that to the Wimbledon supporters here!

“In a similar way to others, I think it took the Covid-19 crisis to make me realise that there are a lot of people out there who need help. It’s an opportunity to help people in the community that need it and I also feel galvanised by the spirit of the people helping out with the Dons Local Action Group. It’s a great way to make a difference in the community.”

If you can donate a computer device, please visit the Keep Kids Connected website. To volunteer for the Dons Local Action Group, contact 020 3301 4511 (9am-6pm), or e-mail dla@afcwimbledonfoundation.org.uk . 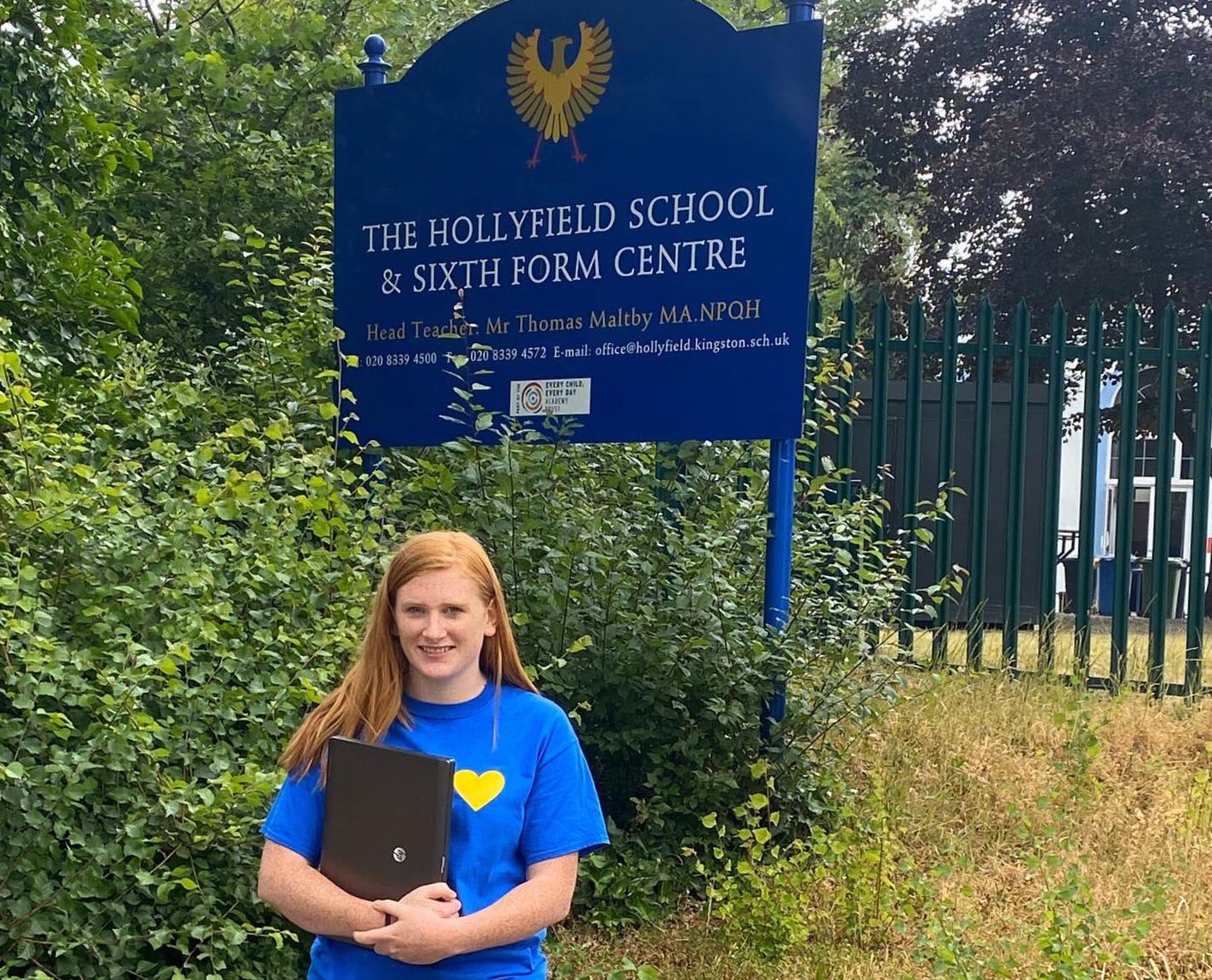