Lerrone Richards has stepped up his preparations for another important fight and he says that the AFC Wimbledon story is inspiring him on the way towards a potential world title bout.

The 27-year-old’s announcement that he has linked-up with world-class coach Dave Coldwell (pictured right with Lerrone above), who coached Tony Bellew to become world champion, attracted headlines in boxing. It comes at a time when Wimbledon supporter Lerrone prepares to defend his British & Commonwealth Super-Middleweight Championship belts against Umar Sadiq, who was signed up by Frank Warren after a promising amateur career.

Lerrone, who is also signed up to Queensbury Promotions with Frank Warren, is busy gearing up for the BT Sport-televised fight in August, but he took time out to talk to the official website. In his last fight, Lerrone wore fuzzy bumblebee trunks in tribute to the great Muhammad Ali, but he’s planning something different to show his love for the Dons.

“I will have the Wimbledon badge on my shorts for the next fight, but for the fight after that I’m planning something special,” Lerrone promised us. “I’m so grateful for the support I’ve received so far from Wimbledon fans. I can’t wait until the time when spectators are allowed to attend boxing fights again, and maybe a few Dons fans can come along to cheer me on. I’ve had messages from fans on Twitter and Instagram - I’m overwhelmed by all the support.

“I hope the supporters continue to follow my journey. The dream still remains the same for me – and that’s to fight at the new stadium in Plough Lane. The stadium looks so impressive. When I looked at the recent pictures on social media I thought ‘Wow, imagine a ring in the middle of that!’ I also can’t wait to get along to a game and support the team.

“With my career and the Wimbledon story, I feel that there is some comparison. I had to start from humble beginnings and build my career up and the club’s fans had to put in so much hard work for their team to play at a higher level. It just shows that if you put all the graft in and have great support, you can go all the way. There’s a lot more to come for the Wimbledon story, especially because of the move back to Plough Lane.”

Lerrone, who trained as an amateur at Earlsfield ABC, just down the road from our new stadium, has his sights set on fighting former IBO Super-Middleweight Champion Chris Eubank Jr.

“That’s the future plan for me, but to progress in boxing you need to keep winning – and winning well,” said Lerrone. “I won the British and Commonwealth title belts, but I need to keep progressing and showing everyone what I can do. Training is going brilliantly. I am really looking forward to this next week because it is an opportunity to showcase my skills. I think this fight is going to bring the best out of me.

“I started again three weeks ago. Once the government gave the go-ahead for sports to start again, I was straight back in the gym. I had been doing my strength and conditioning training in Chessington, but I’ve now relocated to Rotherham because I’m working with Dave Coldwell. He’s a world-class coach and he helped Tony Bellew to become World Champion. I sparred with Tony Bellew many years ago. I decided to relocate myself here because I feel that I will get the best training and preparation through coaching from Dave.

“I haven’t started sparring yet, but I will do that in the next couple of weeks. I am in good shape now, but I’m just working on a few technical things, and I will be good to go by time the fight comes around.” 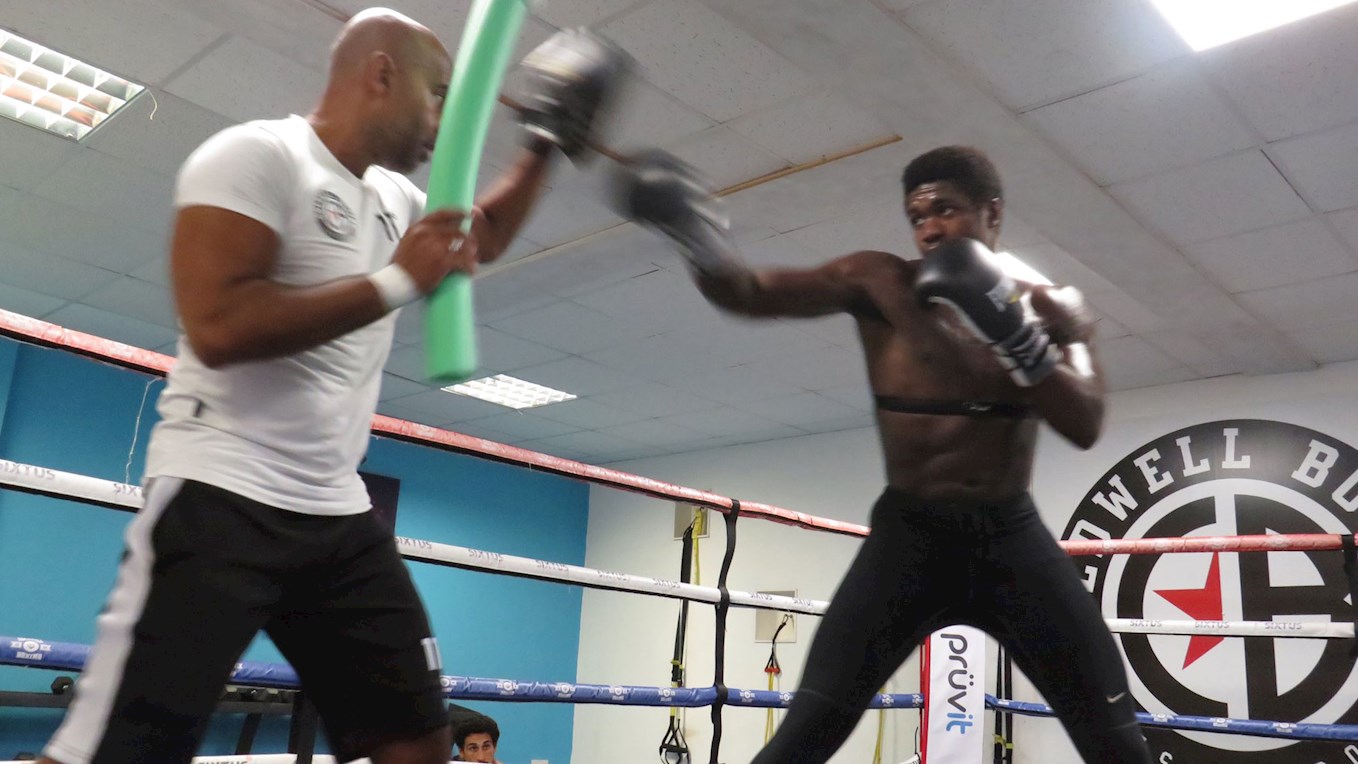 With an unbeaten pro record of 13-0, Lerrone is viewed as a real talent who can progress further up the boxing ladder, but he is far from taking the challenge from Umar Sadiq lightly.

“He’s a good competitor and he’s a boxer, so I am going to have to be on my A-game to beat him,” added Lerrone. “I have taken on higher profile opponents in the past, fighters who looked to be better than this opponent, but one thing I never do when I go into fights is to take anyone for granted. I will be working extremely hard in training.

“I haven’t looked past this next fight, I want to do a good job on this opponent. I want to show everyone that I’m a world class operator. Once I have beaten this guy I want to move onto a higher level. That’s the plan, but first I need to beat my next opponent and he’s a good boxer.”

A date is set to be confirmed soon for the fight against Sadiq and we will keep you updated with news about Lerrone’s exciting journey towards the top.

If you haven’t yet watched Lerrone in action, take a look below at his last fight against Lennox Clarke when he triumphed on points by using his southpaw jabs and right hands blows to good effect.