Since the death of George Floyd, there has been plenty of talk in football about how we tackle racism and AFC Wimbledon staff are determined to play a part in supporting this important issue.

Michael Hamilton has been a coach at Wimbledon for over 12 years and in 2019 he became our Academy Manager, overseeing the progress of young footballers from the age of seven to 18. Earlier this summer, Michael invited Troy Townsend, Head of Development at Kick It Out, to talk to our young prospects and he is keen to promote diversity as much as possible. Michael, who is pictured right with Japanese coach Shohei Naito, highlighted key issues in our Q&A below.

Do you think it is a case of educating people and putting racism more on the agenda in schools and academies?

“We are trying to do it more as an academy. In the last 12 weeks during the Covid-19 crisis we held seminars for all the academy boys, including hosting a Zoom chat with Troy Townsend from Kick It Out and former Wimbledon player Marcus Gayle. We got fantastic feedback from the parents, who thanked us for hosting a seminar on this subject. What was good about the presentation from Troy and Marcus was that it showed racism happening in the 1980s to John Barnes, but also in the North London derby two years ago with Pierre Emerick Aubameyang on the receiving end. Racism still exists in football, even though people may think that things have improved since the 1980s.”

How do you aim to spread the message more at the AFC Wimbledon academy?

“We want to try to be a bit more dynamic and modern in terms of the ways that education is delivered to our academy boys. There are things that we can do internally as an academy. As part of the scholarships for academy players, part of their modules are about diversity and looking at different cultures. Something I discussed with Stuart Page (Head of Education at AFCW Academy) was that we can do a lot more than hosting these classes to do with racism. We can look at the different cultures we have within our group. For example, we have players from Islamic backgrounds, footballers of Caribbean descent, and British backgrounds. We want to get these boys to do a presentation on their backgrounds, including bringing in food from their cultures. Those are discussions we’ve had in terms of educating about racism and I think we need to do more of it in football.” 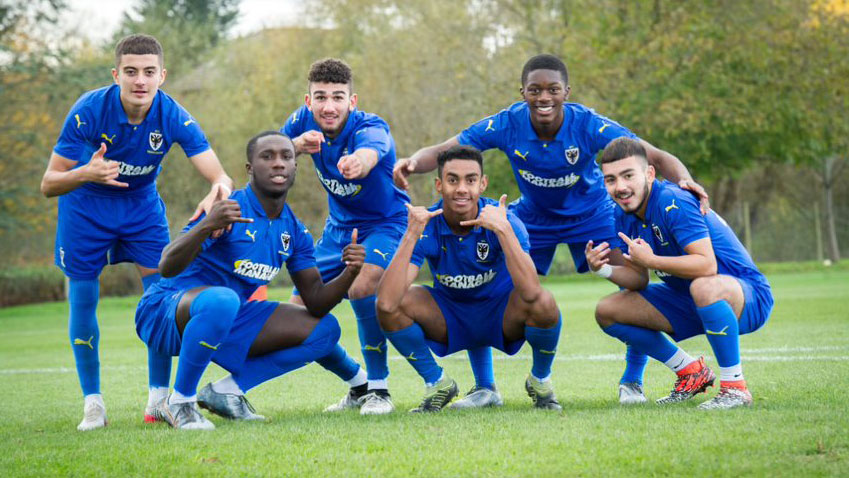 Have you come across racism towards you, or any of your colleagues?

“Have I come across racism in my life? ‘Yes’. Have I come up against it in football? ‘No’. I have experienced racism and I’ve witnessed it. I’ve not experienced it personally in football, but I have seen it happen. The kids are probably the better ones in that they are young and naïve. Sometimes we’ve been on tours to Germany and Spain and we’ve experienced it, due to cultural differences. There have been situations when we have been warned beforehand that we may experience racism. Last summer, Paul Furlong took one of his teams off because there was racism in a match held in Seville, Spain. We were staying in the same hotel as QPR, so that was an issue that was discussed. I’ve taken younger boys to a tournament abroad and racism has happened.”

Why do you think there are such a disproportionate amount of BAME coaches in football?

“A lot of coaches are former players and ethnic players in football were quite rare until about 35 years ago. I think the current composition of coaches represents where football was in terms of players over three decades ago. In the future, I think the percentage will go up because obviously there are more people from ethnic minorities playing the game and more of those will decide to transfer into coaching.

“The ‘Rooney Rule’ (clubs must interview a BAME candidate who applies for senior coaching positions) was more of a tick-box thing for clubs, just to say that they’ve done it. I don’t think it has had the impact it was meant to have, even though it was a step forward. We all see that racism still exists. There are some parts of the country that are more multicultural than others. For example, London is very multicultural, but in other places black people – and therefore black coaches – are rare. I think the idea of the rule had good intentions, but it hasn’t served its purpose.’’ 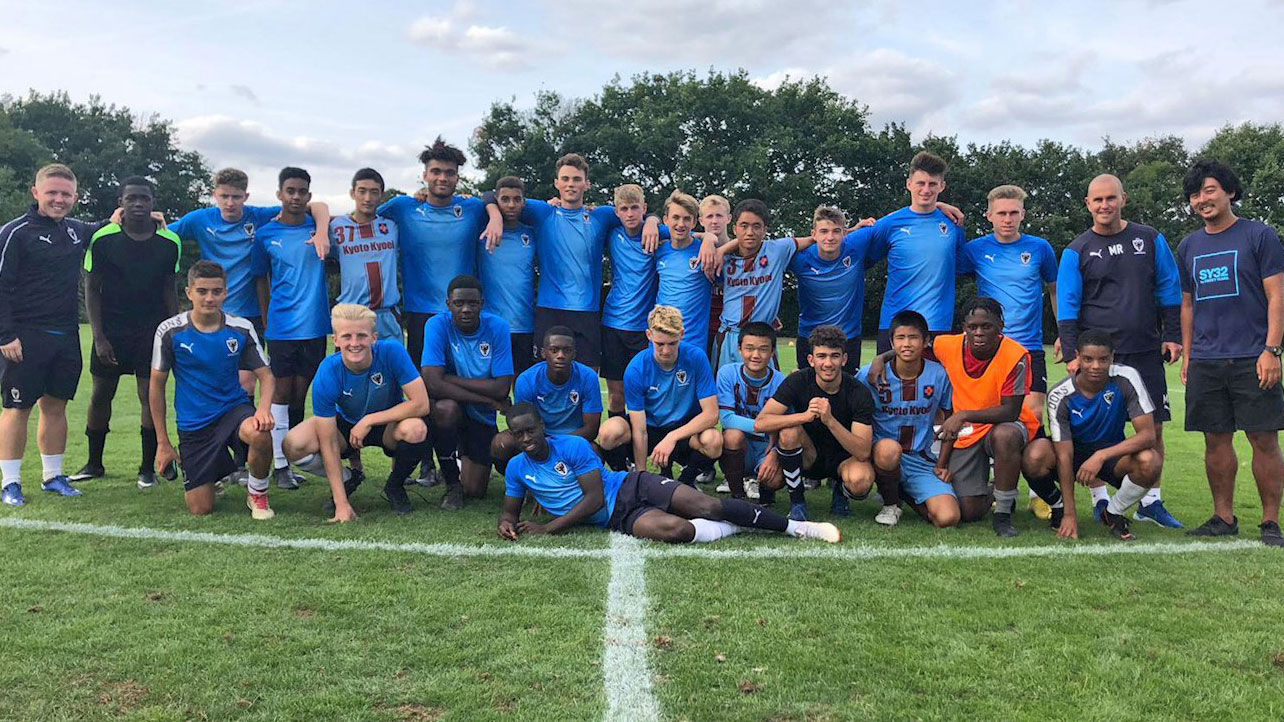 How did the incident with George Floyd make you feel?

“It’s sad that this has happened, but to see the impact it’s had since is quite positive. Of course, it is bad that someone had to die for this to happen, but the actions and conversations that have happened since have been powerful. The fact we are having this conversation now is a step forward. All lives matter but it has highlighted an issue in society where actions need to be taking place now.’’

We have the Kick It Out day once a year for each club with players and staff supporting it, but do you think this has got to be a more regular thing?

“One day a year does not actually change anything. A key development now is that there is a difference between not being racist and being anti-racist. We have to move towards being anti-racist, whether you are black or white, which involves people speaking up if they see racism in others. Hosting an event and simply highlighting a situation doesn’t change anything. We have to change our daily habits and behaviours, and do something about it, rather than simply recognising it and moving onto another initiative.” 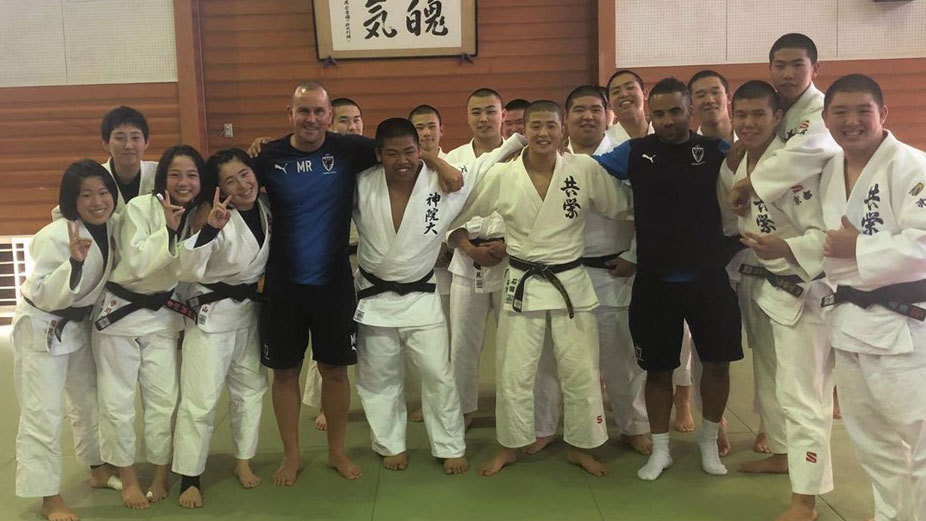 Look out on the official website for an interview with our physio Stuart Douglas, who talks about his experiences of racism in football, and how it can be tackled.