Glyn Hodges said that Zach Robinson has provided a fine example to follow for other young players seeking to grasp the opportunity to shine at Plough Lane.

Our manager hasn’t hesitated to give youth a chance since his appointment last October and he is offering young players a chance to be a part of the club’s exciting future.

We earlier announced that 18-year-old Zach Robinson had signed his first pro deal and he is pictured above with his family at our new stadium, where he hopes to make a name for himself in blue and yellow.

Glyn believes that the young striker has shown his mettle during loan spells at Basingstoke Town and Leatherhead.

“Zach is a shining light to our young players because he went out and acquitted himself well in men’s football," said Glyn. "He scored goals at Basingstoke and then progressed to a club at a higher level with Leatherhead, where he scored goals again. I thought he did very well and he has earned his contract. I watched Zach in the FA Youth Cup at Sheffield United and you could see with his performance that he had benefited from playing men’s football. I am expecting good things from Zach and let’s see what he’s like in pre-season.

“Zach has an eye for goal, and a great attitude. He doesn’t look very quick, but he is. He gets moving and you are thinking, ‘how did he get to that ball?’ If you have a centre-forward with an eye for goal, you want to work with the player and help him to keep improving. With his work ethic, he will be doing the same, so between us let’s hope we have a player on our hands.

“The dream of every young player after they get their scholarship is to earn that first pro deal, but this is just the start. It’s probably a sigh of relief for a young player when he gets that pro contract, but Zach has to do everything he can to improve and keep pushing forward.” 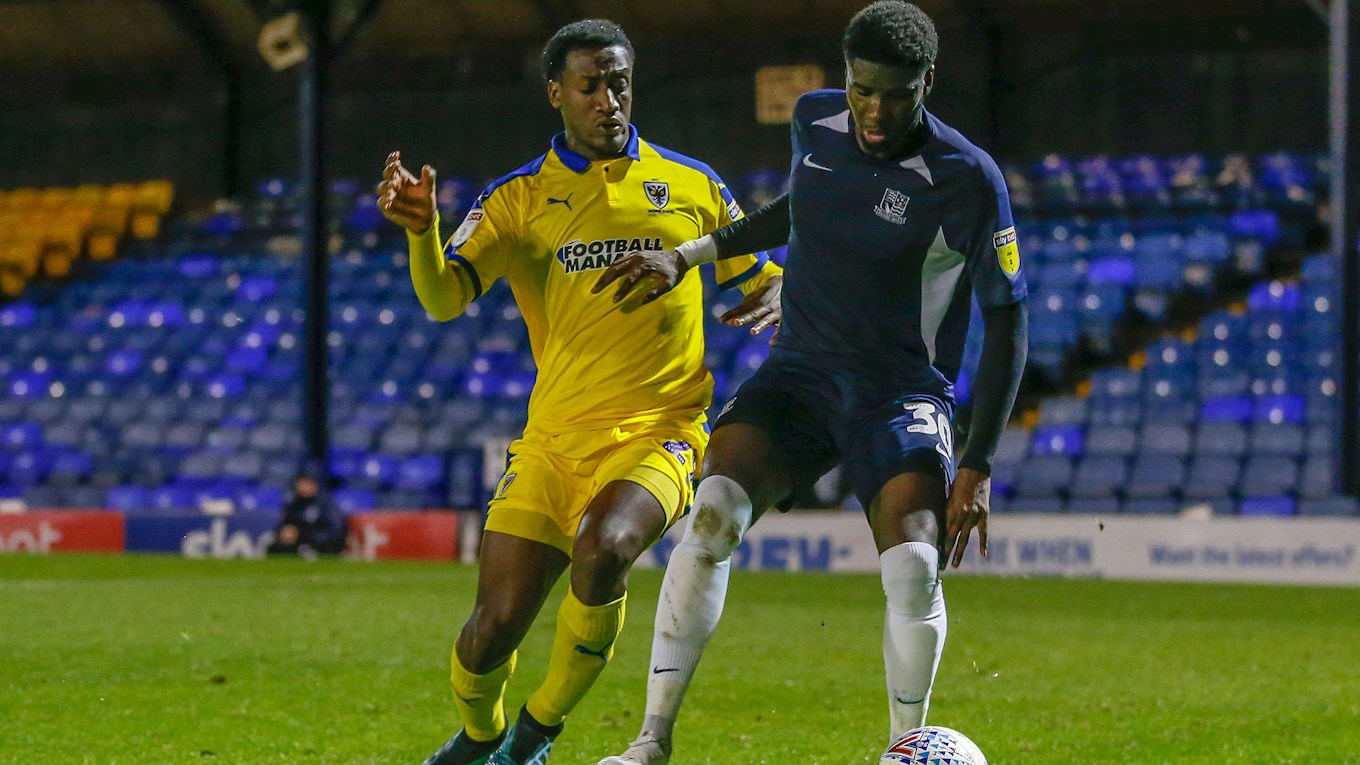 Glyn is a big believer in giving youngsters a chance to mix it with senior professionals at an early stage and he wants to build on Wimbledon’s fine reputation as a club that develops its own players.

“Once you leave school it’s a massive transition for a young player,” added Glyn. “The two-year scholarship takes you up to your 18th birthday, but it takes the first-year Under-18s about six months to adjust, so it’s not the longest spell. They are learning the ropes and looking at how the senior professionals handle themselves. The good thing at our club is that the young boys train with the first-team. We like to get the young boys involved with the first-teamers, so that they get a taste of what’s required to make the step-up. They get an idea of training with the first-team, the tempo of the sessions, and what they need to improve upon to progress further.

“I did an interview at Plough Lane in March and Rudi was with us. For these young boys to see the new stadium and where we are going back to, that’s got to make them really hungry to push on with their careers. They are hungry anyway, but the new stadium adds that bit of extra spice for these players to do well. If Zach does things right and he keeps on improving he could be a big player for us at Plough Lane, and that goes for the other young players too. There are goals for all of them, and it’s great for all of us that Plough Lane is on the horizon.

“Not only are we giving our home-grown players opportunities, we are getting fantastic loan players of a young age in and giving them opportunities. We brought in Max Sanders and Marcus Forss last season. We provided a taste of first-team football for them and they were terrific for us.

"We are bedding in youngsters and offering them a chance to be a part of our future. They have to take confidence from being given the opportunity. We want to be known as a club that does blood its young players. It might attract even younger players to the club and we will then get the pick of the bunch around the local area. We want word to get around about young players getting a route into the first-team at Wimbledon. We may also be able to bring young players in from Premier League clubs because they know we provide that pathway.”