Eighteen-year-old Morgen Brits has been providing a speedy response to requests from his fellow Dons Local Action Group volunteers - by getting on his bike!

Instead of preparing for the home straight in his A-level exams, Morgen’s energy and dedication to the cause has helped this fantastic community project to stay on track! With 1,000 volunteers at locations all around Merton, Kingston, and Wandsworth, the Dons Local Action Group requires energetic people to keep the efficient operation moving – and Morgen has certainly answered the call.

“There are packs of about 50 lanyards for each site, so I’ve been cycling around to drop off them off for volunteers,” said Morgen. “I started one day at 8.00 am in Kingston, cycled onto Merton, and then went to all of the sites around the boroughs. I finished at about 5.00 pm in the evening. On Google maps it measured that I’d cycled 50 miles in total, so it was quite a lot of cycling for one day!

“I wanted to go to all of the sites – collection points outside supermarkets and distribution hubs – to see where the Dons Local Action Group are making a difference. I had only heard about everything going on via messages on the What’s App group, so I wanted to see things for myself. It was quite nice to see how the whole operation works.

“I usually start at 8.00 am by having a look at all our What’s App messages to see what’s required for the day. For example, if hand sanitisers are needed at Clapham South, I will cycle over there as fast as I can. My usual day can be a little hectic. For example, if volunteers at a site in Clapham require gloves or hand sanitisers, I will get over there straight away. I live in Wimbledon and I’ve managed to get over to a site in an hour after receiving the initial message. When volunteers need anything, it will be my responsibility to drop stuff off and I usually aim to do it within a day. It will depend upon what needs dropping off how I get there, but I will get on my bike with the lighter stuff. I aim to make sure that the sites are fully stocked on a daily basis.” 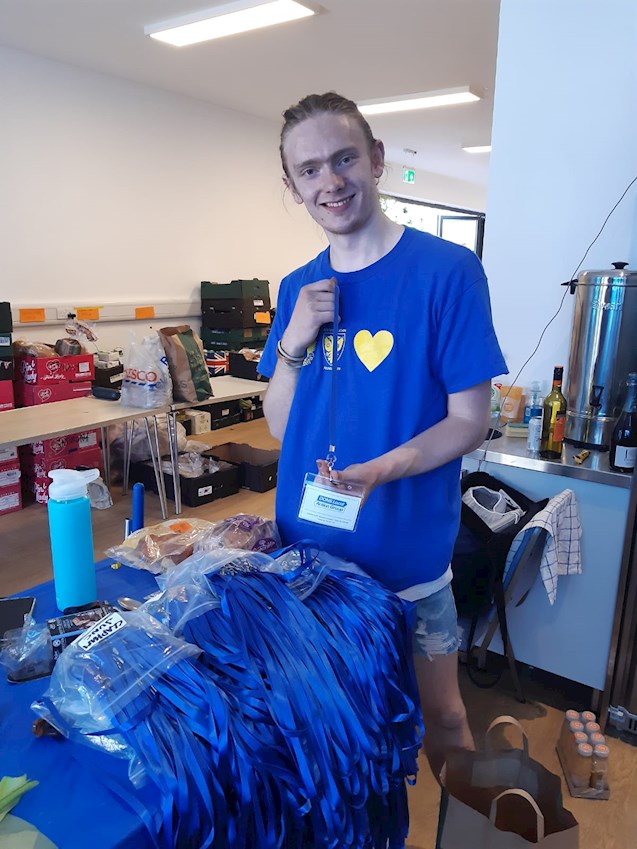 As well as providing that youthful exuberance with his cycling, Morgen has been heavily involved in plenty of other duties. In particular, he has helped at the Old Ruts distribution hub and with the Keep Kids Connected initiative, which has provided laptops for those children who need them to continue their learning. Having given up so much time for the Dons Local Action Group, what was his main motivations for getting involved?

“If I’m honest, it was boredom! I couldn’t stay at home watching six hours of NetFlix on the TV! That’s the main reason why I joined the DLA group. My brother plays cricket at Old Ruts and my Dad is a good friend of Craig Wellstead. He asked me if I could do some IT work because I’m quite good at that. After helping with IT, I ended up getting more involved in other stuff to do with the group. I’ve been helping out at Old Ruts and at the Wandsworth hub.

“I am proud to have been involved with the Keep Kids Connected campaign. We’ve delivered about 350 laptops to kids in the community that really needed them for their learning. This brings me a lot of joy, especially when I see a photo of a kid with one of the computers we’ve delivered. We can change a child’s life with access to a computer and that’s a very satisfying aspect of being involved.

“The difference you can make to people’s lives provides real motivation, just by delivering one small food package. After I’ve finished on the phone doing this interview, I’m going straight off to the Wandsworth hub to help out with sorting food packages for deliveries. Playing my part makes me so happy because we are making a difference for the community at a time when it is really needed. We are supplying fresh food to people who are in desperate need of supplies.” 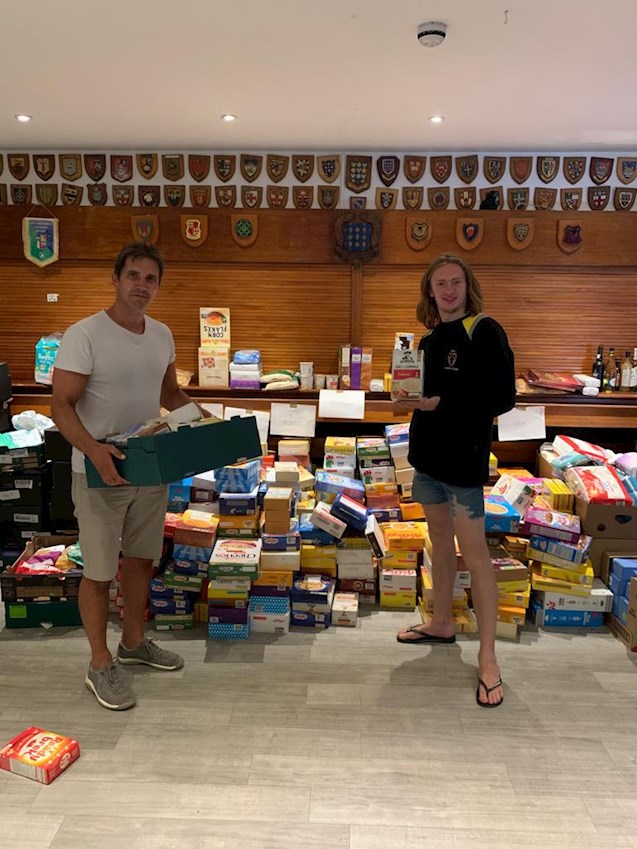 With so many volunteers now covering a big area across the London boroughs, communication and efficiency has been paramount in terms of delivering supplies. Morgen’s role has meant that his mobile phone battery charger goes everywhere with him!

“I have a fairly new phone, but because I’m on so many What’s App groups the battery dies quite quickly! I have to take my charger with me everywhere because I need the phone to stay in touch with what’s required for the group.

“It’s been a real challenge to get all the food parcels out to the vulnerable people that need them. We all work very hard and it’s quite nice to have 1,000 volunteers to rely on as it’s a big operation. If we need someone to do a shift at a site we can get it filled within a matter of minutes.”

Though not a Wimbledon supporter, Morgen has family connections with the club through his brother Spike and he wants to attend a match at our new stadium in Plough Lane.

“My younger brother has been at the AFC Wimbledon Academy," added Morgen. "He’s a young goalkeeper and loves the club. It will be nice to say that I made a difference to people’s lives when the club moves back into Merton. Hopefully, I will be there for the opening ceremony because of the amount of work that I’ve done for the DLA."

For all of his tireless work in the community, Morgen will most certainly be welcome at Plough Lane in the future.

The Dons Local Action Group are looking for more volunteers to help this great community project. If you can help, contact 020 3301 4511 (9am-6pm), or you can e-mail dla@afcwimbledonfoundation.org.uk . 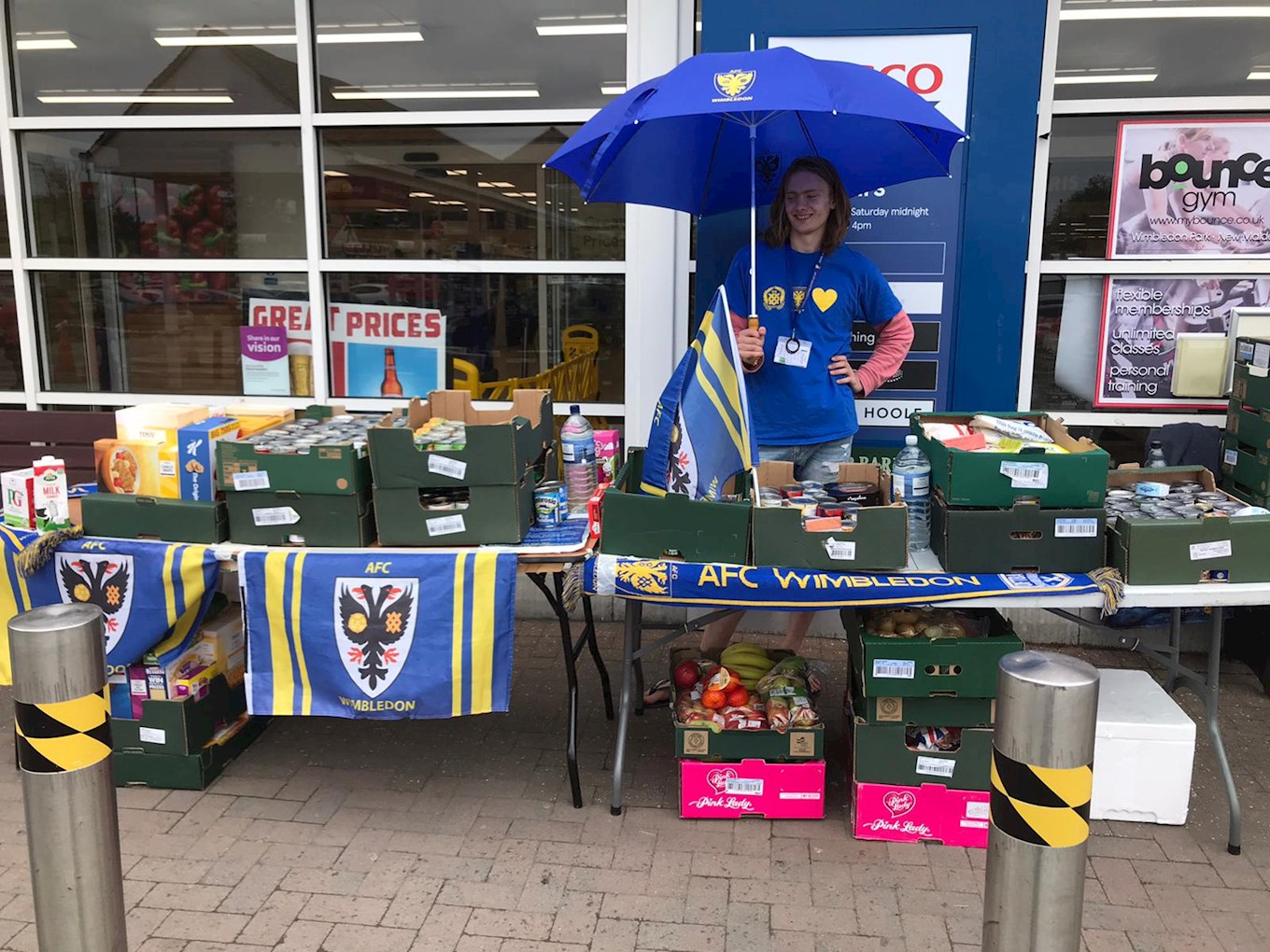