As readers of the programme will be aware, we would regularly publish tributes to Wimbledon supporters in match day editions throughout the year.

With no programmes at the current time, tributes are below to Joyce Coleman and Derek Cox, who both supported Wimbledon for decades before their recent deaths.

Many of our supporters will remember Joyce Jones from her days as the popular landlady of the Dog & Fox in Wimbledon Village. Sadly, Joyce died a few weeks ago, aged 91. Joyce was married to Bernie Coleman, who owned Wimbledon Football Club in the 1970s and although now 96 he is still a keen supporter and generous benefactor.

Bernie and Joyce made a formidable team, running pubs and restaurants in South London, including ’The Dog’ for 25 years until they retired in 1989. Then, when both were in their 80s, they surprised and delighted their many friends by phoning from Australia to reveal that a few days earlier they had ’snuck off’ off to Merton Register Office in Morden to marry in secret.

Joyce will best be remembered for her immense kindness and generosity and people to this day recall the many fundraising events she organised for local charities. Nothing was too big a challenge for Joyce, including once writing to Buckingham Palace to ask if the Queen’s car would stop outside the Dog on its way to Wimbledon tennis. She was told the car couldn’t stop for security reasons, but it slowed down and the Queen looked and waved at the delighted crowds on the pub forecourt.

Joyce enjoyed going to games with Bernie at Plough Lane and Selhurst Park and both were in the stands at Wembley in 1988 to see us win the FA Cup. By then she had left the ‘Dog’ to run the Cafe Royal, otherwise she would never have let our jubilant supporters drink it dry.

Joyce came out of retirement when she spotted a sports ground for sale with an old style pavilion and she convinced Bernie to buy it. She transformed it into ‘Woodies’ the pub, alongside our current training ground. Many regulars there and at the Dog raised a glass or two in her memory when they learned of her death and everyone at AFC Wimbledon sends Bernie their condolences and best wishes.

Bernie (pictured below with Joyce) does not have his own e-mail account, but anyone wishing to send him their condolences can do so by sending a message to Peter Miller at pmiller@peak-time.com . 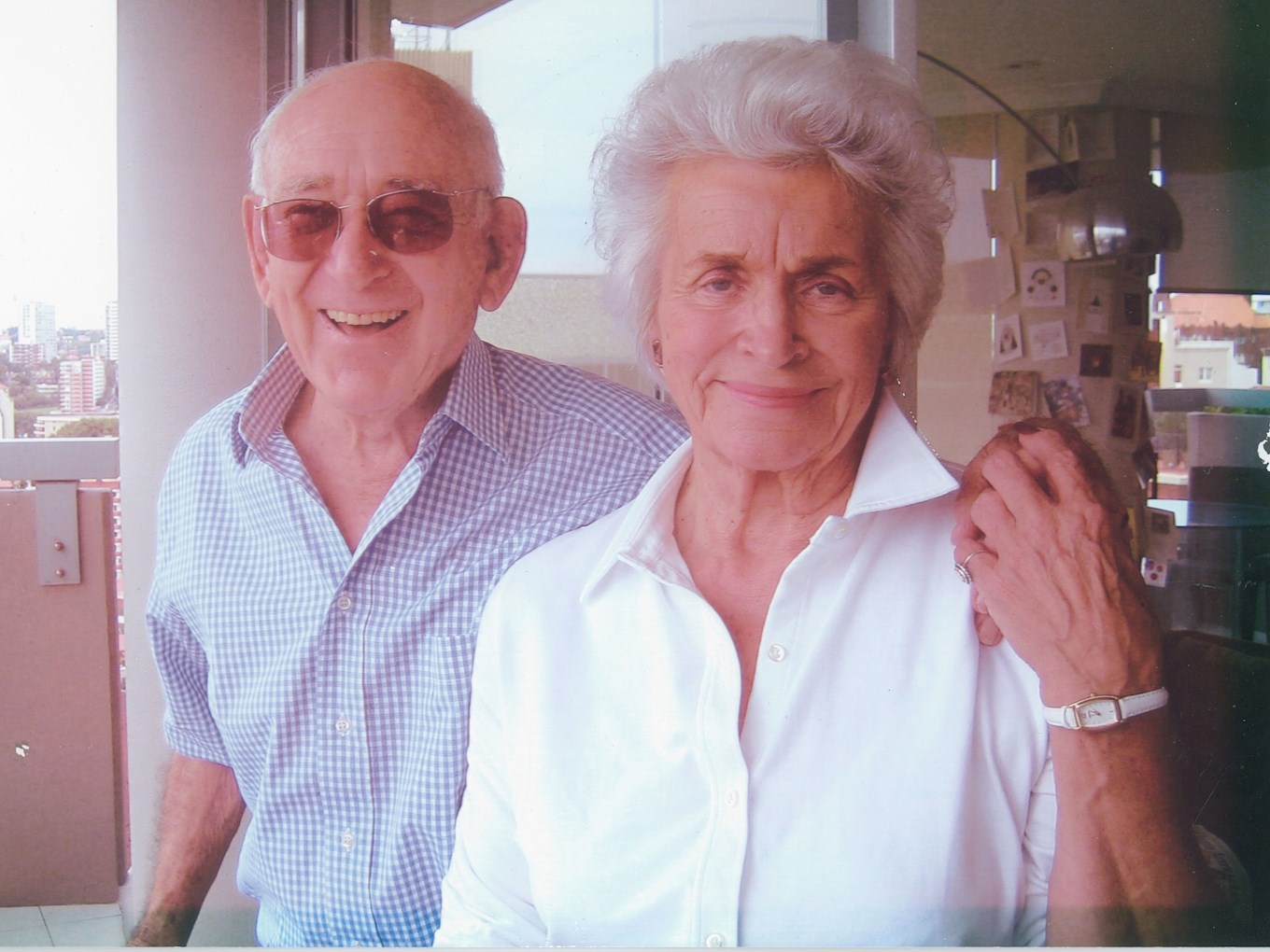 Derek Cox, lifelong Dons supporter, wonderful husband, father, grandad, and most recently the proudest of great grandads, has passed away at the age of 87.

Derek supported the club through thick and thin for more than 52 years.

Derek was a season ticket holder, Dons Trust member and Plough Lane Bond owner. He was always the first to donate to the club’s many fundraising causes. He attended every home game with his son David, granddaughter Hermione and most recently his great grandson Archie.

Derek was very well known for his fantastic packed lunches and half-time snacks. Derek will be greatly missed by all that knew him at the club and close friends around Block E, Row G, at the stadium. His spirit will be with us when we return to Plough Lane.

If you wish to send on your condolences, e-mail David Cox at dgc1961@gmail.com .

Derek is pictured in the photographs below with his granddaughter Hermione at Wembley in 2016. 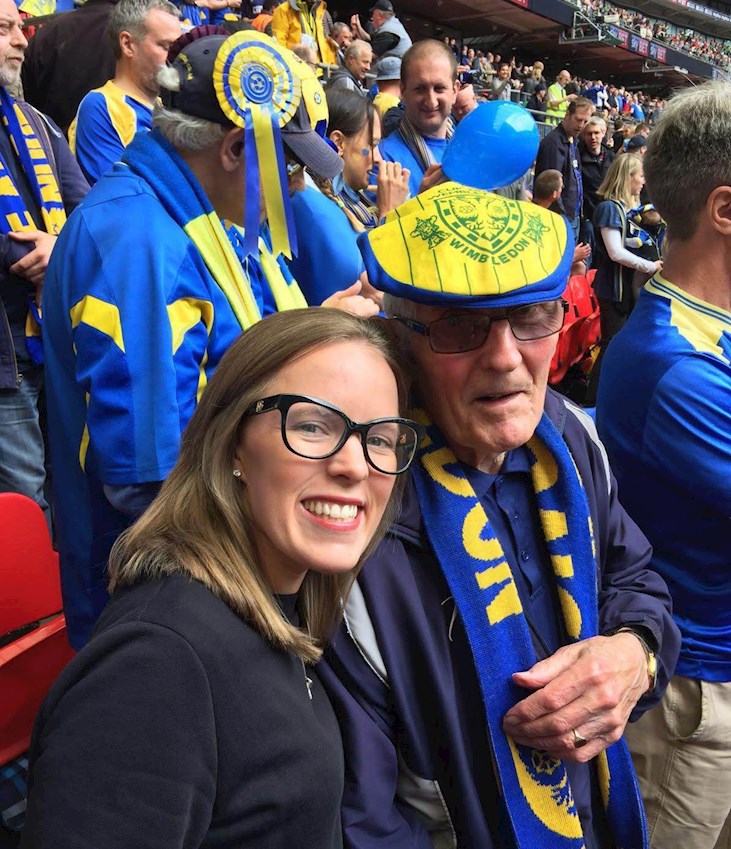 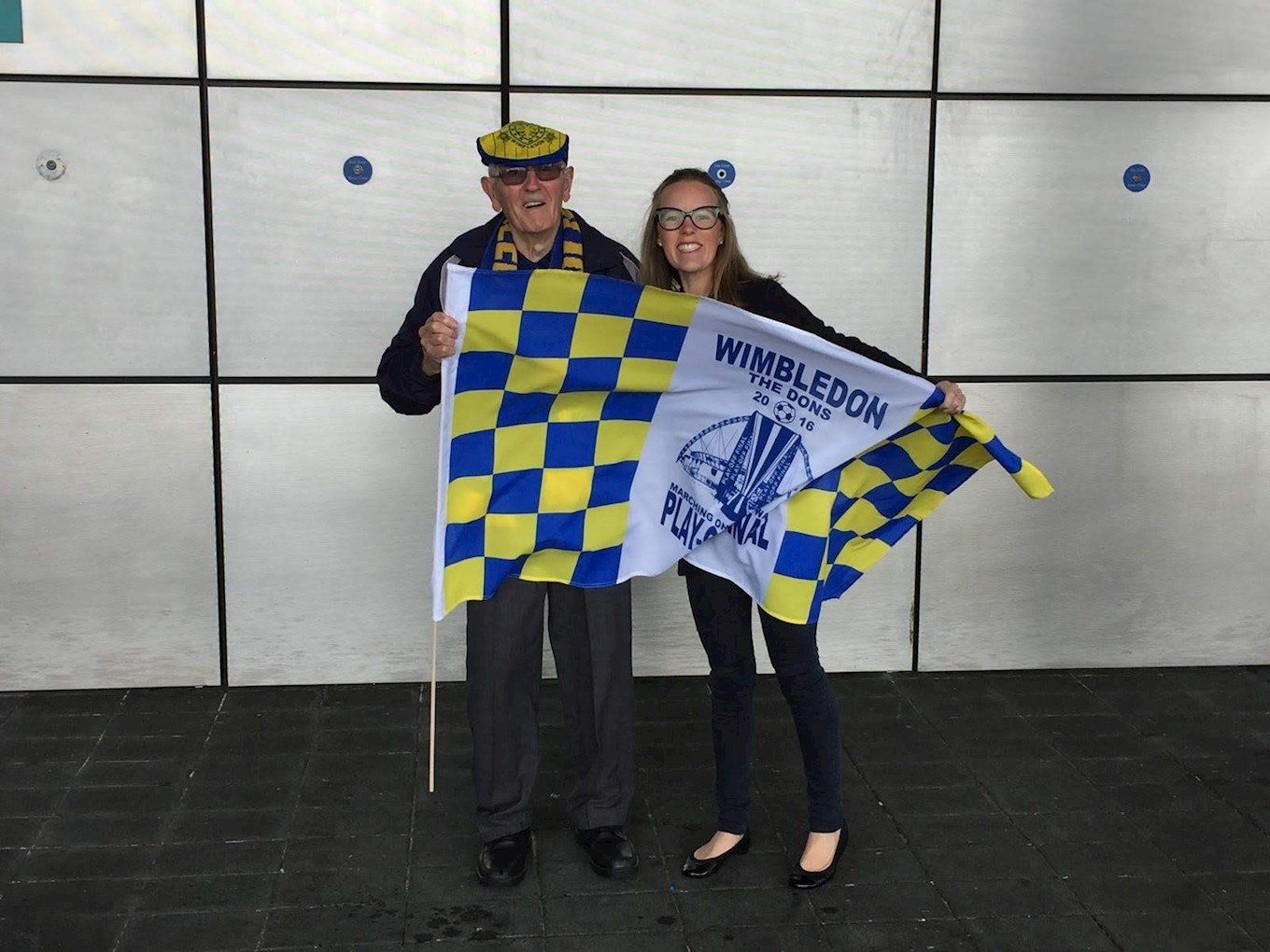 With no programme at the current time, we will publish tributes to Dons supporters on the official website. Please e-mail info@afcwimbledon.co.uk with the subject title ‘Tribute’.