Pensioners, health workers, mums with kids and people old and young stranded in their homes have all been thrown a critical coronavirus lifeline - thanks to a remarkable group of AFC Wimbledon superheroes and our chums from the Old Ruts.

Our big-hearted fans, realising there were many people in the Wimbledon community incapable of surviving the Covid-19 crisis on their own, formed the Dons Local Action Group and set about delivering vital food boxes across the borough. 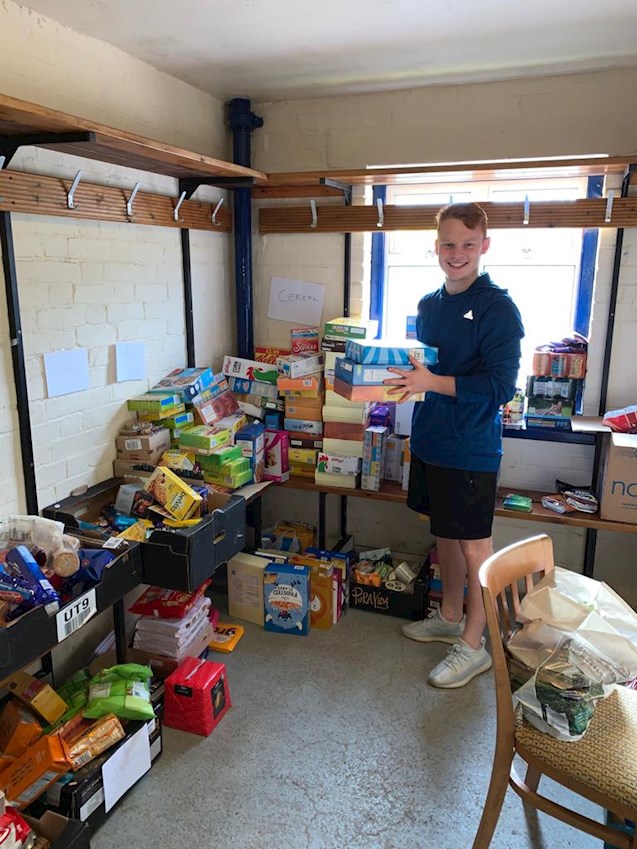 The demand for their incredible front-line work has been so overwhelming they’ve now organised a daily rota with over 100 volunteers collecting food during the week so more parcels can be sent out at the weekends.

“If the circumstances weren’t so tragic, I’d say this has been truly inspirational,” said spokesman Xavier Wiggins. “It’s definitely taught me that ordinary people can be bloody amazing.”

The group – backed by our AFC Wimbledon Foundation and the Old Ruts Sports Club - kicked into action over the weekend, first appealing for food donations to be dropped off at landmark locations across the borough – including Morrisons supermarket, the popular Alexandra pub and the Old Ruts sports ground in Merton Park.

The response was phenomenal, with individuals, as well as local and national companies, dropping off a mountain of essential supplies – like cereals, bread, butter, baked beans, soup, tinned meat and vegetables, biscuits, fruit, chocolate bars, potatoes – even toilet rolls! 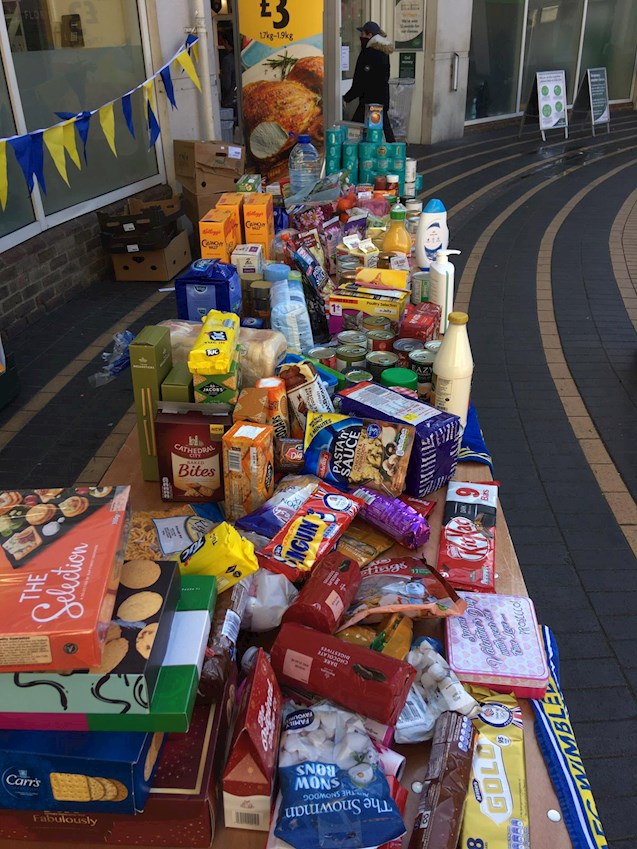 “Companies like Wetherspoons, Costa Coffee, Morrisons, M&S, Wahaca, Mars, Tortilla and the Centre Court shopping centre in Wimbledon all gave their invaluable support,” added Xavier. “People were giving all sorts, all of it vital in different ways. For example, we got 19 pork pies from a local pub and 140 litres of milk from Costa. We were even given bunches of flowers so people could send gifts on Mother’s Day.”

As word spread, our community champions – who use the Twitter handle @DonsLocalAction - were contacted by volunteers all wanting to help out. “We’ve now got at least 150 people enrolled - many of them Wimbledon fans, or their pals and family members. Even one of our top coaches, Mark Robinson, has weighed in. They’ve all been great ambassadors for our club and proved, as we prepare to go back to Plough Lane, that we really care for our surrounding community,” added Xavier.

“It’s not just been about football, either. We’ve also had cricketers and rugby players from the Old Ruts joining us. They’ve all rolled their sleeves up and got properly stuck in – not just delivering food but also running errands and helping with the sorts of tasks that can overwhelm people in this situation.”

“We’ve delivered boxes to people in quarantine or self-isolation, mums with kids who can’t get out of the house, people with special dietary needs and nurses who are working all day, grabbing some sleep, then going straight back to their hospitals. They simply don’t have time to shop for themselves,” he said.

“Then there are the elderly, many of them on their own. Their reactions when we’ve turned up on the doorstep with food is something we’ll never forget and it’s true to say there have been some tears at times. For many of them, it wasn’t just about receiving a parcel. It was about knowing there are genuinely people out there who care.” 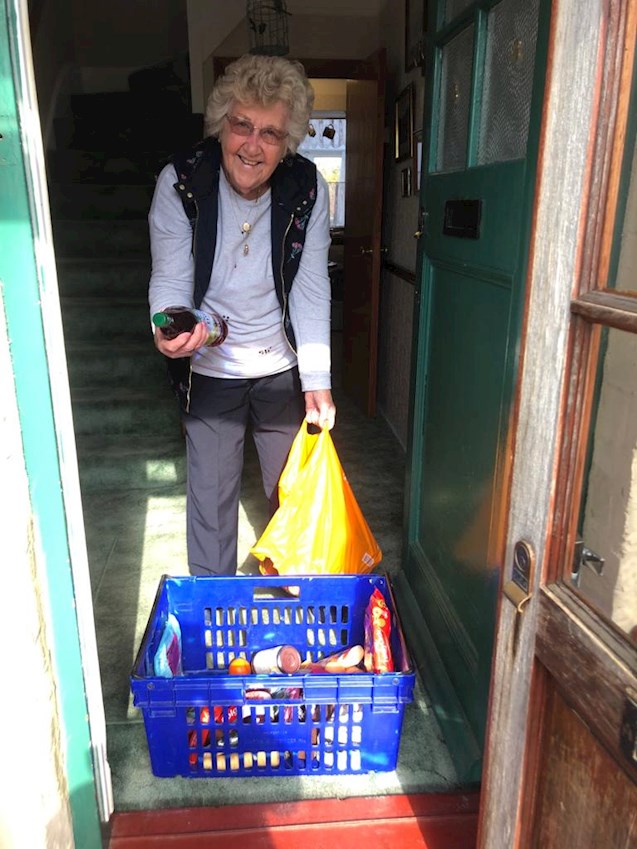 Prime Minister Boris Johnson has already said the country is at war with coronavirus and there’s no doubt the group needed some military-style planning of their own to make the campaign so successful.

“We’ve now got a template in place which means we are going to carry on with this for as long as it takes,” added Xavier.

“We can now man a collection point outside the main Morrisons supermarket on Wimbledon  Broadway seven days a week between 11am and 5pm – plus, a foodbank will also be open at Old Ruts on Poplar Road on Saturday between 8am and 4pm. The food we collect will then be stored and packaged into parcels at the Old Ruts for us to start distributing over the weekend.”

The group, which is stringently following Public Health England, MVCS and Mutual Aid guidelines,  would love to hear from anyone else who would like to help. Financial donations can be made via:

https://www.justgiving.com/crowdfunding/donslocalactiongroup  while volunteers can make direct contact by either calling 020 3301 4511, or emailing: DLA@afcwimbledonfoundation.org.uk