Alan Bennett has this year moved into coaching at Cork City, but AFC Wimbledon is still a club close to his heart and he is looking forward to visiting our new stadium at Plough Lane and having a few pints to celebrate!

Since leaving us back in 2015, ‘Benno’ has earned big success with his hometown club, including helping Cork to an FAI league and cup double. Though still registered as a player at the age of 38, the centre-back is keeping his options open for the future and he is even contemplating a switch into the classroom as a teacher!

Whatever the future holds for Alan, he is determined to return across the Irish Sea and visit us at Plough Lane in the future.

“It’s an amazing story at Wimbledon,” said Alan. “It’s probably a Netflix documentary waiting to happen! It’s something that’s so unique and so powerful. To have a tiny chapter, or a tiny page, in that is something I’m immensely proud of. I’m really looking forward to seeing the new stadium because when I was in Erik’s office it was just an imaginary 3D picture! That’s all it was and I was looking at it as some kind of distant dream. Now that it’s nearly built I’m really looking forward to going to watch football there. It’s gone full circle and I know how much it meant to the fans. Every week it was mentioned and it was home. Just to have a small chapter in the book is something that I’m very proud of.

“Hopefully this (football being postponed) is just a minor blip for football around the world, and it’s not something that will change the game drastically. It’s just maybe put a pause on it for a few months and this time next year we will be talking about relegations, promotions, Wimbledon in the Championship, and Plough Lane, which would be nice!

“It took Brentford two or three seasons of being right at that top end of the table before they got out of League One. I think Wimbledon will start to get up there in the next few years and I’m really looking forward to it. Imagine the last day of the season at Plough Lane with promotion on the table? You are in with some big clubs at the top end of League One and once you can compete with them you can compete in the Championship. It’s the same kind of level, I know it’s coming. It’s inevitable, and it’s in the script. I’m looking forward to a sunny day at Plough Lane and having a few pints to celebrate!”

Take a look below at a short video containing some of Alan's best AFC Wimbledon moments.

Alan talked to Rob Cornell for an extensive Zoom chat, five years since his ‘farewell interview” in the John Green Stand on a sunny day at the Cherry Red Records Stadium. That came after the centre-back had played a major role in maintaining AFC Wimbledon’s league status. His arrival at Wimbledon on 1 February 2013 is still viewed by supporters as a big factor in our club’s dramatic final-day survival – the Dons were just 18 minutes away from relegation back to non league.

Alan has maintained contact with several of the team-mates that dragged Wimbledon away from the bottom of League 2 that season. And as he’s part of the coaching staff at Cork City, Alan was involved in bringing our young right-back Kyron Stabana to Ireland for a loan spell. It’s a link with Wimbledon that he’s keen on extending after talking to Mark Robinson.

“I spoke to Robbo about Kyron coming over to us and we talked about one or two other players as well, and he was more than happy to facilitate it. I can’t speak for Kyron, but I know that players are always pleasantly surprised with how professional it is here and the standard of football. We had a hard start to the season because we played two of the best teams in the first four games. Kyron was one of four lads that came over on loan and I think they were pleasantly surprised by the standard of the games.

“After speaking with Robbo, it was something I wanted to do because the players at Wimbledon would understand the culture and the place they are coming from, so there’s never going to be a question mark with their personalities and work ethic. If it’s an avenue that works for Wimbledon and Cork City, it’s something we would like to pursue moving forward. It’s an opportunity for players in England. The plan for Kyron was to come here and play, before going back to the UK on 19 June, which would have been perfect timing for him to get ready for pre-season. It would have given him a good chance at a pre-season. That pathway for players is quite sensible. If you can play matches right up until a week before the start of pre-season in England it can work well. I’ve seen that with Irish players in the past, including Kevin Doyle.

“There are so many similarities with Wimbledon and Cork. Both are fan-owned clubs and the emotional connection of people is much stronger at these clubs. The fans have a genuine connection with what’s going on. For me and Cork City, the club had just come out of a situation when it went bust and they put together the team, the club, and the fans owned it. I joined towards the pinnacle of that creation and to bring that to success was amazing for me. It’s the same thing that happened with Wimbledon, but with a much smaller timeframe. For the people who felt that they had contributed, from those with the most menial jobs to the most important, you felt so much relief and joy for them.” 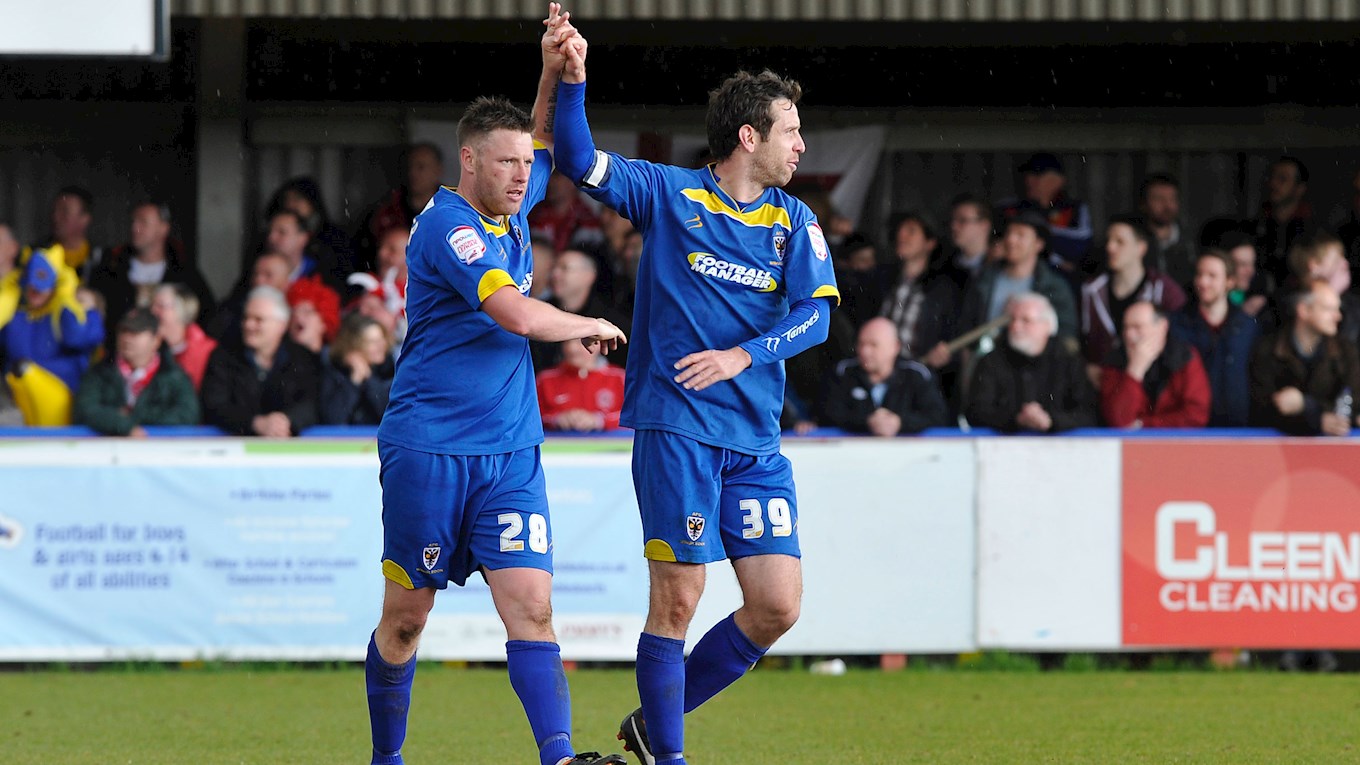 Though the admirable fightback at Gillingham and that vital final-day victory against Fleetwood stick in the memory banks for Alan, a painful away day at Accrington – a 4-0 midweek defeat – is something that he also believes brought the best out of Wimbledon.

“The memory that really sticks out is that we took a bit of a beating at Accrington," Alan recalled. "It was a night game and I saw the support we had there and I thought ‘Oh my God, if ever there was a right for a fan to voice their opinion after travelling that far to watch a performance, that was it’. Instead, a few fans called us over, gave us a hug, and said ‘no problem’. I remember Gaz Alex, who is a hardened pro, saying ‘that’s unbelievable’ and I agreed with him. That summed it all up.

“I’m still in contact with players that I met at Wimbledon, including Rhys Weston, Andy Frampton, Gary Alexander, Harry Pell, Meadesy – all of those lads – and I still check in to find out how they are doing. Even Jack Midson and Sammy Moore, I’ve been in contact with them because I moved onto the coaching staff at Cork City. We were looking at players from around the leagues that we may look to bring over here and you ask people’s opinions. It’s still such a strong group, a close group, and even after all this time if you message any of them they will contact you back straight away.”

The extensive interview with Alan can be viewed below (thanks to Doug Minihane for his help with pictures from Cork City).