Lawrie Sanchez, who scored the winning goal on 14 May 1988, saluted the managerial team of Don Howe and Bobby Gould for putting together a plan that nullified then Champions Liverpool, who had won the title five times in seven seasons. 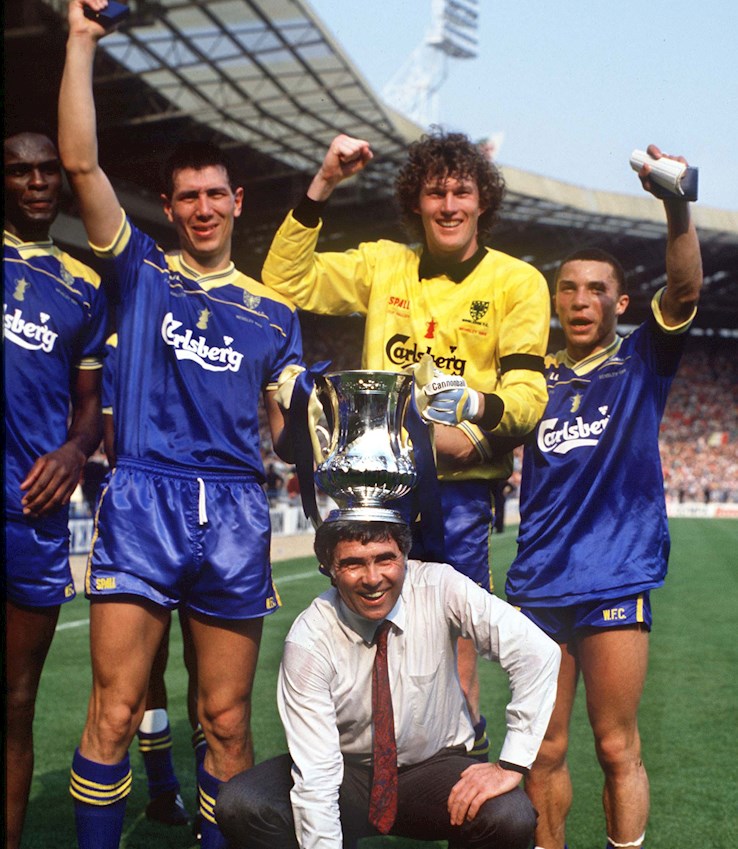 "Don and Bobby were the architects of what we did," said Lawrie. "Gouldy knew how to get the best out of us. He knew that he probably wasn't the best coach in the world, so he brought in someone who was the best coach in the world. They worked fantastically well together. They knew what we were about, they adapted to the team and what we did. They didn't impose anything different on us. If you know what you are doing, carrying on doing it, and that's what we did."

Take a look at the video below, which includes that memorable goal by Lawrie from 32 years ago.

Bobby Gould said: "I asked Brian Clough in 1981 what he would do when I was a young manager coming into the game and he said to make sure my backroom staff was right. It took me seven years from 1981 to 1988 to do that and when I did it I won the FA Cup with Wimbledon."

Terry Gibson summed up the magnitude of Wimbledon's achievement in beating a Liverpool side that had dominated English football in the 1980s.

"We won the FA Cup, which was a huge achievement, but to do it against Liverpool - the team of that generation - makes the achievement even more memorable."

Take a look below at Rob Cornell's full interviews with Lawrie, Bobby, Terry, and Dave Beasant.