At the age of just 23, Laura Cook is fresh out of university, but in a matter of weeks she has been given responsibility for a key role in our growing project to help vulnerable people in the community.

Laura is a supporter of Leeds United, but her admiration for AFC Wimbledon has risen due to the achievements of the Dons Local Action Group. Indeed, she is now planning to visit our new stadium at Plough Lane in the future after hearing so much about it from fellow volunteers! It is at our current home though where Laura is currently making a difference, overseeing the distribution of food supplies at Kingsmeadow on a daily basis.

In the latest of our series on Dons Local Action Group volunteers, we talked to Laura about her role and the full Q&A is below.

How did it come about you getting involved?

“I had been thinking for a while that I wanted to do some kind of volunteering. I was put on furlough for my gap-year job down in Cornwall, so I came back to my family home, which is in Kingston. I was looking for some way of getting involved in community stuff. I saw a social media post from a volunteer over at the Merton hub and he was saying there were a lot of tasks to do. I thought that would be the closest place for me, so I messaged him and he said that they were looking to expand into Kingston in two days’ time. A couple of days later I came down to Kingsmeadow, where I met Xavier and other volunteers. Just a week later I think I had done all the tasks in one way or another: one shift outside a supermarket, one delivery, and one day phoning around. Two weeks after that I stepped up to be in charge of the hub.”

Did your studies at university help you with what you are doing now?

“I studied History and Spanish, so it wasn’t directly relevant! I do want to go into the world of social policy though, in some shape or form, so what I’m doing now is perfect for that. What I’m doing is relevant as it shows the skills required, along with the heart and passion required, to help vulnerable people and those who are marginalised in communities.” 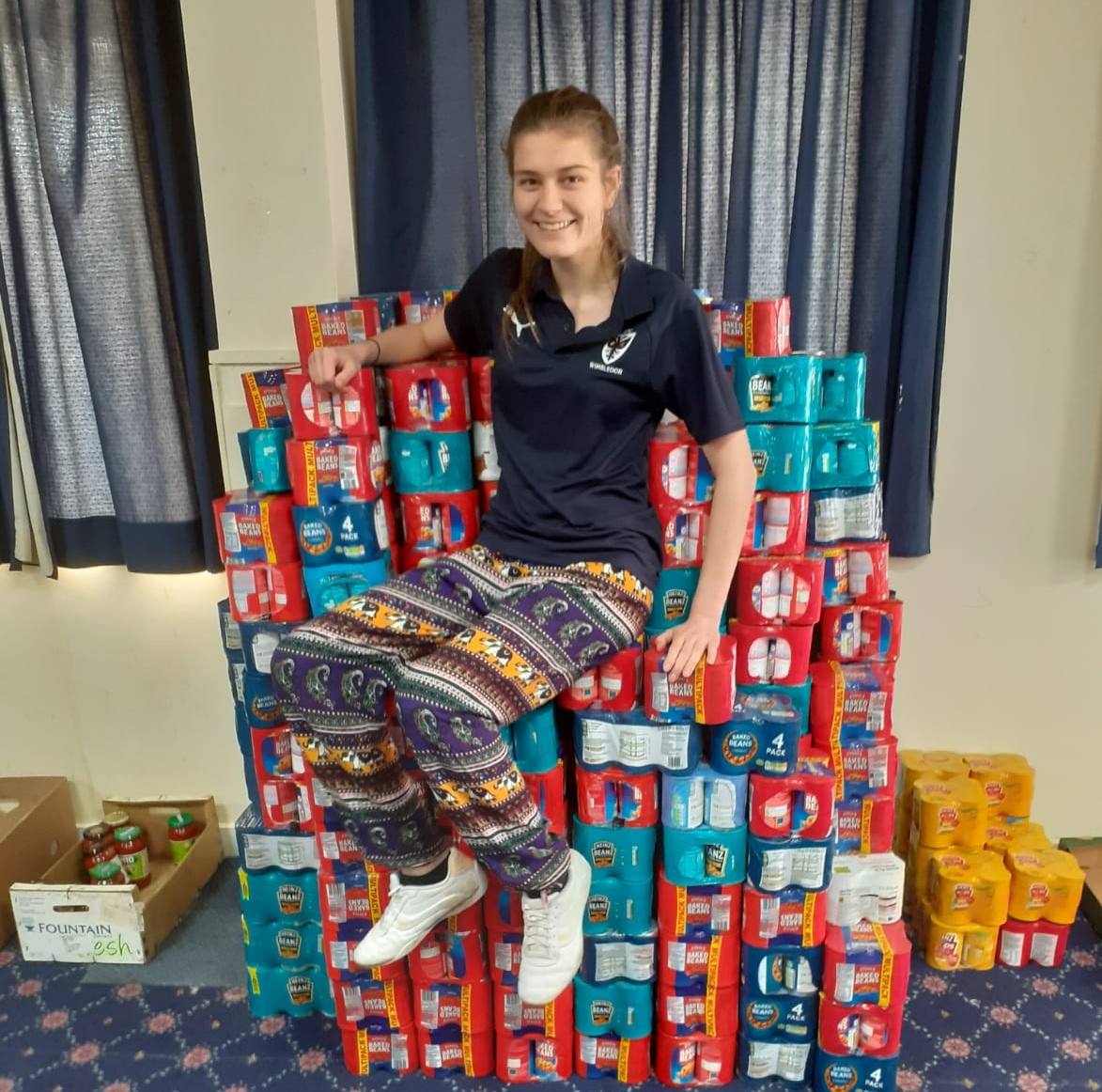 I believe you are not a Wimbledon fan, so what was your main motivation for getting involved?

“To convert everyone to Leeds United! My Dad is a Leeds fan because his side of the family are from York. I’m not a Wimbledon fan, but I just wanted to help those vulnerable people in the community. The amount of people we’ve helped just shows how much this project has been needed. We are reaching out to people who would really have struggled, without our help. People have said to us ‘I don’t know what we would have done without your help’. It’s clear how under-funded and overstretched the state support systems are in councils, so you can see that volunteer organisations are fulfilling a vital role in this. We are the main stalwarts of support for people at this time.”

What have been your main tasks in your volunteer role?

“For the last two weeks, I’ve been running the Kingston hub from Monday to Friday. Someone else is in charge at weekends. I’m in charge of the flow and distribution of food parcels. There are 550 volunteers involved in the Dons Local Action Group, so there are probably around 150-200 for the Kingston hub.

“I manage the database and all the spreadsheets, making sure that people are assigned the right tasks on each day. I also introduced a new system because previously it was just reactive. We were getting referrals and trying to phone people up straight away. There wasn’t much of a system in place to sort out deliveries for locations by postcodes, or sizes of families. I therefore spent hours on the spreadsheets, tidying it all up, and grouping people based on postcodes, making sure all the phone calls were done the day before. Now we sort things by postcode and allocate parcels to drivers, according to car size. I’ve just tried to make it more efficient, so that we can cope with the increase in demand.”

What do you know about Wimbledon as a club?

“I’ve sat in the away end a couple of times! My Grandad is a York City fan, so I was at games here back in League 2 and Blue Square Premier days. I would hear the games from my house every other Saturday! Obviously, the club are not going to be at Kingsmeadow from now on. I often trained at the Athletics track close by, so sometimes I would be training on a Tuesday night when there was a game going on!

Do you think you may come to a game at Plough Lane in the future?

“100 per cent - I will have to come along and watch a game now! Everyone has been talking about it and I think they’ve persuaded me!”

To what extent does this project show the difference that football clubs can make in the community?

“I think it shows the impact that football clubs can have in their local communities. You read a lot of negative stuff about football in the press, including the level of pay that footballers get. I think it’s perhaps a distorted image that people have of football. AFC Wimbledon have proven to people what can be achieved. It’s been achieved as a relatively small club too, compared to other clubs higher up. I’ve spoken to fellow students who are from other parts of the country and they hadn’t heard of AFC Wimbledon – they had only heard of Wimbledon through the tennis. They’ve been surprised that a club of this size has been able to do something like this. I think if they met the people involved they would realise why this has been so successful. This project will give the club an amazing reputation that will really stick in the future.”

What are the key challenges in your volunteer role?

“There’s a lot to juggle at once and you have to expect the unexpected! I’m always the first port of call if anyone has to contact the Kingston hub for any reason, or if any of the volunteers need instruction. I think the fact that I’m only 23 and fresh out of university means that I’m learning by experience. I’ve never pretended to be an expert in IT or communications – I’ve just learnt from the experience that I’ve had. Some of the volunteers are twice my age, or older, but they are all so on board with everything. They seem to really respect me and I’ve not had a situation where I’ve felt undermined or felt that someone was trying to take over. There are no hidden agendas, everyone is helping for the right reasons, and it’s a pleasure to be involved.” 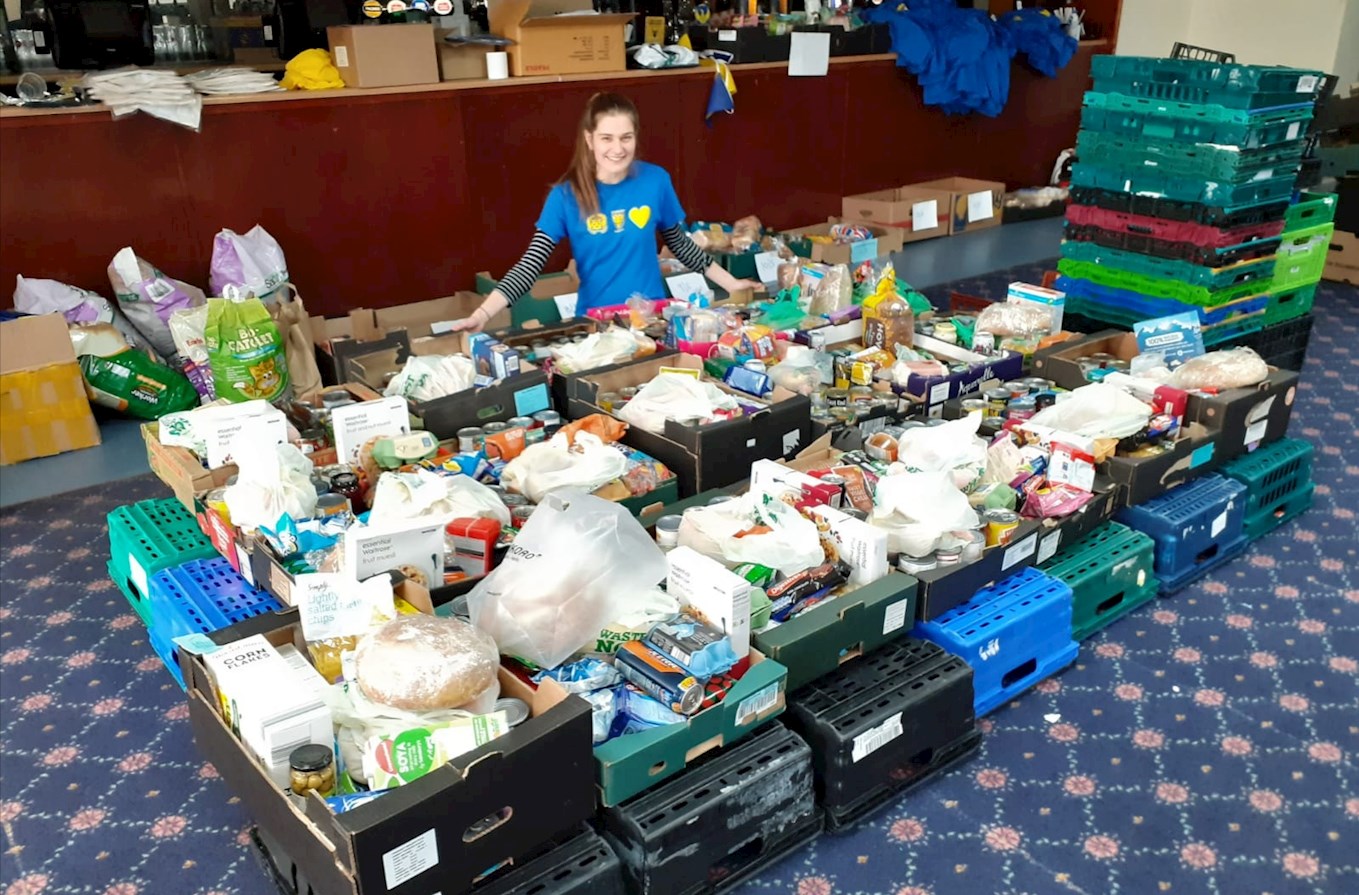 What would your advice be to anyone thinking of volunteering?

“On a practical level, what we need right now are teams outside supermarkets. We’ve had a steady supply and demand balance, but now we’ve reached a point that if we want to step-up another level we have to get more supermarkets on board and more supplies coming in. There are already discussions with people at supermarkets, but I think we just need volunteer teams out at the stalls collecting items and really getting that engagement going with people in the community. Hopefully, we can get more students helping us, or people in similar situations to myself. I responded to a message on Facebook that I thought might not come to something, but I ended up with a lot of responsibility and helping to achieve a lot. I would say that people wanting to volunteer should show willingness, and be prepared to get stuck in.”

Do you think this type of project has to continue even when the Coronavirus crisis is over?

“I really hope so. We are obviously talking about what the model may look like when people start going back to work after lockdown is over. Maybe we can build upon what has been achieved by the Dons Local Action Group, in partnership with the AFC Wimbledon Foundation. I am new to all of this, but who knows? Maybe it’s something that can continue in the longer term.”

Keep an eye on the official website next week for another feature on a volunteer involved in the Dons Local Action Group.

To volunteer for the Dons Local Action Group, contact 020 3301 4511 (9am-6pm), or you can e-mail dla@afcwimbledonfoundation.org.uk . The Dons Local Action Group has recently combined with the AFC Wimbledon Foundation to provide computers for children who don’t have any basic means of communication. If you can help, visit www.keepkidsconnected.co.uk . 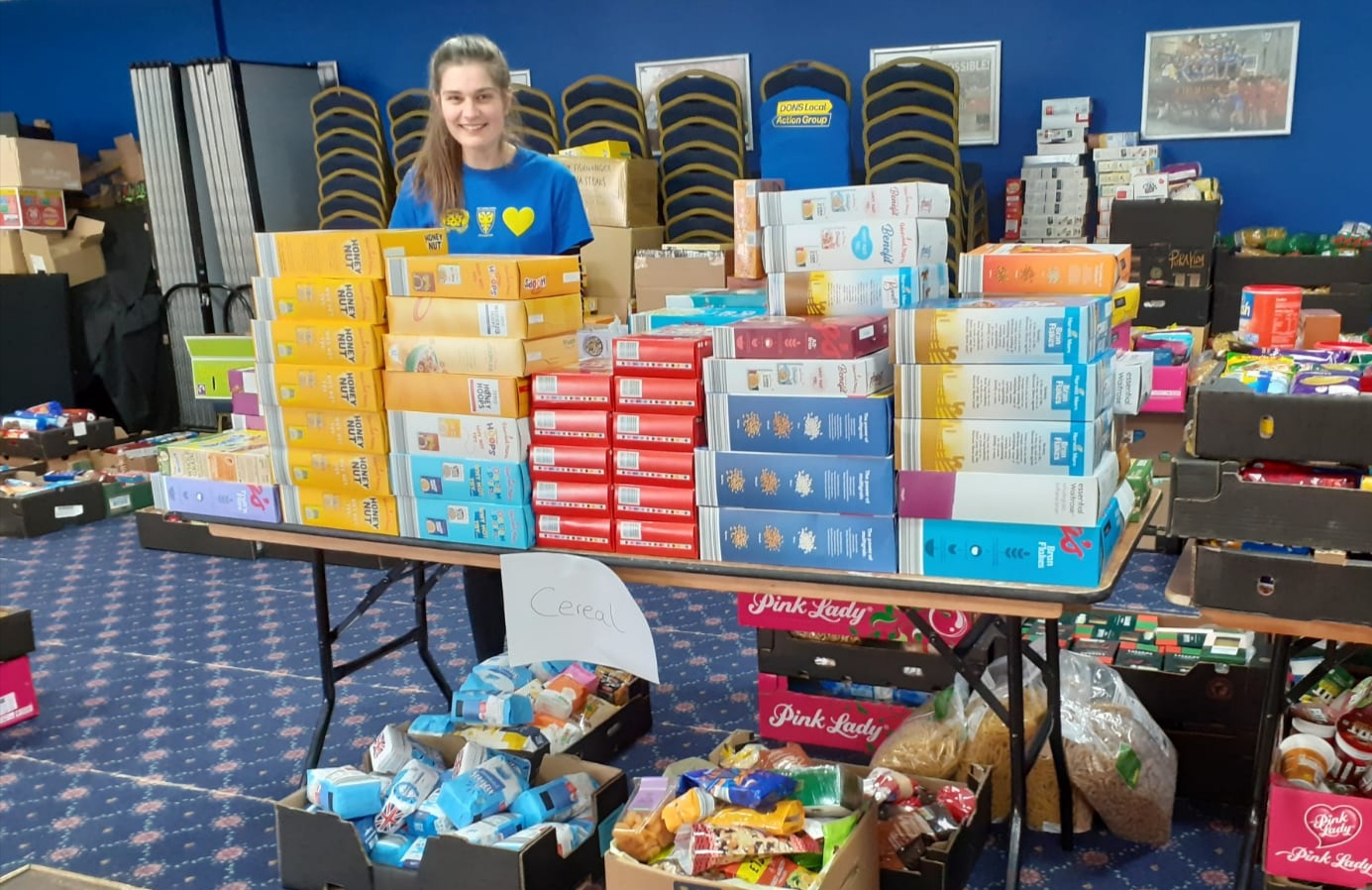