A hard-earned victory on the Fylde coast nine years ago edged Wimbledon closer to securing a dream return back to the Football League.

A total of 625 travelling Dons watched Terry Brown's men win 2-0 at Highbury Stadium in the semi-final first leg of the Blue Square Premier League play-off versus Fleetwood. Goals by Luke Moore and Kaid Mohamed secured a fine victory that was the perfect tonic for Dons fans that had made a 520-mile round trip. 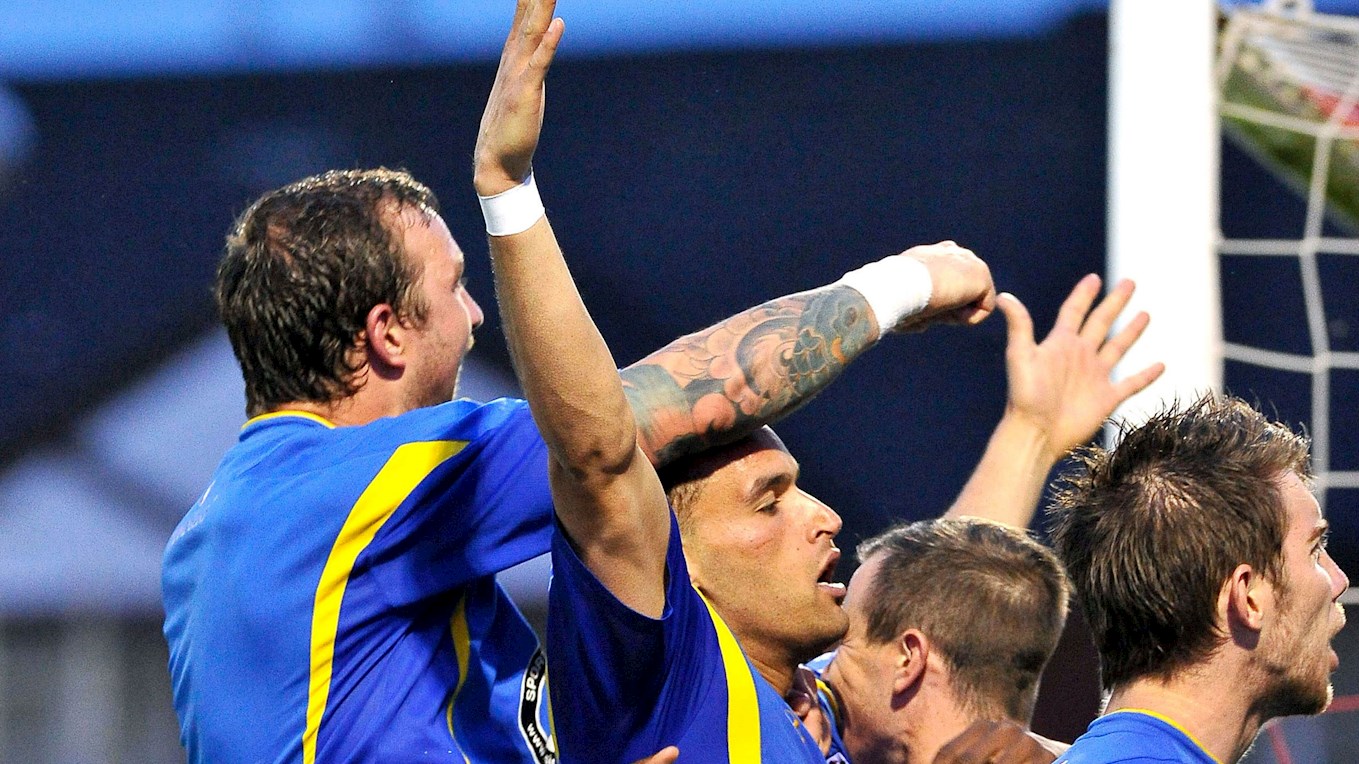 Speaking after the match, Terry Brown said: "If you would have given me a draw on the way up here I would have taken it.

“If you would have given me a 1-0, I'd have snapped your hand off so I'm not going to sit here and tell you I'm unhappy we only scored two. Fleetwood are a very good team and this is a play-off semi-final – you don't get things all your own way.

“But we were fantastic for a good chunk of the game and I'm delighted by that. I don't know if it was the best hour of football we have played but it was the most important – we put our bodies on the line. There's work to do on Wednesday still and we aren't there yet.”

As it turned out, there was no need to worry for Wimbledon supporters as they watched the Dons march to a 6-1 second leg win against Fleetwood at the Cherry Red Records Stadium. Of course, all roads led to Manchester and that magical day on 21 May 2011 when Wimbledon sealed promotion back to the Football League.

In a previous interview with the official website, former Dons midfielder Ricky Wellard summed up the key to success back in 2011.

"We had a good mix with a few older lads like Jamie Stuart, Brett Johnson, Ismail Yakubu and Danny Kedwell mixed in with younger, hungry players, including myself, Steven Gregory, Sam Hatton, Sammy Moore and 'Toks' (Rashid Yussuff). It was a good blend and that's something that Terry Brown did well. He got together the best up and coming players in the area and blended them with a few experienced heads. It just gelled really well."