In his role as an ambassador for Mind charity, Will Nightingale talked to Sky Sports presenter Scott Minto about helping people to come through this difficult time and a variety of other subjects.

To mark mental health awareness week, the EFL are releasing a series of interviews with ‘On Your Side Champions', going inside the mind of players and managers in the league.

As part of this, Will provided an honest interview about his career so far and how he’s filling his time during lockdown. Our captain joked that he now has a second career to fall back on as a painter and decorator!

“As a lot of people can imagine, I’ve had my up and down days. Me and the missus have gone a bit paint crazy! We’ve been painting nearly every morning in the house. I don’t know how long it will be before football resumes, but I can always fall back on painting and decorating now! We’ve also just got a puppy, so we are very hands-on with that at the moment as well. It’s not ideal that I’ve got big ears for him to take chunks out of! This is my first dog – a Cockapoo - and I always wanted one since I was little. He’s lovely, apart from all the biting! It’s tough times at the moment, but I’m feeling positive. I’m trying to keep an upbeat spirit.

“A tough thing is not being in touch with my family, but I’m trying to use this time as a positive to speak to them as much as I can. I’ve been popping over to my parents’ place and just speaking to them from a distance, just to check up on them, and ringing them as much as I can. It’s a tough time for everyone, and we are not sure how we should be going about this. The one thing I’m trying to do is make sure that I’m productive with my days, to try to get something done early in the morning. That sets me up for the day, so that I feel I’ve accomplished something. It could be anything, whether it’s meditating, speaking to family or friends more, or painting the house a lot. There are tough moments when boredom kicks in, but you just have to keep reminding yourself that we will get out of this.

"I’m missing football, that’s a big passion of mine. I think we’ve got a really good team spirit in our squad, there’s not one bad lad and we all get on very well. I just miss that interaction with all the boys. Normally when you first get in, you have a good hour or so before you start training: have a bit of breakfast, socialise, and there are so many different characters involved. It’s so refreshing that you get to be around them every morning. We’ve been doing Zoom sessions together, so that we can keep our general strength up, and we’ve been enjoying that.” 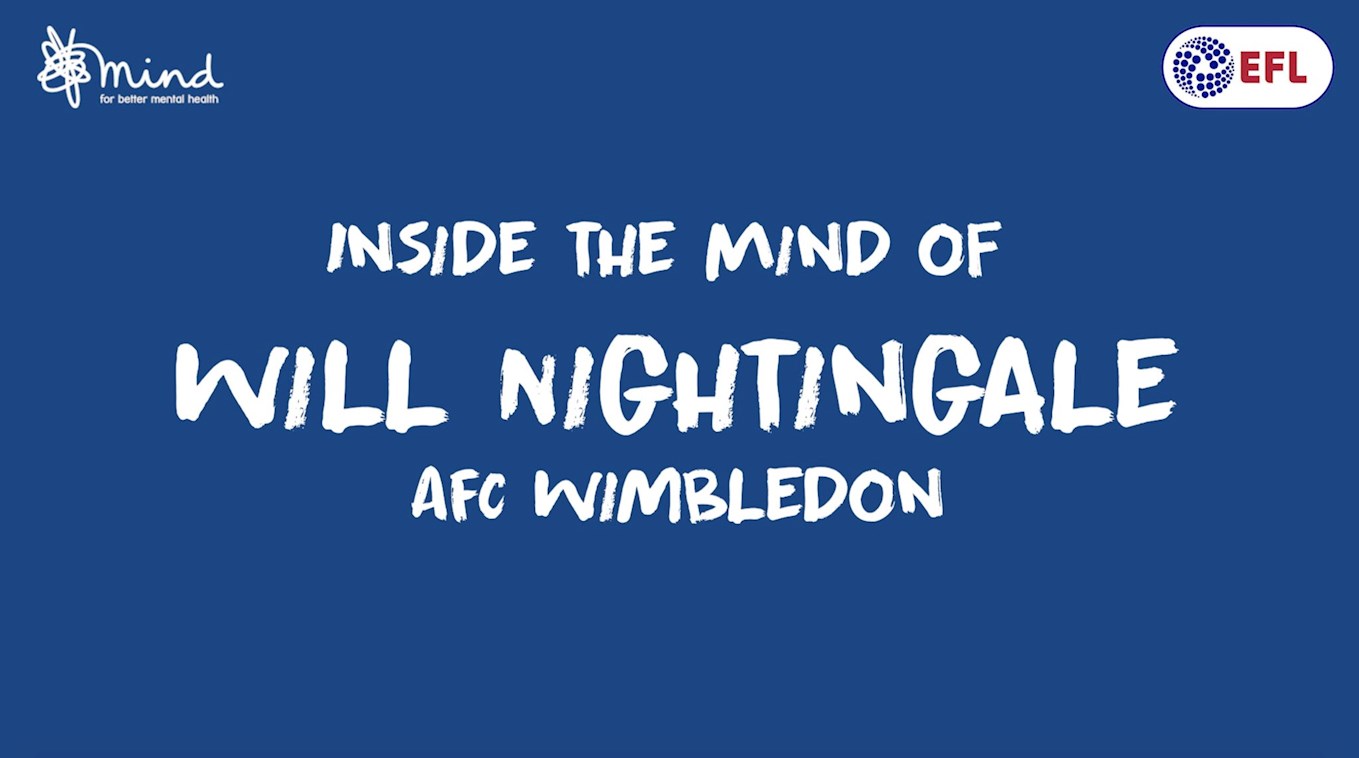 Having represented AFC Wimbledon at events organised by the EFL and it’s official charity partner Mind, Will believes that the battle is being won to beat the problems associated with mental health.

“There’s probably always been that stigma in football that you have to be tough, you have to bottle things up, and get on with things, but with the help of Mind and the EFL I think it is opening people’s eyes and making it acceptable to talk about your feelings. Everyone gets down and to be there for each other is brilliant. People around you are the ones who are going to get you through those tough times.

“We’ve got a great bunch of lads and last season we started to have mentors in the group. We had about six of us – the more senior lads – and we were assigned three or four players. For that season, we would keep an eye on the three or four players we had been assigned. We would keep an eye on their progress and try to make them feel good about their game. At the end of the day, we are all in it together and we all want to be as successful as we can be as a team. It’s almost like a family and you shouldn’t be ashamed of how you feel about things.

“I feel honoured and privileged to be an ambassador for Mind. First of all, the club contacted me saying that there was an event going on called ‘Get Set To Go’. This was about a year ago and it was held at Charlton’s training ground. Just meeting some of the kids involved and seeing how happy they are gives you a good feeling and you try to help out in any way that you can. Since then, Mind got in touch and asked me to be an ambassador. I felt so proud and I was straight on the phone to my Mum and Dad about it – they are proud as well. I’m new to it, and I’m still learning, but I’m gaining from the experience. Sometimes experiences are tough and if you don’t get it right first time you try again and get better. I’m happy to help out with anything that I’m asked to do. 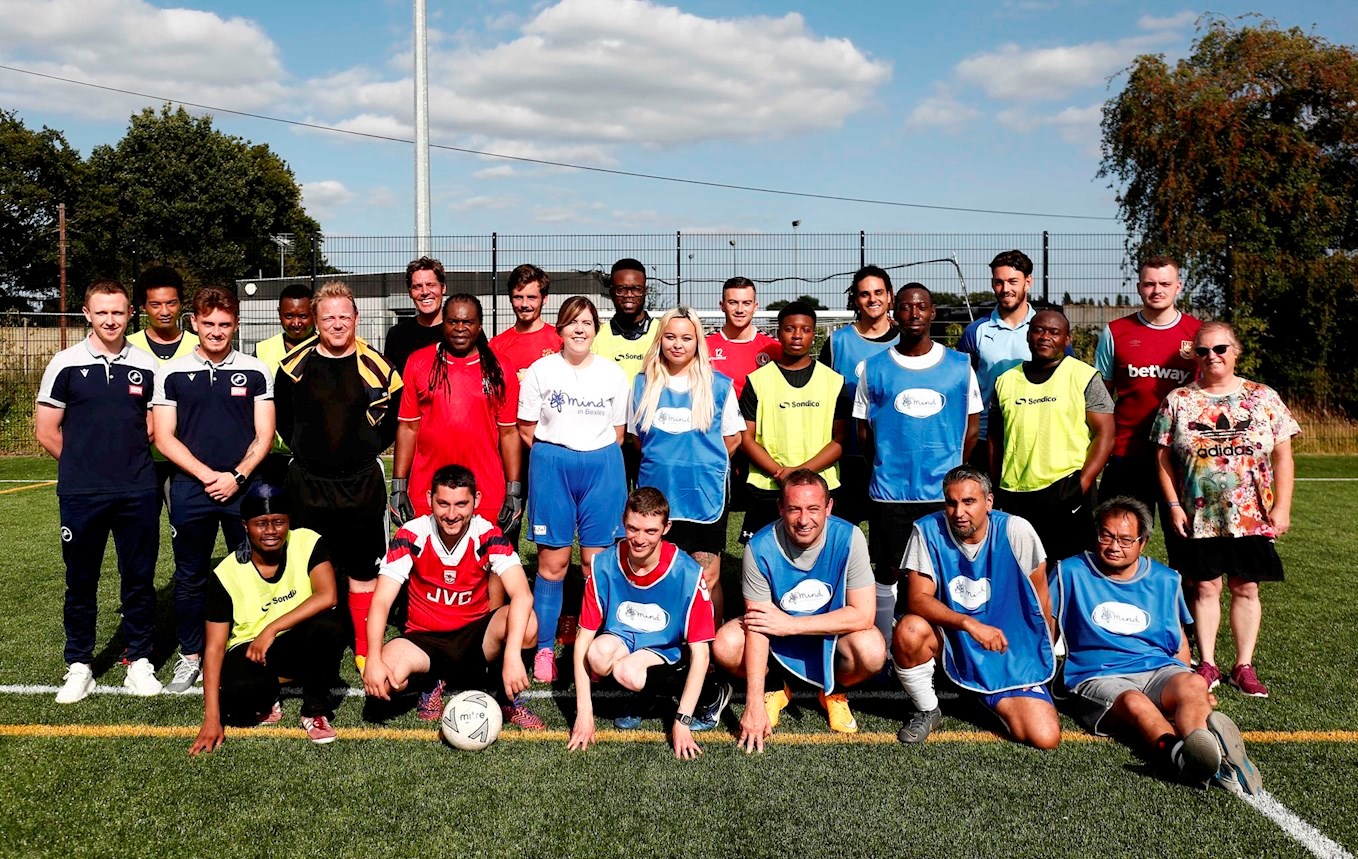 “The campaign called ‘Have Your Mate’s Back’ is one that people should be in touch with by having a conversation about anything. It hasn’t got to be about the dark times. At the moment, it probably does take over a lot of conversations. I do try to distract myself from everything that’s going on because sometimes you can get caught up in it. Maybe have a chat about football, old memories, or holidays in the past like going to Ibiza – that will definitely make you feel good!"

You can watch Will’s extensive interview with Scott below, which also includes our captain talking about the following: