As the football world pays tribute to former Liverpool, Spurs, and England legend Ray Clemence, we look back at a series of matches from 1986/87 that ended with our current manager grabbing the headlines.

There was little love lost between Spurs and Wimbledon when the Dons burst into the top flight during the 1986-87 season, writes Stephen Crabtree.

The picture above shows Glyn taking on the Spurs defence during the FA Cup quarter-final tie at Plough Lane.

The first meeting between the two teams that season at White Hart Lane in November had ended with each side reduced to ten men and the Dons winning 2-1, thanks to goals by John Fashanu and Alan Cork, but Tottenham took revenge by winning an FA Cup quarter-final in March. There was no way past Ray Clemence on that day as the man who won three European Cups with Liverpool frustrated the Dons in a 2-0 win for Spurs. 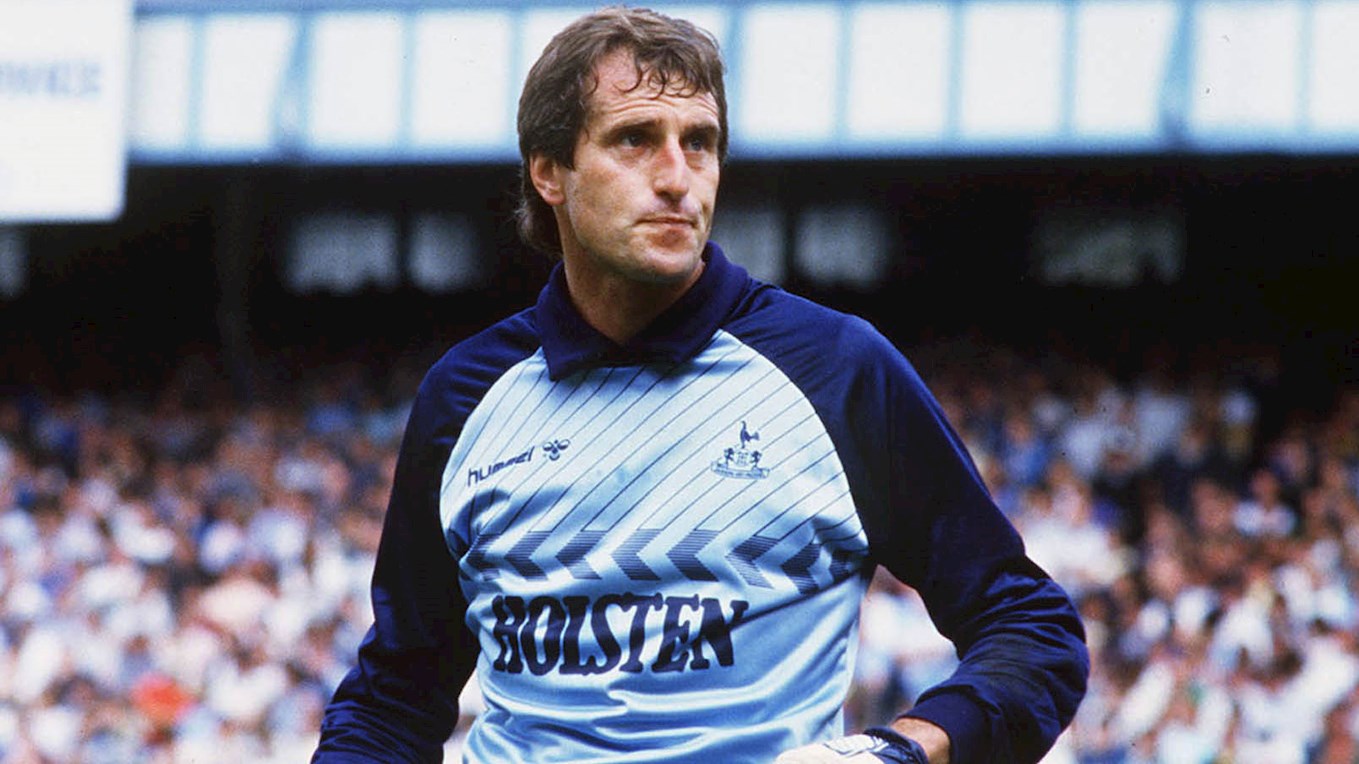 Within weeks, the star-studded north Londoners were back in SW19 for a return league match. Glyn Hodges had missed the first match at White Hart Lane, but he made up for that by scoring twice in a feisty 2-2 draw at Plough Lane. Nico Claesen and Mark Bowen had put the visitors two-up, before the match exploded in controversy midway through the second half. Dennis Wise tackled Claesen and after an exchange of words Wise threw the ball at the Belgian international, who reacted by throwing himself to the ground holding his face. In the confusion, Wimbledon centre back Brian Gayle was also dismissed. 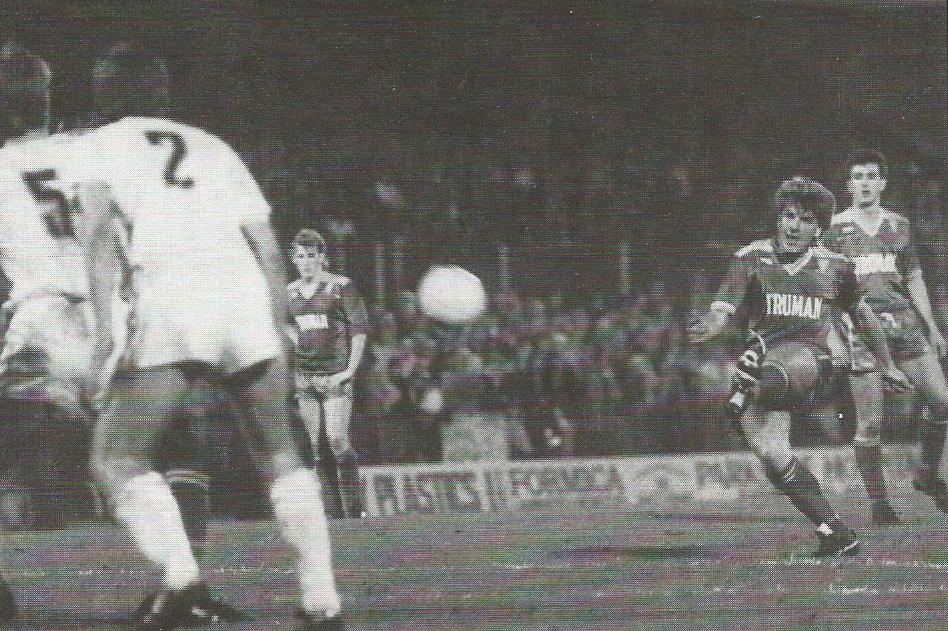 Fired up by a sense of injustice, the ten-man Dons swarmed all over a Spurs defence marshalled by Clemence, who earned 61 England caps during his fantastic football career. Glyn Hodges pulled one back when he scored from a direct free kick in the 71st minute and when the referee awarded a penalty with 10 minutes left the Welsh international was on hand to level the scores. 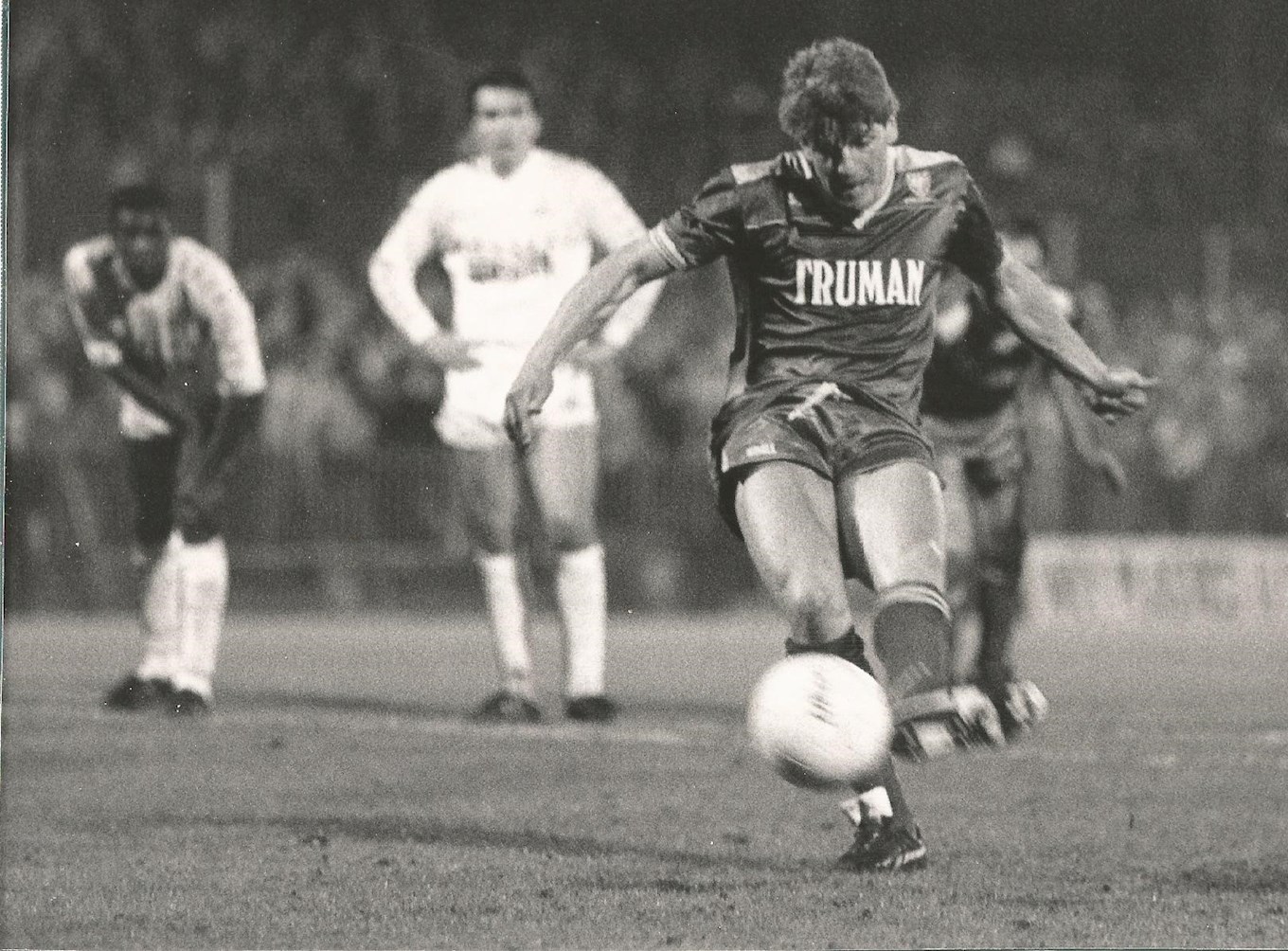 The pictures above show Glyn striking his two goals during the 2-2 draw at Plough Lane.

All at AFC Wimbledon were saddened to hear about the death of Ray Clemence at the age of 72 and our thoughts are with his family and friends at this difficult time.