Glyn Hodges has sent a message of congratulations to our Under-18s and academy staff after they won silverware on Tuesday night.

Winning the EFL Youth Alliance Cup at Rotherham provided a big boost to the whole club - and our manager believes it offered encouragement to young talents aiming to make the breakthrough to first-team football.

"It was brilliant, I watched it on YouTube," said Glyn. "I was cooking my dinner and I had the iPad on watching the game. It’s not often that goalkeepers score winning goals in cup finals, but I thought it was typical Wimbledon - they worked their socks off. They never gave up and they deserved what they got. It gives the boys a boost in confidence, and the next step for them is the FA Youth Cup. Can they now make a name for themselves in the FA Youth Cup? Off the back of that people will know that we have a successful youth team and a successful academy, so it will mean that younger boys will want to join our club. 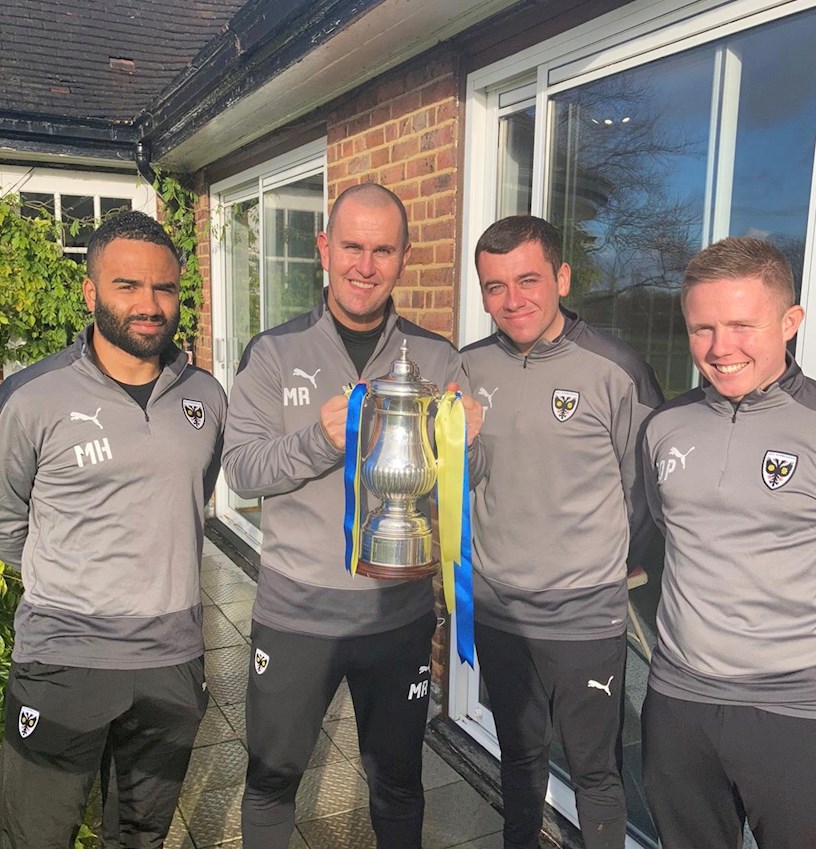 "Now that we are back at Plough Lane everything is falling into place and there’s a drive to be bigger and better. At a lot of levels it’s a very positive feeling, so congratulations to them.

"Robbo put the plans in place and the stepping stones for the academy and it's been a seamless transition. We are very supportive of it and two of the Under-18s from the other night trained with our first-team. There are opportunities for the boys, as they had all pre-season."

Watch Rob Cornell's full interview with Glyn ahead of Rochdale by clicking on the link below.