Wimbledon’s goalkeeping great Dickie Guy recently visited our new stadium – just down the road from where he became a club hero – and he talked to programme editor Chris Thorpe about the significance of our return home.

In case you missed the interview in a recent Back To Plough Lane programme, it is reproduced below.

Our Club President reflected on the 1975 FA Cup run, Plough Lane and getting back on the golf course…

Dickie, it’s great to catch up with you, how have you been keeping yourself busy during the past few months?

I’ve been playing a fair bit of golf recently, for the first few months of lockdown I didn’t really leave the garden but as time went on, I got back to playing some more golf which was nice.

Obviously, we are fast approaching our return to Plough Lane, what are your best memories of the old stadium?

Oh wow, I was there for eleven years as a player, for me it was heart-breaking when it closed down and we had to leave.

I remember I was walking past the ground one day and it was boarded up, so I actually went out onto the pitch there and the grass was so long and I began to get a lump in my throat.

Eventually a security guard came out and said “you can’t be in here” and you know I said “mate, I’m sorry I spent a lot of time here” and then I left – but it’s always brought back great memories for me, Plough Lane, I loved it down there.  I couldn’t bring myself to go to Selhurst Park very often, I only went down there on a few occasions, the club looked after me very well, but it wasn’t home for me. Fortunately, we’ll be going back to Plough Lane very soon.

You’re a London lad, born in Greenwich, was Wimbledon a club that you always looked up to when you were growing up?

Not at all no, I was a Millwall boy growing up, I played for Millwall and I was actually offered apprenticeship terms by the club, but there was a bit of confusion as my father didn’t realise at the time that if you signed an apprenticeship you couldn’t go back to being amateur, so at the time we declined to sign those terms. From there I went on to Tooting & Mitcham and I had a season there in which we played Wimbledon, who then went to sign me almost straight after that.

Who did you idolise as a young player and what made you want to become a goalkeeper?

When I was growing up it was Bill Brown at Tottenham and then obviously Gordon Banks and Peter Shilton. But for me I always rated Pat Jennings, and the reason I did that was because obviously in those days the balls were completely different to what they are now - nowadays you don’t see many keepers catching them – Jennings would always hold them in one hand sometimes when he was catching crosses. They weren’t as tall as some of the lads now but the game has changed completely now and to be a goalkeeper now you have got to be able to use two feet, which is something I was never able to do!

What do you make of goalkeeping nowadays? It’s changed so much hasn’t it?

What frustrates me most of the time nowadays with goalkeepers is that they hardly ever catch a ball - which is obviously down to how the new balls move slightly in the air – so it’s always been something I complain to my missus about.

The other thing which I don’t really like, which was started by David De Gea at Manchester United I think, is when they come out and spread themselves – he stops far too many shots with his legs, when he would’ve been better off going with his hands in the first place.

The best period of your career was the FA Cup run back in 1975, can you just describe what the increased national fame felt like for you personally during that time?

It was an incredible time, it started off in the previous game against Burnley where I was really busy in that game, and obviously it picked up some attention then but to go on to play one of the best teams in Europe, in the form of Leeds at the time in the following round was amazing. They did the draw for the next round when we were in the bath after the Burnley game, we weren’t afraid of playing anybody because Allen Bastford instilled so much confidence in us, we knew and felt that we wouldn’t be overrun.

He drilled things into us and we always knew we would show up – in the first half against Leeds I hardly had anything to do!

I really wish the Burnley game had been on television because the chairman at the time had banned all television cameras from the ground and ever since then we have been attempting to find some footage of that game as we had one of our guys at the game taking some footage, but so far it hasn’t to be. Then of course we played Leeds and that was unbelievable – we went out before the game onto the pitch and there must have been 46,000 at the game and they were chanting and banging on the hoardings round the side and I went to read the programme and thought “ah bloody hell, I’m having kittens here!” And then of course the game started and when you start to play the adrenaline takes over and you just deal with what happens – in the second half I got busier and busier and then obviously came the penalty save.

I’m sure Ivor (Heller) has told you that I nearly dived over it, Chris, because in fact I threw myself as far to the right as I could, so I had to pull my right arm all the way back to stop the ball going in, because on another day it probably would’ve gone in.

Similar to Seb Brown’s Play-Off final save in 2011 in a sense then?

Yeah, that was a brilliant moment!

Lastly, you’ve been President of the club since 2004, how will you feel when you see the team finally walk out back at Plough Lane?

Oh wow, I get very emotional when I talk about our club and I just hope that I can keep myself together when I walk out because I really will be emotional, it’s going to be incredible.

I’m a bit concerned about when fans will be allowed in – I just hope that they’ll start letting people back into the grounds soon because obviously the financial burden for us, the clubs in our league and the clubs in League Two is very hard to take. 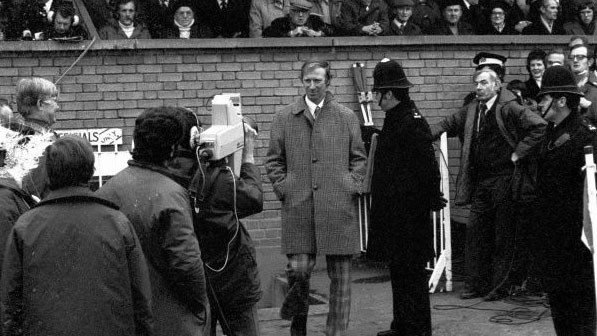 
All at AFC Wimbledon and football fans around the country were saddened by the news of England World Cup hero Jack Charlton’s death at the of 85. 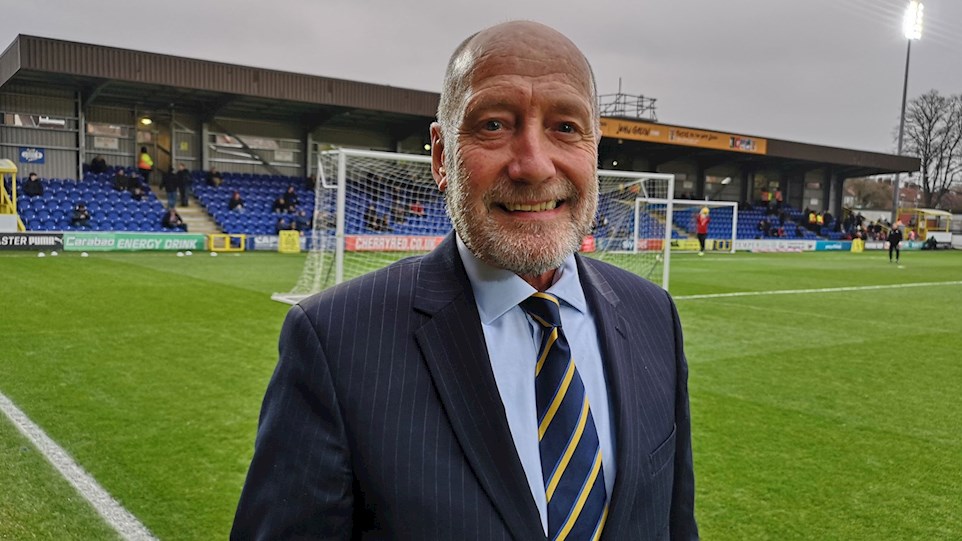 Congratulations to our Club President


Dickie Guy and his wife Josie today celebrate their Golden Wedding Anniversary and we congratulate the couple on reaching this milestone. 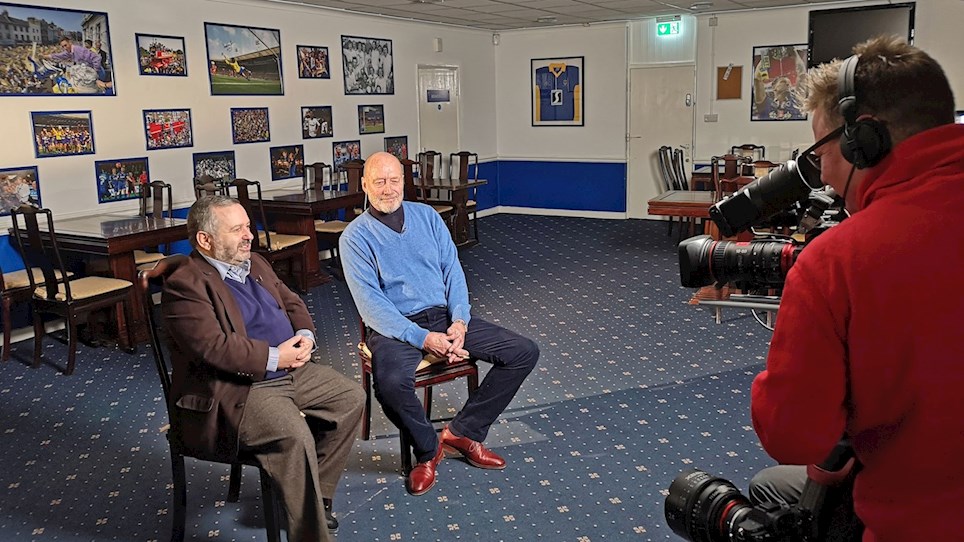 
Dickie Guy was interviewed recently for Soccer Saturday about his famous goalkeeping exploits – and the feature is well worth watching if you missed it!


Club President Dickie Guy’s football career could have gone in a completely different direction if he had decided to join Millwall as a teenager.