Glyn Hodges has no fresh injury worries ahead of the trip to Swindon Town - and Jaakko Oksanen will be included in the squad instead of going away on international duty.

On-loan Brentford midfielder Jaakko preferred to stay here to play for Wimbledon, rather than be a part of the Finland Under-21 squad for a match in Northern Ireland on Friday, though he will join up with his national side for the game versus Denmark in midweek.

Glyn said: "The plan is for Jaakko to fly out next week and fly back again, so he won’t miss any games for us. We missed him last time and that was due to a problem with the Covid testing. We had to have him tested and wait a day, so we are pleased that won’t happen. He’s here and he’s happy to be here. That’s what we are pleased about, he wants to play."

in his latest update, our manager reported that only Paul Osew  is currently on the treatment table with Ollie Palmer and Jack Rudoni having made good progress in recent weeks.

"It’s tough on the players I have to leave out, we have competition for places, and I am pleased with the squad I have assembled, but someone has to miss out as there are only 11 shirts," added Glyn. "While they will be disappointed, they have to be professional and be ready. That’s the great thing: we are probably one of the only teams to play three EFL Trophy games at a key time. We have got them in at the right time and the lads have got minutes under their belts.

“Jack looked sharp this morning, and he gives us an option. He has missed a lot of pre-season, so he’s probably not quite ready for 90 minutes, but the more he trains the closer he will be to the team.

"Ollie trained with us today, so he is getting closer. Paul Osew has got a hip problem, so he has been out since the Brighton game. That’s a bit longer than anticipated, but he’s having scans to see what it is so that we can put it right."

Glyn is looking forward to the game versus a Swindon side that have adapted well to life in League One, though he couldn't remember scoring twice in one match against the Robins when reminded of that today!

"I liked going there, Swindon was always a nice ground to go to and they were always a hard team to play against. It’s nice to go back there, they are doing well, and they did brilliantly to get promoted last season. I’m expecting a tough game. Swindon will have that confidence after coming up as Champions and whatever the result their confidence will be hard to knock. It’s another game that we will attempt to win.

"We will go there with an idea, we’ve been working on it today – planting some seeds as to how we want to go about things – and we will just put the finishing touches to that tomorrow, so that we are ready to go.”

To watch Glyn's interview with Rob Cornell in full click on the link below, via our official YouTube channel. 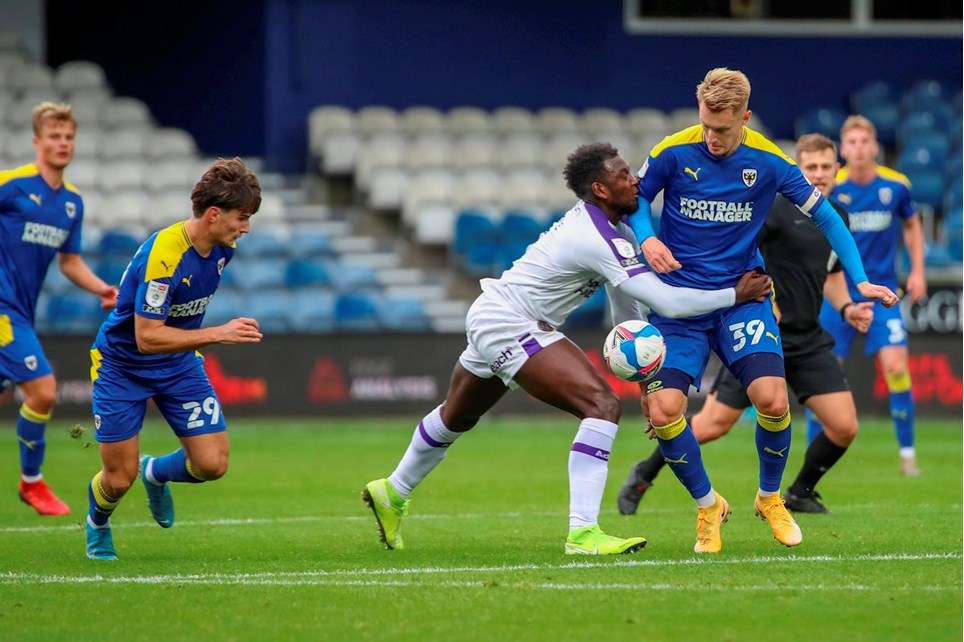