The picture above shows manager Dave Bassett leading the applause as fans and players celebrate after the final whistle at Leeds Road, Huddersfield’s old ground.

The travelling fans at Huddersfield that afternoon were left rubbing their eyes in sheer disbelief. Nine short years after seeing their team emerge from the obscurity of the Southern League, victory at Leeds Road meant supporters of Wimbledon were set to rub shoulders with the elite. A third promotion in four seasons meant Dave Bassett’s unfancied, under-funded team, would face Liverpool and Manchester United as equals.

Thirty-four years ago it was still possible to ‘do a Wimbledon’ and come from the non league game to reach the very top armed only with hard work and a fierce team ethic. The Dons’ remarkable consistency in the second half of the campaign – after losing 2-1 at Oldham Athletic in mid-January the team remained unbeaten in their last sixteen games – meant they had overhauled several big-spending clubs, including Portsmouth and Sunderland, on their way to promotion.

Rain, thunder, lightning and hail stones conspired to drench the five hundred or so supporters who were standing on the open terrace, but nothing could dampen the celebrations after Lawrie Sanchez’s 61st minute long shot had flown into the home net. The impossible dream had become reality. As then Prime Minister Margaret Thatcher put it: 'If we can sell Newcastle Brown to Japan, and if Wimbledon can make it to the First Division, there is surely no achievement beyond our reach.'

The picture below shows John Fashanu getting in a header at Huddersfield. 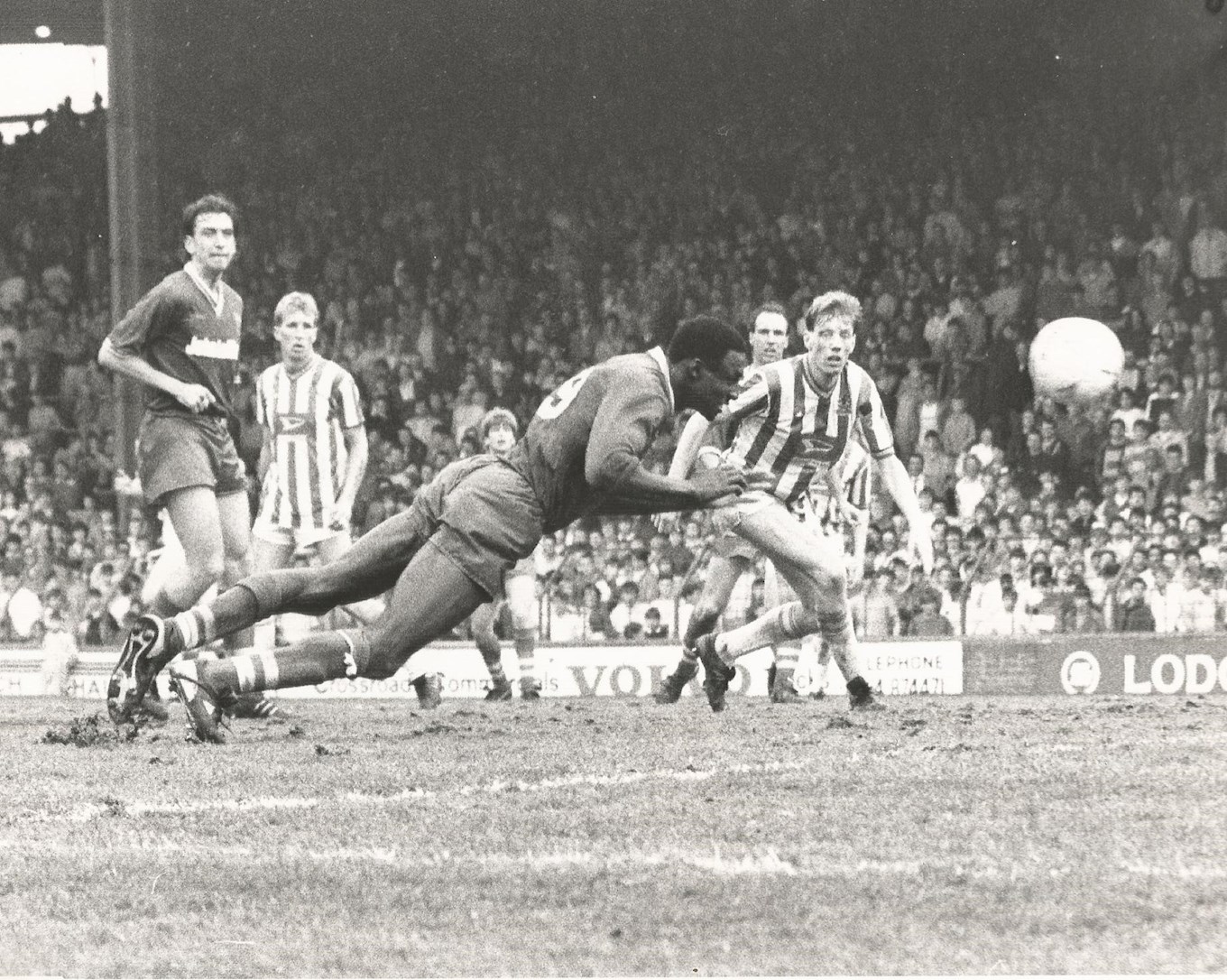