The Dons suffered late heartbreak today with a header by Leon Clarke proving to be the difference in a smash-and-grab victory for Shrewsbury.

The 1-0 win for Shrewsbury was certainly not merited as Wimbledon had the better chances, the hosts paying the ultimate price for failing to take their opportunities, and not defending the late corner that proved to be decisive. Certainly, Wimbledon had been much the better side in the first-half, but the Dons were unable to build on that after the break.

Glyn Hodges selected an unchanged starting line-up after that hard earned victory at Swindon last time out and it was also the same personnel on the substitutes’ bench. The Dons came into this match seeking a first home league win of the season against a Shrews side still without a victory in four League One matches so far.

It was a tight opening first 20 minutes with defences holding sway. In-form forward Ryan Longman looked lively early on and he twice came close to going through on goal, but he was denied by last-ditch Shrewsbury interventions. However, the first real chance fell to his strike partner Joe Pigott, who had his header saved by Dejan Iliev. Wimbledon had more attacks than their opponents in the first quarter of the match, but that save by the on-loan Arsenal keeper was the only real chance so far.

Pigott and Longman had worked up a very effective partnership in attack so far and it clicked into gear again on the half hour. A good defence-splitting pass by Pigott found his strike partner Longman, who initially did well to take the ball in his stride, but his shot was just wide from an acute angle. As the first-half progressed, Wimbledon started to find a bit of attacking rhythm and a good team move ended with impressive play on the left by Ethan Chislett, who cut the ball across the penalty area for Shane McLoughlin, but his goal-bound shot was blocked.

Apart from taking a couple of crosses, Connal Trueman had largely been untroubled in the Dons goal during the first-half with Shrewsbury having not created a chance. Having had the better of the first-half, there was a real opportunity for the Dons to kick on and get that landmark first home league win of the season.

Shrewsbury showed more ambition at the start of the second-half and they came close to breaking the deadlock early after the restart. Ryan Barnett did well to send over a cross into the danger area and an effort from Jason Cummings flashed just wide after the ball had rebounded back off him. The Dons coped well with a revitalised Shrewsbury challenge and started to gain a bit of momentum at the other end. Pigott cut inside and tried his luck, but his shot hit Ethan Chislett flush in the face, and the game was held up for a few minutes while he received treatment. Thankfully, Chislett got back on his feet and was back into the action, trying to find the key to unlock the door.

With 20 minutes left, Wimbledon came close to breaking the deadlock through Pigott, who struck a powerful effort from 25 yards that Iliev did well to tip over the crossbar. Shortly afterwards, Jaakko Oksanen started a nice move that ended with a lovely cross by Steve Seddon, but no one was there to get on the end of it. Oksanen had produced another assured display in the centre of the park after returning from international duty with Finland Under-21s.

It had just been the creativity in attack that was lacking against a well-drilled Shrews defence. Chislett shot well over the crossbar with 11 minutes to play, but at least it offered another encouraging sign as Wimbledon chased a late winner. However, there was a cruel sting in the tail at the other end. Leon Clarke pounced after slack marking from a corner to head home the winner in the final minute of normal time. There was no way back for the Dons. Certainly, on the balance of play defeat was harsh on Wimbledon, but there's a quick chance to make amends with a trip to Hull City up next. 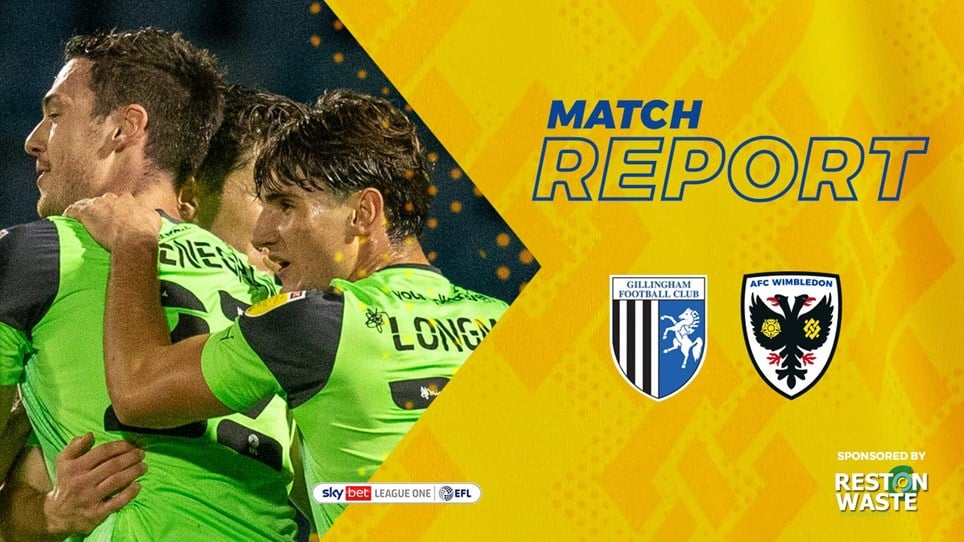 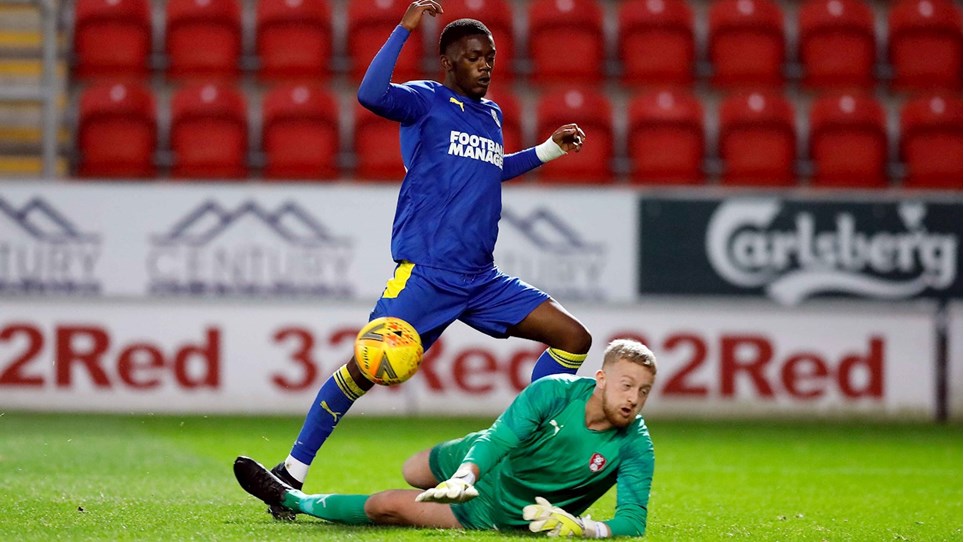