Glyn Hodges has today completed an exciting signing ahead of the trip to Fleetwood by bringing Steve Seddon back for a second loan spell at AFC Wimbledon.

The 22-year-old has signed on a season long loan deal from Birmingham City, making a return to the club where he made such a favourable impression back in 2019. Steve's all-action displays down the left flank included three vital goals in our Great Escape, most notably that last-gasp equaliser at Luton Town.

Glyn Hodges wasted no time in making Steve's return a reality after the opportunity arose to bring him back here.

"Steve did really well for us a couple of seasons ago and he was a fantastic acquisition back then," said Glyn. "When we spoke to him earlier this summer we thought we might have half a chance and it gathered momentum last week. When we had the chance to get it done it was something we were really pleased about.

"Steve was probably hoping to stay at Birmingham and get in the team there, but once he was told he wouldn't be in the squad he needed to get out and play. We are delighted that he has chosen to come here again.

"He will provide energy up and down the flank. He has come in at a time when Nesta is playing well. He has improved, assisted, and scored already, and we also have Paul Osew, so I have a lot of riches down that side. Steve will give us a bit of experience, and determination, so he will be an added bonus down the left hand side."

Steve made 18 league appearances for the Dons from January 2019 until the following May, culminating in the staying up celebrations with our fans on the pitch at Bradford, something he today described as the highlight of his career so far.

Since then, Steve impressed during a loan spell at Portsmouth last season, before the 2019/20 season was curtailed prematurely. Brought up in Reading, Steve joined Birmingham City as a teenager and he has made five first-team appearances for the Championship club.

Watch the full interview with Steve Seddon at Plough Lane below, via the link to our official YouTube channel.


Steve Seddon said it was a different kind of pressure for Wimbledon's squad as they geared up for that all-important finale at Bradford City.


He spent just five months at AFC Wimbledon, but Steve Seddon made a lasting impression on our supporters with his energetic displays on the left flank and three vital goals during the run-in last... 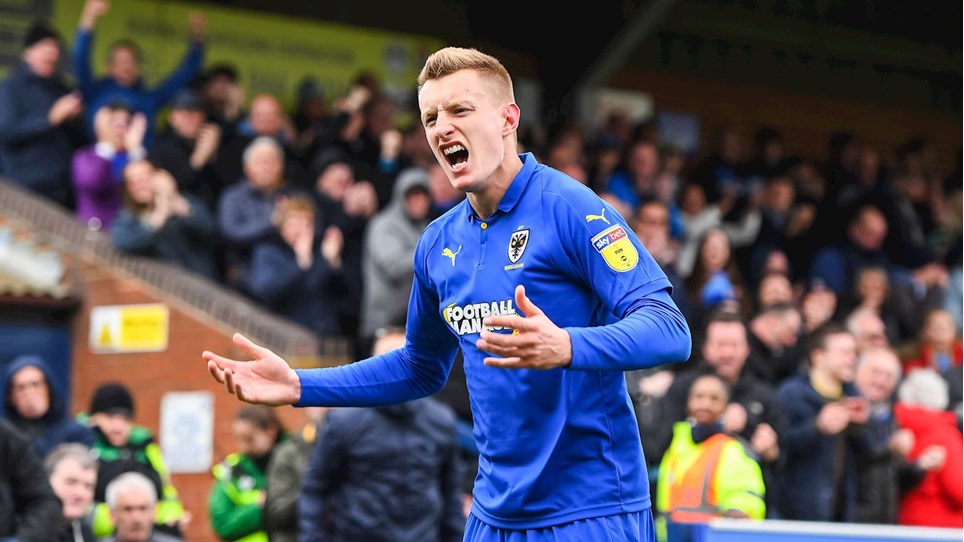 
It's exactly one year since the Dons earned a significant victory versus Wycombe Wanderers - and our former left-back Steve Seddon was a relieved man afterwards!

What a night! Relive 'the most dramatic of equalisers'


AFC Wimbledon took a major step towards completing the Great Escape with a battling draw at Luton Town a year ago – and you can relive this memorable night on our You Tube channel.