As we continue our countdown to the new League One campaign, we turn the clock back to a victory that put the Dons on the verge of the top-flight.

Fierce rivals as the clubs climbed through the divisions in the mid 1980s, the Dons have not met Hull City since a 1986 victory that left Dave Bassett’s team on the brink of a remarkable triumph.

Long-term Wimbledon fans left the ground rubbing their eyes in sheer disbelief. For so long followers of a non-league side, a twelve game unbeaten run had left their favourites on the verge of the Promised Land. Victory over Hull City meant that with four Second Division games left the Dons needed just two wins to enter the top flight for the first time. Recent signing John Fashanu was the difference as his two goals, together with a strike from Carlton Fairweather, saw the hosts home.

“We couldn’t cope with Fashanu and Cork up front,” Tigers boss Brian Horton admitted afterwards. “Wimbledon are a well organised side with a great manager. If they go up it will be a great feat. Their style of play is very exciting and they played with a commitment we just could not match.”

The fairy tale, nine year, rise from the Southern League was completed with 1-0 victories over Stoke at Plough Lane and away to Huddersfield. Little Wimbledon were in the big time.

“Our success is all down to Harry (Bassett),” Alan Cork commented after promotion had been secured. “There is just something about him that keeps us plugging along. He’s not like a boss, he is like a mate. When I first came to Wimbledon he was still a player and he hasn’t changed in the years since then. It is because of him that the players have stayed with the club. Quite honestly the money we get here is terrible but I have just signed a new two year contract!”

The picture above shows Carlton Fairweather competing for the ball. 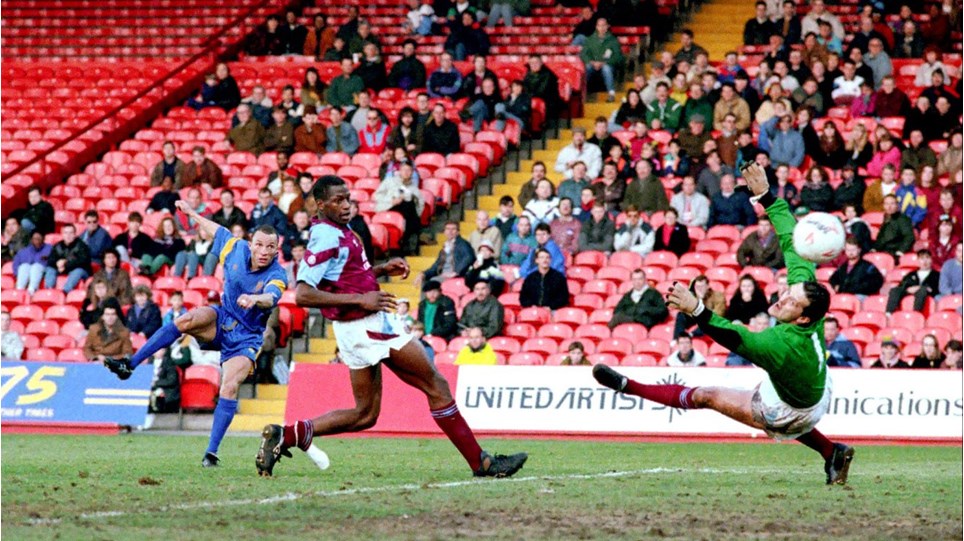 
We’ve this month started looking back at key matches in Wimbledon’s history with Stephen Crabtree selecting a memorable game from each of the last 31 seasons. 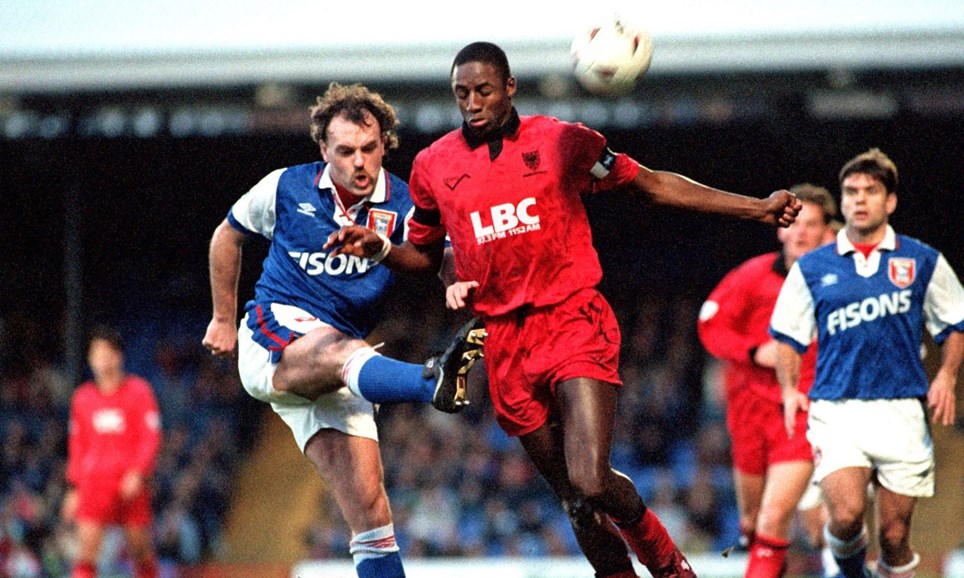 
We today continue our series on past matches against each of our League One opponents for 2020/21 by recalling a rare positive outcome against ‘The Tractor Boys’.