We are delighted to announce that Terell Thomas and Joe Pigott were your choices for last season’s Player of the Year awards.

Following an online vote, Terell, a virtual ever-present in 2019/20 with 36 appearances in all competitions before the campaign ended prematurely, was the number one choice for supporters. The centre-back is pictured above and below with the Player of the Year award. 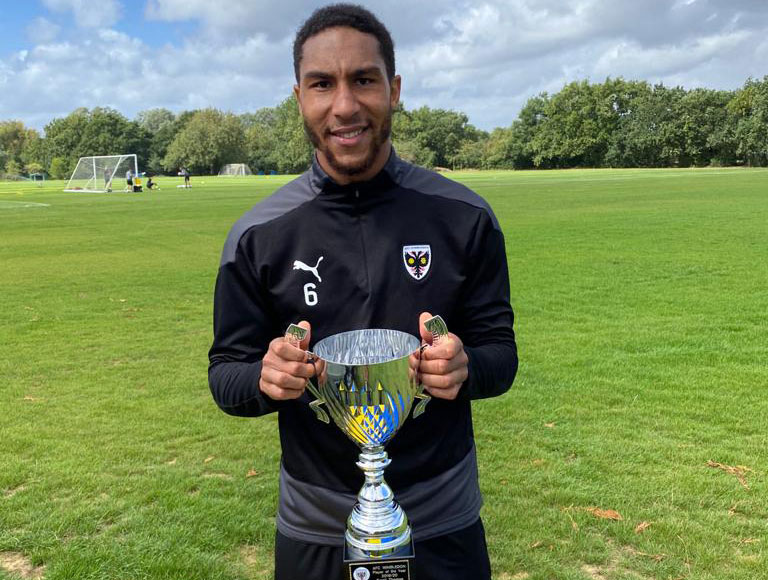 After being presented with the award, Terell said: “It feels fantastic that I’ve got the support of the fans. I thank the supporters that voted for me. Hopefully, I can maintain those strong performances into this season.

“Before I came here I hadn’t played many league games, but over the course of these two years I feel that I’ve matured a lot and I feel that I’m a bit of a leader at the back. I think I’ve got more progress to make as well.”

Terell also spoke about what it will mean to run out in front of our fans at Plough Lane. Click on the link below to watch the video clip.

The Player of the Year presentations were made recently with training ground protocols due to Covid-19 having to be followed. Joe Pigott received the Junior Dons Player of the Year award and he is pictured below with Isa Dabrowska, who has made a big contribution to JD admin in recent seasons. 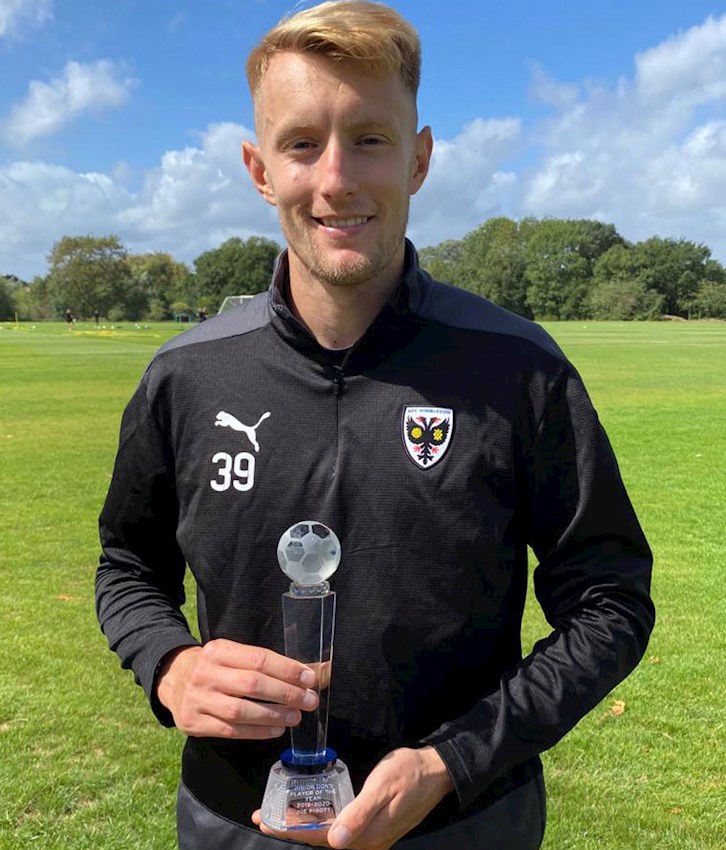 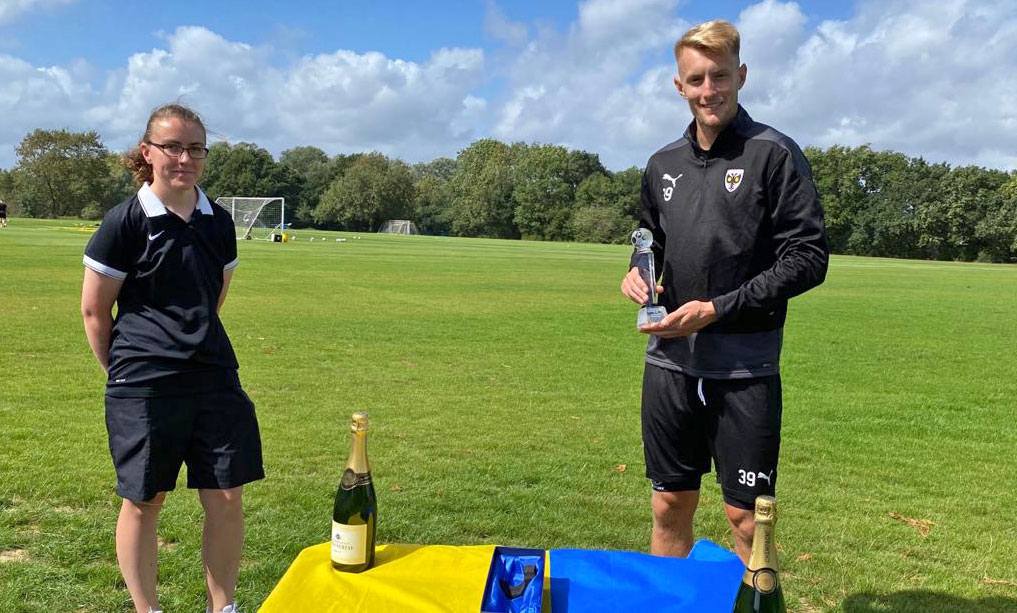 Joe has been vital to maintaining AFC Wimbledon’s League One status since he joined us in January 2018. The 26-year-old forward scored nine goals in 2019/20, leading the line tirelessly for the Dons, after striking 18 goals in the season before.

Marcus Forss was your choice for the Young Player of the Year after his fantastic contribution during the first half of 2019/20. The man from Finland struck 12 goals in 22 appearances for the Dons before injury curtailed his loan from Brentford. We are hoping to present Marcus with his award in the near future.

Congratulations to Terell, Joe and Marcus, and thanks to all the supporters that voted.