Paul Kalambayi took a vital step towards a first-team return by getting an hour under his belt for our Under-23 development squad today.

The 21-year-old defender, who has not played League One football since suffering an ankle ligament injury in the match at Crewe in January, will provide another option at the back for Head Coach Mark Robinson during the run-in.

Wimbledon were beaten 2-1 by Luton at the training ground in a match that turned on the referee’s decision to show a straight red card to Dan Csoka. The Hungarian defender was deemed to have made a professional foul just before half-time and the subsequent penalty was converted by Dion Pereira for the equaliser. That came after a 23rd minute opener by Corie Andrews, who was making his first Wimbledon appearance with an injury having prevented him from making an impact since joining us from Kingstonian. Andrews was in the right place to convert from close-range after a lovely cross from the left by David Fisher. 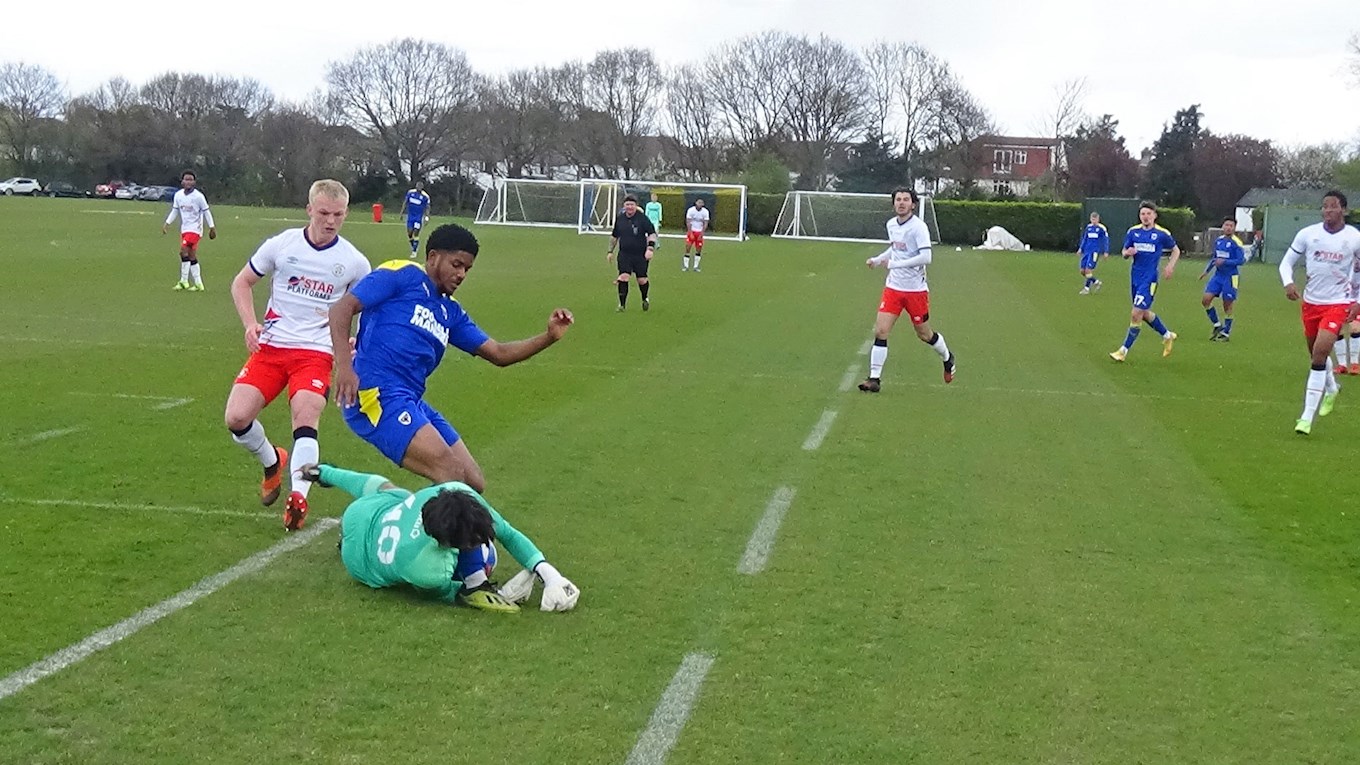 In a bright start from Wimbledon, Dylan Adjei-Hersey fired a free-kick against a post. Following the breakthrough by Andrews, Zach Robinson headed over the crossbar after getting on the end of a cross by Isaac Ogundere. Kalambayi showed his fitness with one dashing run from the back to set-up an attack with goalkeeper Matthew Cox having been untested in the first half an hour. However, Luton started to come into it before the break and Cox made his first save of the match five minutes before half-time. Then came the moment that changed the game when Csoka was sent off after a late challenge in the box that the referee felt warranted a straight red. Pereira subsequently left Cox with no chance to level the score.

Despite the numerical disadvantage, Wimbledon continued to attack and Robinson was foiled by a fine save shortly after the break, before a header by David Fisher also failed to beat the Luton keeper. With an hour on the clock, Kalambayi and Andrews departed after taking important steps in their respective recuperations. Mathew Cox made a superb save to stop Pereira from giving Luton the lead, but at the other end Robinson missed a gilt-edged chance.

What turned out to be the winning goal came in the 67th minute through Jack Chambers and the Dons were denied a late equaliser when Fisher had a shot brilliantly saved by the Luton keeper. Despite the defeat, there had been plenty of positives with first-teamers staking claims to feature during the run-in and young Dons showing their potential for the future.