AFC Wimbledon paid the price for missed chances in the second-half, as an early goal by Sam Woods proved enough to earn all three points for Plymouth.

Chances galore were squandered in the second-half as Wimbledon put Plymouth on the back foot for long spells in a dominant display after the break. The finishing touch eluded the Dons, allowing the hosts off the hook. Ethan Chislett, Ben Heneghan, and Ryan Longman all came close, but it was not to be for Wimbledon.

Mark Robinson made two changes to his starting line-up after the victory versus Northampton last Saturday. One of those was enforced with Alex Woodyard missing out due to suspension and that meant a return to the side for Ethan Chislett. Ayoub Assal was handed just his second league start with Jack Rudoni. Plymouth came into this match in 16th place and having steadied the ship in recent weeks by taking four points from the last two games after losing the previous six before that. Luke Jephcott, Plymouth’s top scorer with 18 league goals so far this season, was on the bench for the hosts.

Wimbledon started this match with plenty of possession and Luke O’Neill, who was handed the captain’s armband, tried a shot from 30 yards, but his shot flashed over the crossbar. However, the hosts marched into the lead with their first meaningful attack in the 11th minute. It was a very simplistic goal in its execution and a disappointing one to concede from a Wimbledon perspective. Tyrese Fornah got in behind Will Nightingale and produced a cross that picked out Sam Woods, who scored with an audacious flick from close range that left Nik Tzanev with little chance of saving it. Just minutes later and the advantage was almost doubled through Ryan Hardie, the Plymouth striker going clean through on goal, but Tzanev got down well to deny him.

At this stage, Wimbledon were struggling to contain Plymouth, the hosts causing problems down the flanks and Danny Mayor, a nemesis in the past during his time with Bury, was causing problems. Wimbledon attempted to conjure up a response and Cheye Alexander’s running down the flank acted as a spark. Again playing at left-back, Alexander sped down the wing and sent over a cross that eventually found Jaakko Oksanen, who had his shot deflected over. The hosts maintained a threat in attack and they came close to doubling the advantage when Alexander did very well to clear a shot by Ryan Ennis off the line.

In a first-half full of attacking intent from both sides, Ryan Longman produced a superb effort that so nearly brought the equaliser when he burst inside and unleashed a shot that Plymouth keeper Michael Cooper did very well to tip over the crossbar. From the subsequent corner, Will Nightingale was just unable to force the ball home, as Cooper saved brilliantly again. The half-time whistle sounded with the Dons 1-0 down and with plenty of work to do. Though there had been moments of attacking promise, there had not been enough of those moments, and Plymouth deserved to be in front at the break.

The Dons had a great chance to equalise just a couple of minutes into the second-half. Joe Pigott did very well to hold off his marker and head the ball in the direction of Chislett, but he sliced wide from eight yards out. At the other end, Danny Mayor created an opportunity for himself, but he shot straight into the arms of Nik Tzanev. As the second-half progressed, Ryan Longman's influence was increasing, his direct running causing real problems down the left flank. One rampaging run from the on-loan Brighton attacker ended with a cross to the near post that Joe Pigott came so close to converting.

Wimbledon really stepped up the intensity levels in the second-half, forcing Plymouth back and offering more threat in attack. Longman again fashioned another promising situation for himself, but he blazed over the crossbar. Then George Dobson, who impressed in midfield, was put through by substitute Jack Rudoni, but Cooper was out quickly to save. Rudoni had entered the fray just after the hour, along with Nesta Guinness-Walker, the pair replacing Ayoub Assal and Cheye Alexander. Mark Robinson made another change with 19 minutes remaining as Ollie Palmer was introduced for Pigott. The target man made an instant impact with his physicality and aerial ability offering another attacking option. Palmer almost came up with the equaliser when he found space inside the box and struck a fine effort that was deflected just wide.

As we entered the latter stages, Wimbledon continued to bang on the door. A fine cross by Palmer picked out Heneghan, but he headed wide of the far post. Despite a late rally, it was not to be for Wimbledon and Fleetwood at home on Easter Monday offers a chance to get back on track in the League One survival stakes. 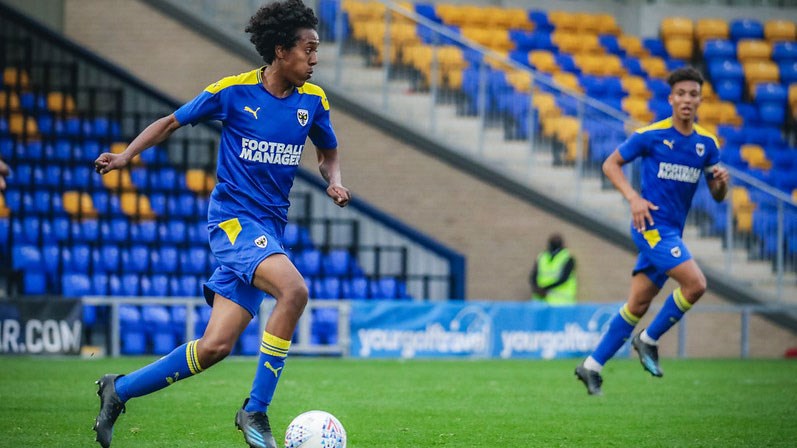 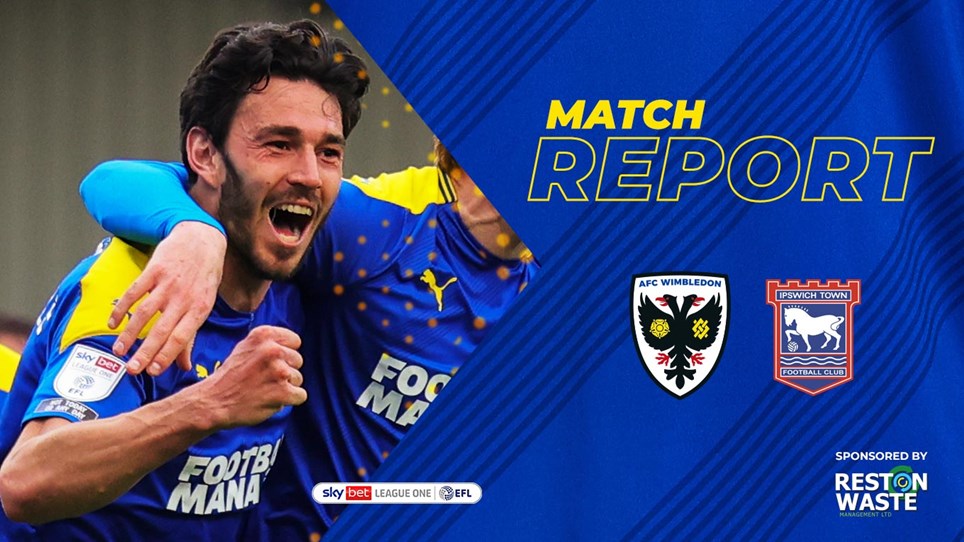 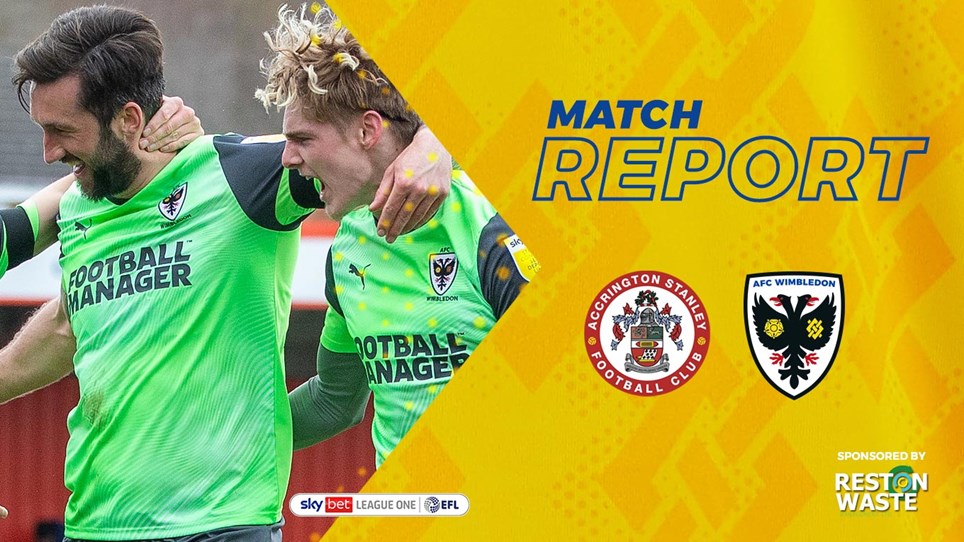 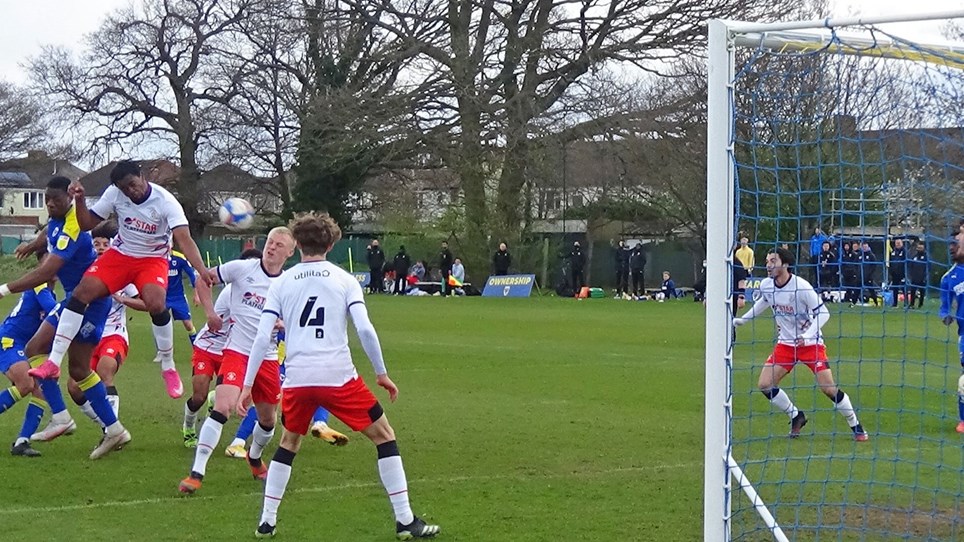